Gael Monfils is a professional French tennis player. On November 7, 2016, he reached the  Association of Tennis Professionals world No. 6 singles ranking. Moreover, he is the current no. 2 Frenchman and no. 10 single male players in Europe.

During his career at ATP tour, he won 7 tour-level titles and reached the semi-finals of the two Grandslams at the 2008 French Open and 2016 US Open. To know about his career, net worth, personal life and more, keep scrolling.

One of the famous players with a good personality, Monfils, must have a good net worth. Well, his current net worth is $10 million, which is totally worth it. Throughout his entire career, he has won $16,417,570 in prize money.

He must be satisfied with his net worth and is sure that his net worth gets increased in upcoming days. He owns a Mercedes SLR McLaren car which costs around €346,000. 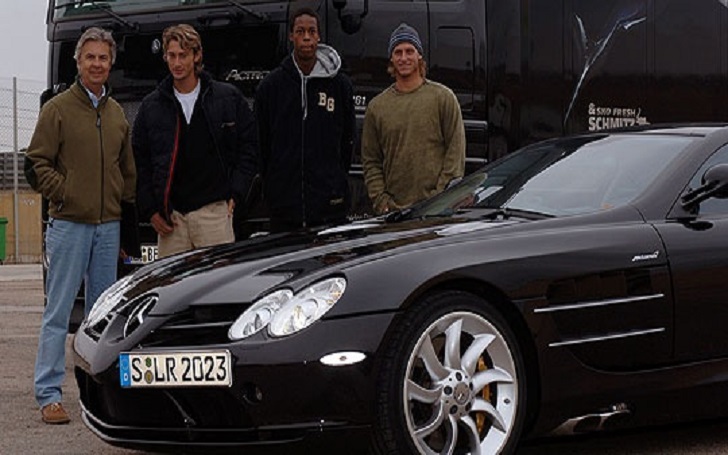 Furthermore, he owns a lavish mansion in Trélex, Switzerland. Also, he possesses another lavish estate in Miami, Florida worth $2.5-$4 million. The 2,000 square feet has three bedrooms and three bathrooms.

Monfils has a luxurious lifestyle. He is still active in his career so his net worth may increase in upcoming days.

Gael Monfils hasn't clearly mentioned about his wedding and wife so far but there are some rumors leading his marriage. As per some of the sources, Gale just got married in 2019, to his girlfriend Elina Svitolina in a private wedding ceremony but the details about the wedding are still under review. 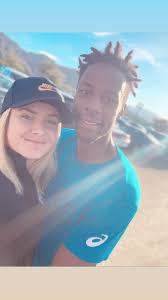 Monfils' wife Elina Svitolina is a professional Ukrainian tennis player and they confirmed their relationship at the Australian Open in January 2019. 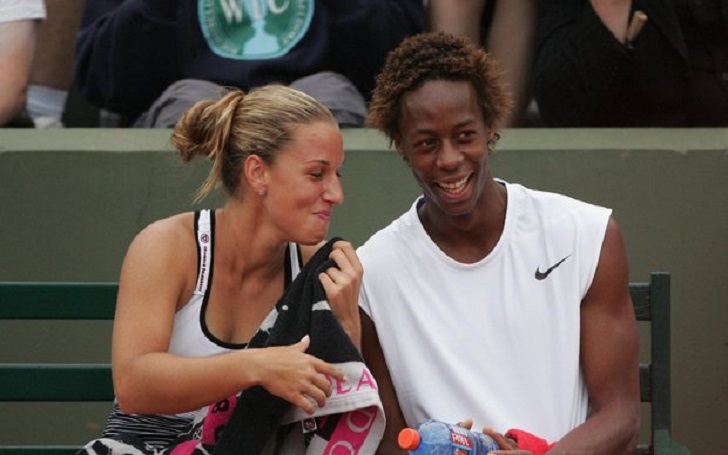 Thirty-two years old professional tennis player has a perfect height of 1.93 m. His nationality is French, and his zodiac sign is Virgo.

Gael Monfils was born on September 1, 1986, in Paris, France. His birth name is Gaël Sébastien Monfils. He was born to Rufin Monfils and Sylvette Caresse. His father is a former soccer player and his mother's nurse.

Monfils reached the world no. One ranking during his junior career in February 2004. He won all the major titles including Australian Open, the French Open and Wimbledon. Moreover, he also became the International Tennis Federation youth world champion. In 2002, he won the German Junior Open as well as he represented France in the junior Davis Cup.

In 2003, he earned his first career ATP point at the France Futures. Furthermore, he also won the doubles title at the Victorian Junior Championships along with Josselin Ouanna. Well, in 2004 he became the world no. 1 Junior after winning all four junior Grand Slam tournaments. In his ATP career at the Moselle Open, he reached up to the quarterfinal.

Following year his loss at games continued as he lost the Hamburg Masters with Novak Djokovic in his fourth round. Because of his best performance in the French Open, he became the no. 1 player in France. Although he participated in most of the tournaments in 2007 and 2008, he wasn't able to win even a single title. However, in 2009 he won his second ATP and was able to reach his first Masters final.

Moreover, in 2010 and 2011, he was able to capture the ATP title both year. He wasn't able to play well in 2012 due to the injury. Well, he came back to the game in 2013. And in 2014 he won his fourth ATP title. Monfils performed his best in all the tournaments and arrived in the world no. 15 ranking. But he did not win even a single title. Also, in 2016, he didn't win a single title. However, he just reached the semifinals of US Open.

During 2017, Monfils managed to reach beyond the round of 16 of the singles main draw only three times. He lost the singles third round of 2017 US Open and concluded his season citing knee injury. As of 2018, he won his seventh ATP title at the 2018 Qatar Open. He also won ATP challenger in Taiwan, defeating Top 10 player Ernests Gulbis on the way. He is currently ranked no. 38.