Elina Mykhailivna Svitolina is a Professional Tennis Player who turned pro in 2010. Being just 25-years-old, she has shown great potential in her tennis career being ranked No 6 currently and with a career-high ranking of No.3 on 11 September 2017. She currently trains under coach Marcos Baghdatis.

Born on 12 September 1994 under the star sign Virgo, sharing the same star sign as the famous Serena Williams. Her Parents are Mikhalyo Svitolin and Olena Svitolina who belonged to Jewish descent. She grew up alongside an older brother Yulian Svitolin in Odessa, Ukraine.

As a child, she noticed that her brother was getting a lot of attention from his father while playing tennis and this inspired her to take the sport of tennis as well. She started playing at the age of five.

The Young and Talented Elina Svitolina has a whopping net worth of  $17 million as of 2020. The major portion of her net worth comes from her gaming career. She also receives Brand deals and Endorsement deals from different sports-related industries.

The 25-years-old has bagged an incredible amount of $19,234,960 prize money by winning various tournaments. Reaching this feat at this early stage of her career is truly incredible and worth applauding. 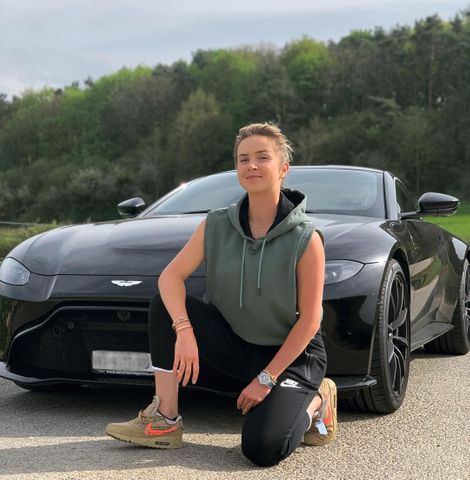 Reaching the top of the ladder means different brand deals and Sponsor deals. She has been sponsored since her early days. Yuriy Sapronov sponsored her early career and now there are different brands that pay her well for being a part of their team.

She has received Sponsorship deals with million dollar companies such as Nike, Wilson, Superior Golf and SPA Resort, POUSTOVIT, Jan Niche Concept, and EA Fit. Players from all around the world have endorsement deals with Nike such as Carolina Garcia, Serena William, Maria Sharapova.

Having the fandom that she acquired from her gaming career, the 25-years-old deserves all the spotlight that she can get and reach far greater heights than she has ever imagined.

She has been in a relationship with ATP tennis player Gael Monfils since the past year. They have been together for more than a year.

Gael Sebastien Monfils aka "Sliderman" is a French Profesional tennis player who turned pro in 2004 and reached a career-high ranking No. 6 in the ATP world singles ranking on 7 November 2016. 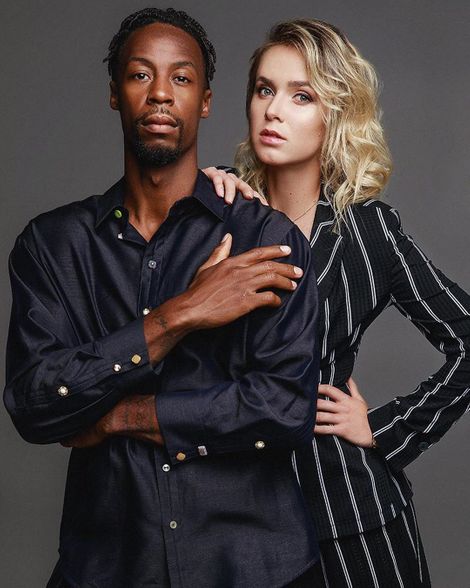 The Couple started an Instagram account that showcases what's going on in their love life. The travel and tour they take and, occasional dinner posts. They seem to be enjoying their love life pretty well.

The Gorgeous Elina Svitolina has an amazing height and a great body. Having trained every day can result in great changes to the body. The 5' 9'' tall has weighed 60 Kg. however, there is no exact information about her body measurement but she has a hazel eye color and her hair is golden brown. 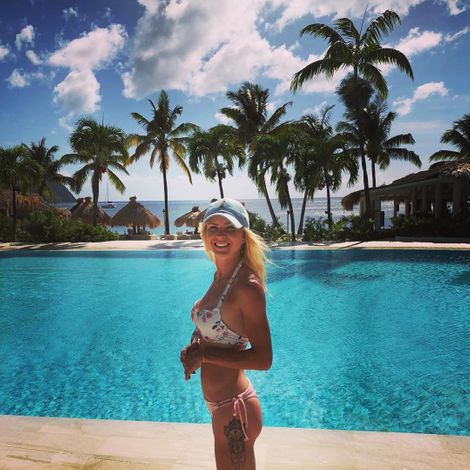 The 60 Kg has carved a tiger tattoo on her left thigh and confirms that it has deep meaning according to news.com.au. She links it to an old Latin Phrase Carpe Diem, meaning seize the day.

However, the 25-year-old was on a weight loss program since 2018 to help her in her career. She is trying to improve her game and play better in the Grand Slams. She is trying something different to see if it improves her game.

Established Her Own Foundation

Elina Svitolina has established her own foundation for the children of Ukraine. The Purpose of the organization is to promote and support young and talented tennis athletes.

“I am convinced that talented youth need to be fully promoted. Tennis has given me a great deal - and now it's my turn to help, share my experience and knowledge, and provide new opportunities for those who are just beginning their journey. My goal is to open the doors of great sport to children in my native Ukraine, and possibly also to light new Ukrainian stars in the world sports arena. Tennis will teach them self-discipline and the need to work on themselves with full value every day. These skills are valuable not only on the court but also in life, ”

The foundation provides Scholarship and educational program for young talents. The foundation holds charity events and other promotional events to raise funds for the effort.