Rejean Ellis who is also known as Boogie Ellis is an American Basketball player and currently, he plays for the Memphis Tigers and before that he was a team member of  Mission Bay high school basketball team.

Born on December 12, 2000,in Tennesse, he belongs to the Afro-American ethnic group. After completing his high school he was recruited by Duke Blue Devils but later on, he withdrew his name from the Devils and initiated his career and education at Memphis University.

Boogie Ellis does not get any specific salary being the point guard of Memphis Tigers where he is playing with Precious Achiuwa, instead, he gets a full scholarship from the college including lodging, fooding, and education which is worth $40,000 between $50,000 annually. 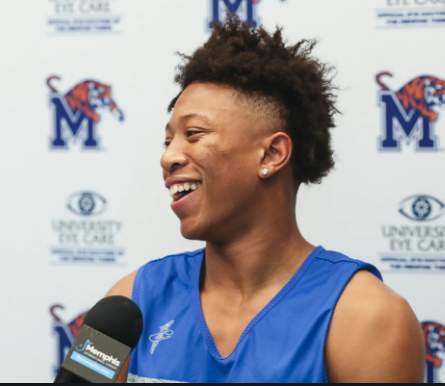 Boogie being one of the hot college prospects will soon announce for the NBA Draft and if he makes it to the NBA he will definitely get a staggering amount of money and contract worth millions.

The Memphis star posted a photo with an expensive car on his Instagram on June 5, 2019, which is expected to be worth thousands of dollars. The car could be his gifted by his parents as he doesn't earn by himself currently. One of his followers commented writing: "Mmm wonder where that money came from. Hey @iam1cent do you know where Boogie happened to get it from??" while the other wrote: "It ain’t no way u ain’t gettin paid by Memphis" 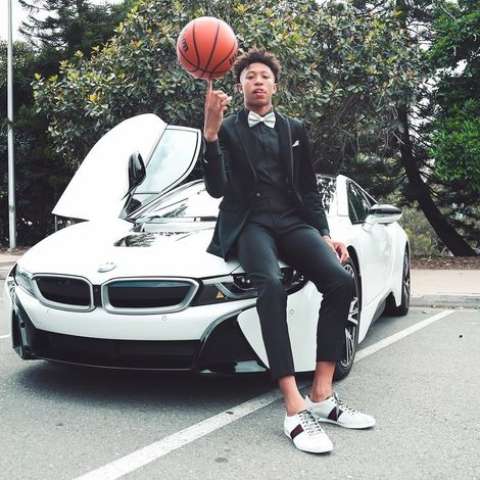 The 19 years old Boogie is not in the relationship with anybody as well as he has no past records of any affair. Boogie knows he has to work hard to improve his game and the competition for the NBA draft is very high, therefore he is engaged to improve his games and he wants to stay out of any distraction.

He is at the end of his teenage and still has a long time.

Good news for the female fans- Boogie is unmarried and single.

Although Boogie is the point guard of  Memphis Tigers men's basketball team, a year ago he enrolled at Duke Blue Devils where he did not stick long. He was committed to Blue Devils in 2018 where he was a teammate with players like Vernon Carey Jr and Matthew Hurt.

But Boogie withdraw his name from the Blue Devils after the return of  Tre Jones and in one of his interview he said:

“I’m just looking for the best opportunity to play point guard. Everybody in the country knows I can score the ball, it’s about if I can run a team and get people open. Me and my family thought it was best that I reopen my recruitment so that I could go to the best place that was going to allow me to do that,”

No matter what, the 19 years old point guard is propelling his education and career with the University of Memphis where he is a vital part of the Memphis Tigers men's basketball team.

Boogie has shown an athletic ability since his childhood age and following his dream, he joined Mission Bay high school where he initiated his way to be a milestone in NBA.

Though for his NBA is a long way, so far his ability and hardship will lead his to the NBA league. Currently, he is the point guard of Memphis and also appeared at Jordan Brand Classic.