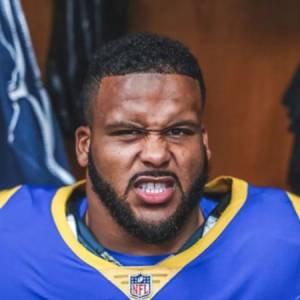 Aaron Donald is a professional football player who is playing in the National Football league(NFL) for the Los Angeles Rams as a defensive tackle. Los Angeles drafted him in the 2014 NFL Draft, and since then he is with the Rams. Donald has won several titles and awards including NFL Defensive Player twice and NFL Sacks leader, due to his outstanding performance.

Aaron Donald is the winner of the Outland Trophy, Lombardi, Chuck Bednarik, and many more. How much net worth and salary does Aaron Donald have in 2019? Who is Aaron Donald currently dating? Know about his girlfriend and children.

How much Net worth and salary does Aaron Donald have?

Donald started his career in 2014, and since then he has earned a considerable net worth of more than $50 million.

Aaron Donald is also famous for his unsportsmanlike conducts as he has paid a lot of money in fines.  He was fined a sum around $20,054 for passer against Derek Carr in 2018. Moreover, he has paid a total fine of around $125,489 so far.

Aaron Donald has a lot of expensive properties, and you will be amazed if you know about his cars and house since the cost of his assets is listed more than $10 million in current value.

Aaron recently bought a mansion worth $4.7 million located in Calabasas, California. The house was built in 1996, and in 2017, it was purchased by a businessman for $4,550,000. Besides this, he also owns some other houses, but the location and cost of his other properties is yet not revealed.

In addition to this, he also has a beautiful car collection which includes some of the expensive cars in the world. Well, the player with such a huge net worth and salary undoubtedly living a luxurious life. Due to his massive paycheque, he is fulfilling all his needs. In his early age of 28 years, he is able to make such a decent life since his earnings are beyond reach for some players.

Aaron Donald is currently playing under a huge contract which is signed on August 31, 2018, with the Los Angeles Rams. The total worth of the contract is $135 million for six years, and the contract also includes a guaranteed sum of around $86,892,000. After signing this massive contract, he was given a Karma Revero which costs $130,000 as a reward for his hard work.

Who is Aaron Donald currently dating? Know about his girlfriend and children

Aaron Donald is a 28 years old handsome and charming guy who has maintained a gap between his professional and personal life. He is also among the most followed football player as he has a huge fan following so far. So it is always interesting to discuss his current relationship status and details about his girlfriend. 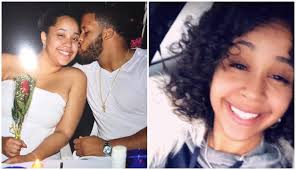 Donald and his girlfriend share two children; a son Aaron Jr. born in 2016 and a daughter Jaeda April 2013. 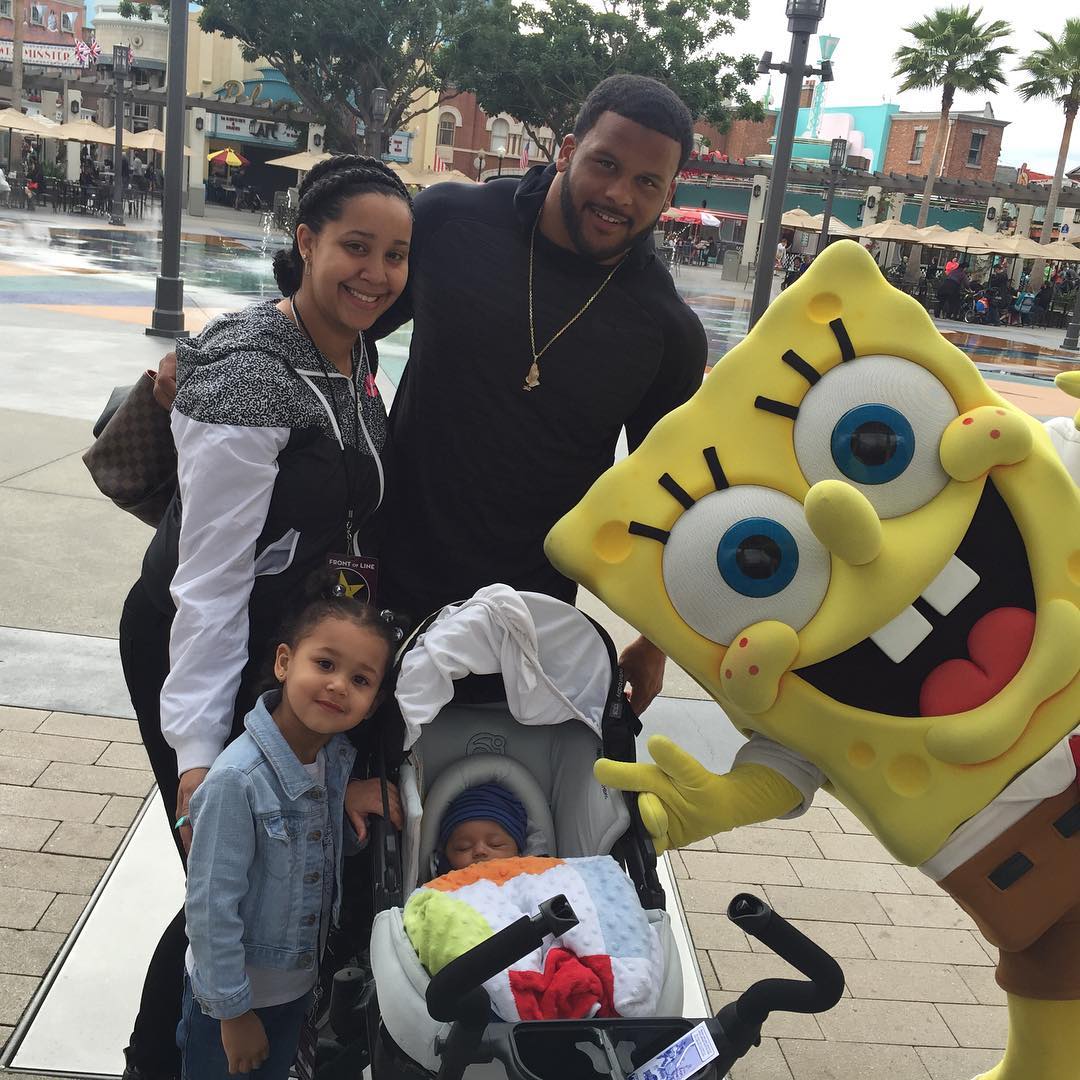 Aaron and his girlfriend might soon get married since they have been together for almost a decade, which shows that they are an example of a perfect couple. Apart from this, he credits his family for his success as he mentions that they always supported him on his games.

Aaron Donald's girlfriend Jaelynn Blakey was born in Pittsburgh, Pennsylvania, to American parents. She studied in the same high school where her boyfriend studied. She completed her graduation from  Penn Hills High School in 2010. She spent her childhood in Pennsylvania.

Who is Aaron Donald? His Bio, Parents, and Childhood

Aaron Donald was born as Aaron Charles Donald on May 23, 1991. He was born to parents Anita Goggins and Archie Donald in Pittsburgh, Pennsylvania. Donald spent his childhood with his siblings Akita and Archie.

He played high school football for the Penn Hills High School. After that, he attended the Pittsburgh University and played for the University team.

Aaron Donald is a professional football player who is playing in the National Football league(NFL) for the Los Angeles Rams as a defensive tackle. Los Angeles drafted him in the 2014 NFL Draft. Donald has won several titles and awards including NFL Defensive Player twice and NFL Sacks leader, due to his outstanding performance.

He started his career in the 2014 season, and since then he is playing for the Rams. Donald was listed in the NFL Top 100 Players of 2017 where he was ranked No. 15. Moreover, he was ranked as the best player of the NFL in 2019. Aaron Donald is the winner of the Outland Trophy, Lombardi, Chuck Bednarik, and many more.

There are some more biographies of NFL players available at Playerswiki.com. 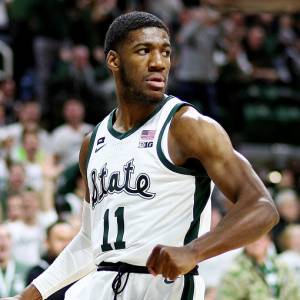 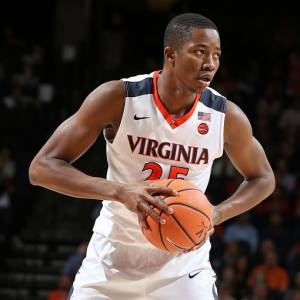 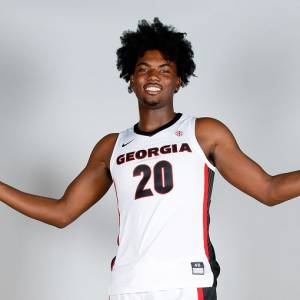 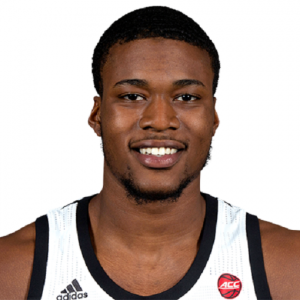 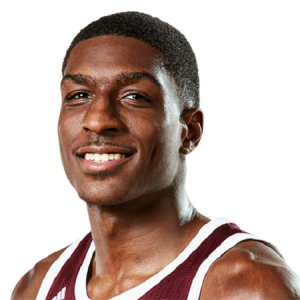 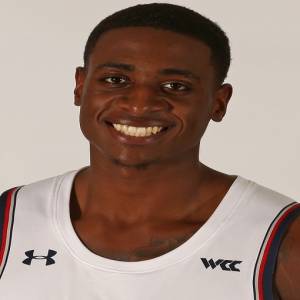 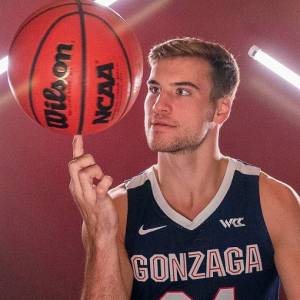 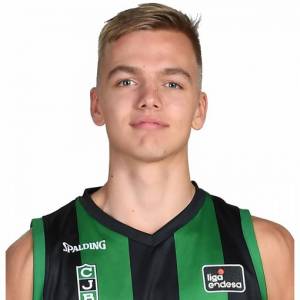 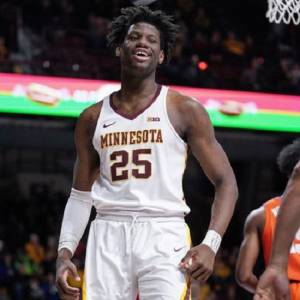 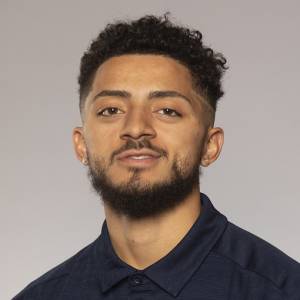 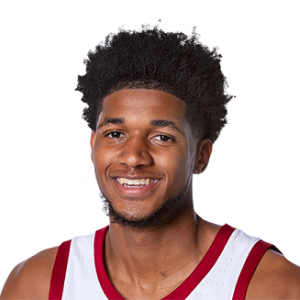