Erica Donald is the celebrity wife of American football defensive tackle Aron Donald. Erica is notably known for being the wife of Aron; however, she has also made her personality in the sports world. Furthermore, Erica is a sports marketer and has worked for multiple sports networks.

Erica began her career by working for the Rams in St. Louis. While glancing at her Linkedin profile, she has served as a vice president of player partnerships for game1, a content studio. Furthermore, the celebrity wife is an executive at Kanye West's sports marketing agency Donda Sports. Additionally, Erica is in charge of her husband's marketing strategy. Despite the fact that she is a celebrity wife, Erica has made her personality in the sports world.

The sports marketer Erica's net worth is not accessible at the moment. She has been active in the field since an early age. Therefore, Erica must be gathering valuable money from her professional career. Exploring her working career, the celebrity wife's net worth is millions of dollars. 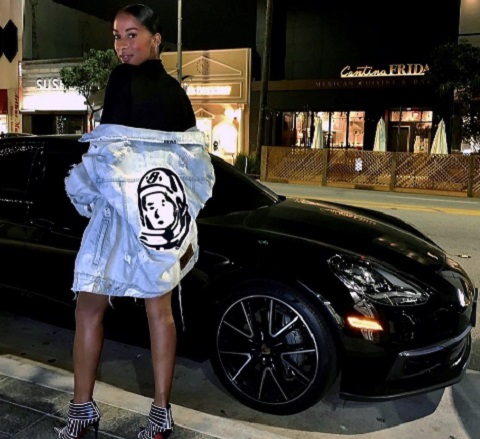 Likewise, Erica lives a luxurious life with her husband and family. She often flaunts her lifestyle on her social media handle, where we can see Erica loves wearing designer dresses, and both the pairs love having lavish life.

On the other hand, Erica's husband, Aaron, has a net worth of $30 million. And he is one of the highest-paid players in his squad.

Aaron's wife, Erica, was born on July 20, 1991, and she is a native of California. Erica grew up with her sister, Alana, and brother, Raymond II, who tragically passed away in 2003. More, she attended Louisiana State University Erica received her further study in mass communications and PR in 2012.

Erica's father's name is Ray Sherman. Meanwhile, her mother is Yvette Sherman. She worked in the sports media and interned on multiple networks, including at the St. Louis Rams franchise, Fox Sports, and Mary Kenealy Events.

Erica and Aaron were in a relationship for many years before tying the wedding knot. However, the couple managed to keep their relationship private and quiet. Erica and her partner welcomed their first child, Aaric, in September 2021.

Erica is also stepmom to Aaron's kids from a previous relationship, Jaeda and Aaron Jr. The powers couple announced their pregnancy news through an Instagram post on the special occasion of Aaron's birthday. 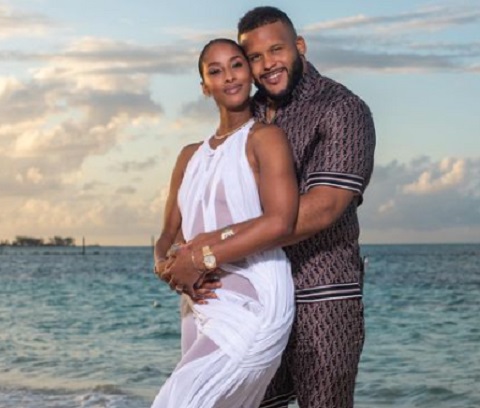 Likewise, their son Aaric was named after Erica and her partner's name combination. Besides all, Erica is a caring and loving mother and wife to her kids and husband. You may explore more about Rabea Bohlke's bio; who is married to a professional footballer, Robin Gosens.

Erica is hyperactive on her social media handle and active on the platform under the username @ericadonald99, where she has gathered more than 34k followers. More, Erica often shares her pictures on her Ig handle, where we can see that Erica and her husband recently celebrated Aaron's birthday.