The current small forward of the Houston Rockets, P.J. Tucker is a professional basketball player. He began his professional career in basketball in 2006 when he was drafted by the Toronto Raptors.

Tucker spent early years of his career in international leagues but returned to NBA in summer of 2006 to reach the height of his professional plays. Since his return, he has found success in NBA and has managed to become financially successful.

Tucker spends his money just as big as he makes it. He likes to keep up with fashion and is obsessed with sneakers and shoes. He claimed that he spent $200,000 to buy sneakers alone in the last season.

He also bought a $25,000 beaded Balmain jacket while in Paris. It is a good thing that he earns as much as he does to afford his expensive lifestyle.

P.J. Tucker is a married man. He tied the knot with his long-time girlfriend, Tracy Tucker. 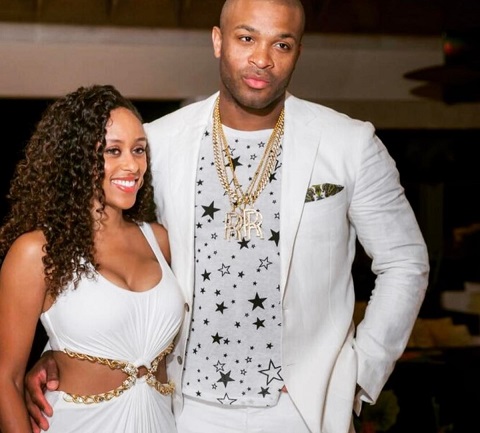 He is also a father to two children; daughter Aliyah Tucker and son King Tucker. 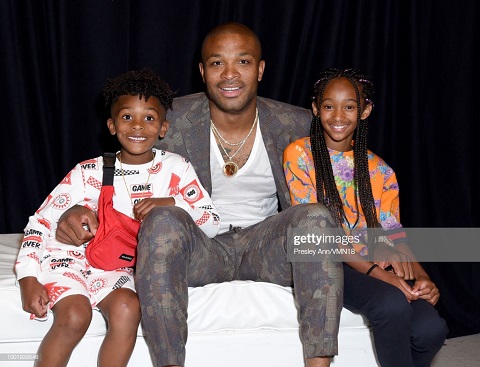 Though he is together with Tracy at the moment, the two did split up for a while in the past.

It was rumored that the two separated due to Tucker having an external girlfriend while he was married. The two have since then reconciled their differences and have continued to stay together as husband and wife.

Anthony Leon Tucker Jr. was born on May 5, 1985, in Raleigh, North Carolina to parents Anthony and Aleshia Tucker. While studying at the William G. Enloe High School in Raleigh, he played basketball for his high school team.

After graduation, he enrolled at the University of Texas where he continued to play basketball at the college level. He played three seasons at Texas and recorded 1,169 points stats.

In the 2006 NBA Draft, the Toronto Raptors drafted P.J. Tucker with the 35th pick. Tucker signed a two-year deal with the Raptors on July 26, 2006. He only played for one season with the Raptors with the total time of 83 minutes in court. To open up a sport for Luke Jackson, the Raptors waived Tucker on March 24, 2007.

For the 2007-2008 season, Tucker played in the Israeli Premier League for Hapoel Holon. During his season with the Holon, he won the MVP trophy and led his team to the league title. The following season, he signed with BC Donetsk.

He became a Ukrainian SuperLeague All-Star during his time at the league and led the team to third place in the league. He renewed his contract with Donetsk for the 2009-2010 season but later in March 2010 was signed to Bnei Hasharon until the end of the season.

P.J. Tucker was signed by Aris BC for the 2010-2011 season in August 2010 but was released in March of 2011. He later signed with the Sutor Basket Montegranarao in Italy.

Tucker was signed by the Brose Baskets Bamberg of Germany in July 2011. He helped the team to the 2012 championship and also won the Finals MVP award.

Tucker returned to NBA in the summer of 2012 and played for the Phoenix Suns' NBA Summer League team. He signed a two-year deal with the Suns on August 1, 2012, with a team option in the second year.

He showed outstanding results with the Suns and was picked by the Suns for his second-year option. He re-signed a three-year $16.5 million contract with the team on July 23, 2014.

After three more seasons with the Suns, P.J. Tucker was traded back to the Toronto Raptors on February 23, 2017, in exchange for Jared Sullinger, second-round draft picks in 2017 and 2018.

His stay at the Raptors was rather shortlived, as he signed a four-year, $32 million contract with the Houston Rockets on July 6, 2017.

On October 17, 2017, Tucker made his debut with the Rockets was against the Golden State Warriors who had NBA stars like Stephen Curry, Kevin Durant, and Klay Thompson.