NFL Player Turned Executive Ozzie Newsome is the executive vice president of player personnel of the Baltimore Ravens of the National Football League (NFL). He was a tight end for the Cleveland Browns during his stint as a player. Also, he was the general manager for the Ravens from 1996 to 2018. What's more? He was inducted into the College Football Hall of Fame in 1994 and 1999; he was into the Pro Football Hall of Fame.

Muscle Shoals, Alabama native Ozzie Newsome was born on March 16, 1956. His birth name is Ozzie Newsome Jr. He holds an American nationality and is of Afro-American ethnic background. He finished his high schooling at Colbert County and finished his collegiate football career at Alabama (1974–1977).

It is unclear how much Newsome earned during his playing career. However, the source claims, "The NFL strikes in 1982 and 1987 led to an explosion in salaries because the players won the rights to get more team revenues and the ability to bargain collectively. That helped average salaries go from $198,000 in 1986 to almost $800,000 by 1993."

Ozzie Newsome is a married man. He tied the knot with Gloria Newsome a long time ago. They met as a student at Alabama in Newsome's senior year.

The couple is blessed with a son named Michael Newsome.

Newsome is not shy to flaunt his love life in public. Mr. and Mrs. Newsome often appear together at events. There are no rumors regarding Newsome's extramarital affair or conflict in their relationship. Must say, Newsome, is a loyal husband and good father to their children.

Career As An NFL Player

In the 1978 NFL Draft, Newsome was the  23rd pick of the Cleveland Brown in round one. He had his entire playing career with the Browns with 662 receptions and 7,980 yards with 47 touchdowns, fifth all-time. 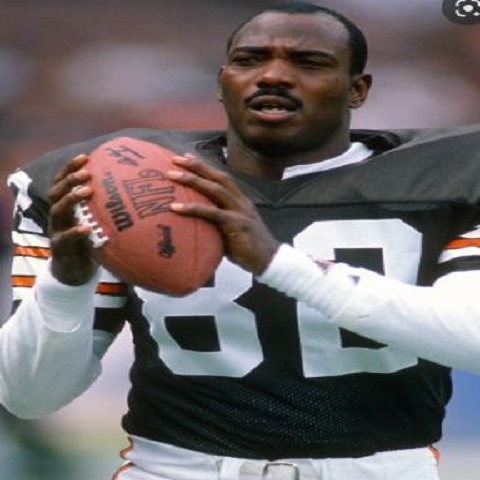 Career As An Executive

In 1991, Newsome was appointed the Assignment scout. In 2993, he became Assistant to the head coach/offense/pro personnel. From 1994 to 1995, he was Director of pro personnel and then Executive vice president/player personnel.

In 2002, he became the general manager of Ravens, a position he held until 2018. Since 2019, he has been Ravens's executive vice president/player personnel.