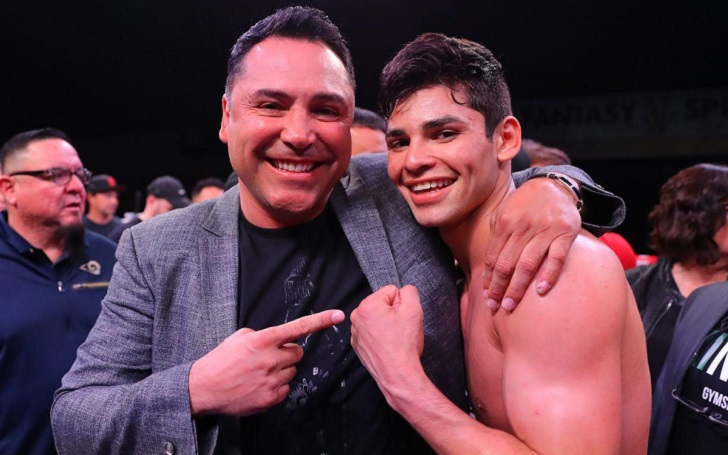 Since then Garcia (19-0, 16 KO’s) co-featured in the Sergey Kovalev-Canelo Alvarez light-heavyweight world title but on November 2 at the MGM Garden Arena in Las Vegas and proved his worth knocking Romero Duno out cold within the first round of the bout.

Continuing his undefeated streak, the 2017 ESPN prospect of the year is looking forward to starting his 2020 campaign co-headlining February 14 event as the Honda Center.

Although the promotion recently signed the 21-year-old boxer with one of the most lucrative deals (offered to a boxing prospect), De La Hoya has something bigger in mind- help Garcia to become a biggest superstar the boxing has ever seen.

The then pay-per-view king wants to get Garcia a deal worth $700 million that would be the highest paying athlete contract in history- twice more than Canelo Alvarez’s $360 million deal with DAZN.

"Just like I got Canelo the biggest contract in sports history at the time, I can probably get double for King Ryan when the time is right — when he becomes world champion — when he has several more years under his belt."

The WBC Silver lightweight champion has amassed a perfect start with 19 fights undefeated and 16 KOs but Ryan still has a lot to do to prove that he is worthy of that huge amount- at least win a world title first. It has just been three years since 2016 he got into pro rankings and is yet to compete against tougher lightweights like:

While Canelo waited for 13 years since turning pro to get the $360 million deal, Ryan will have to defeat most if not all of these aforementioned boxing superstars to prove that he’s naturally worthy of a $700 million contract.

Is Daniel Cormier Still Up For A Super Fight With Brock Lesnar, After Miocic Fight? 6 days by James