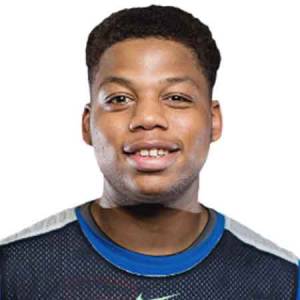 Omari Spellman is an American professional basketball player who plays in the National Basketball Association (NBA). As of 2018, Omari Spellman currently plays for the Atlanta Hawks as their Power Forward.

As a Power Forward, Omari Spellman reportedly earns around $1,620,480 dollars as his yearly salary from Atlanta Hawks. He has just started his career in NBA, so, his net worth is yet to be reviewed.

Omari Spellman was born on July 21, 1997, in Cleveland, Ohio to parents, Willie Spellman and Teresita Jones-Thomas. As per his nationality, he is American and belongs to Afro-American ethnic group. Further, his star sign is Cancer. He grew up along with his siblings, Taiyer Parks, and Arashma Parks.

Spellman had a good career in college basketball and averaged 10.9 points, 8 rebounds, and 1.5 blocks while playing for the Villanova University. He declared for the 2018 NBA draft and was selected by the Atlanta Hawks with the 30th overall pick. 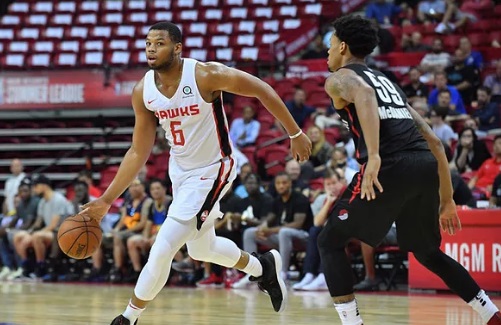 Spellman officially signed with the Hawks on July 1st, 2018. Till now he played a total of 21 games for the Hawks. Till now, he scored an average of 6.6 points, 4.7 rebound, and 1 assist per game. He plays for the Hawks along with players like Justin Anderson, Trae Young, Jeremy Lin, Kent Bazemore, Miles Plumlee, etc.

There is less information regarding the personal life of Omari Spellman, about whom he is dating or in a relationship with. Spellman who is in the early twenties hasn't revealed anything about his dating affairs.

Stalking through his Instagram page, we can conclude that he is probably single at the current time. He mainly posts of him playing basketball. This shows his love for the game and how much he is focused on his career rather than in relationships.

Omari Spellman has signed a multi-year contract with the Atlanta Hawks in 2018. Further, the NBA player has an average salary of $1,620,480 dollars annually.

Omari Spellman so far has made earnings of $1,620,480 dollars from a year of his NBA career.

Other than being a famous NBA Power Forward, Omari Spellman is pretty famous in social media. He has 33.8k Instagram followers and 5.3k Twitter followers.

Facts and stats of Omari Spellman

Omari Spellman is not only a world-class athlete but also has a very attractive individual. The Famous NBA star is 6 feet 9 inches tall and weighs around 111kg.