Denys Oleksandrovych Boyko, simply known as Denys Boyko, is a Ukrainian professional footballer signed to Dynamo Kyiv as a goalkeeper. A full international since 2014, he has earned seven caps for the Ukrainian national team and has represented his youth national teams in various age levels.

Klev, Ukrainian SSR, Soviet Union native Denys Boyko was born on January 28, 1988. He holds Ukrainian nationality. He was born to his father, Oleksandr Grygorovych Boyko. Boyko has a height of 6 feet 5 inches and weighs over 85Kg.

Regarding Boyko's net worth, Dynamo Kyiv's goalkeeper has an estimated net worth of over $1 million; his contract with Dynamo Kyiv ends on June 30, 2023, and has a current market value of €1.00 million, last updated on December 20, 2021. His highest recorded market value is €5.50 million. 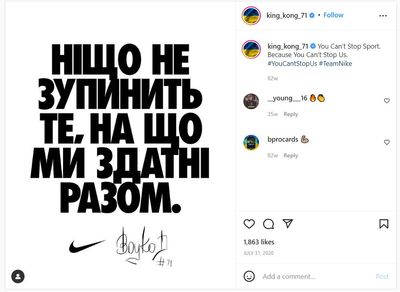 As football athletes make good earnings through endorsements and sponsorships, Nike endorsed Denys Boyko. We found his endorsement deal on his Instagram, and he loves posting them on his social platforms.

Who is Denys Boyko's Girlfriend? (Affairs and Relationships)

Boyko shares a romantic relationship with Lera, and the love birds have been dating for a long time. Boyko and Lera are often seen together in their family ceremonies and vacations.

Lera has been his lover for the past few years, and the beautiful couples share a strong relationship and might end up getting married in the coming years. As of 2022, he is not married yet but is in a relationship with his girlfriend, Lera. Denys Boyko was a passionate footballer from a young age. He joined FC Dynamo Kyiv, where he started playing soccer and later debuted in the senior team against Metalurh Zaporizhya. Dynamo Kyiv's goalkeeper Boyko has represented Ukraine in several age levels, and he made his debut for the senior Ukraine national team against Lithuania on November 18, 2014, substituting Andriy Pyatov.