Oleksandr Usyk is a Ukrainian professional boxer famous for his nickname, The Cat. He has been one of the most compatible professional boxers since 2013. Usyk has many titles under his belt. He fights in two classes, Cruiserweight and Heavyweight.

The Ukrainian boxer is recognized for his speed. Usyk is one of only three boxers to have unified the cruiserweight world titles after winning against Anthony Joshua on September 25, 2021. Before turning professional in 2013, he also achieved an Olympic gold medal.

How Much Is Oleksandr Usyk Net Worth? Career Earnings and PPV Sales

The undefeated heavyweight boxing champion has racked up massive money from his long-term professional boxing career. From many fights, Usyk has received millions of dollars. According to a report given in Marca, Usyk has a net worth of around $17 million. His net value was about $4 million in the year 2020.

Usyk has earned most of his gains from boxing matches. Throughout these years, his income is increasing, and in the coming years, it will surely skyrocket. His fight with Anthony Joshua helped him earn a massive fortune. They reportedly completed the biggest-ever site deal, with Saudi Arabia agreeing to pay £65 million to stage the fight. 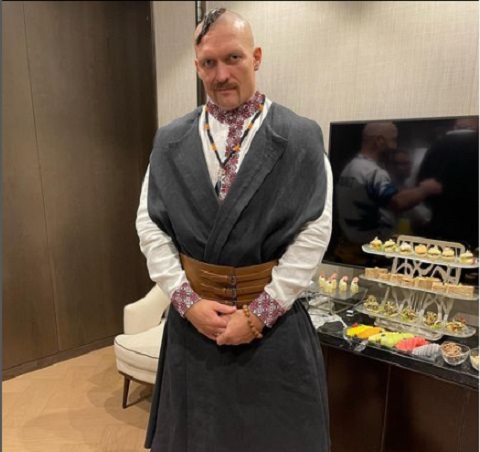 Usyk and Joshua had faced two times; Usyk won both. Usyk earned $4.1 million in the first match, plus a 40% share in the PPV despite beating AJ. Likewise, the prize pool for their second match was impressive. Usyk again won the game and took home a massive sum.

Similarly, Usyk has greatly profited from his previous fights with other boxers. While fighting Chazz Witherspoon in the past, he earned around $1.5 million. When Usyk won the Muhammad Ali Trophy in the World Boxing Super Series cruiserweight final against Murat Gassiev, he took $400,000. In the same way, he earned $1 million in a match with Tony Bellew.

Apart from making money from fights, Usyk also earns from brand endorsement. Usyk has worked with many brands and promoted them on social media too. His work with multiple companies helped him preserve a decent fortune.

BoxRaw, a boxing apparel and equipment company, endorses professional boxers. Also, he may receive some cash from advertisement deals. According to his Instagram bio, Usyk also serves as an ambassador of Qmall: the Ukrainian cryptocurrency exchange. 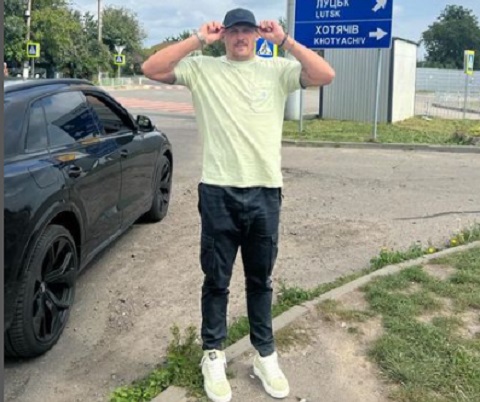 He also has his foundation called the Oleksandr Usyk foundation. Having an impressive bank balance, Usyk lives a lavish life. Usyk has some fantastic cars, and after beating Joshua in 2021, he purchased a Mercedes Benz G63 AMG. The car costs over $150,000. Usyk shows his lifestyle via his Instagram handle, where we can find him sa @usykaa.

Oleksandr Usyk is married to his wife, Yekaterina Usyk. The couple has been supporting each other for a long time. The details regarding their first meeting remain unknown as they usually keep their love life private. However, the duo tied the knot in 2009.

Since then, Oleksandr and Yekaterina have been the power couple. Yekaterina is a supportive wife who has appeared in many games of her husband. There needs to be more information regarding the boxer's wife. However, some online sources claim that she runs a foundation that belongs to the heavyweight champion. 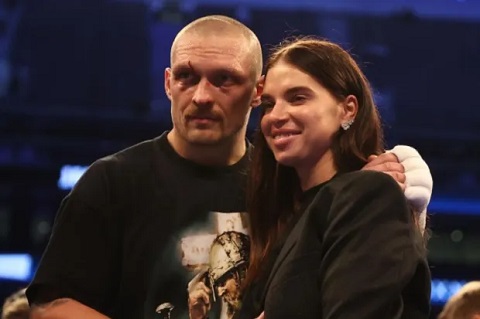 Oleksandr Usyk with his wife  SOURCE: The Sun.Uk.com

Moreover, the Usyk couple is the parents of three children, Kyrylo, Mykhalio, and Yelizaveta. The family resides in Kyiv, Ukraine. When Putin's troops claimed the region, they were forced to flee their home in Vorzel, Bucha. Also, he joined the country's territorial defence forces.

Oleksandr Oleksandrovych Usyk was born on January 17, 1987 in Simferopol, Crimean Oblast, Ukrainian SSR, Soviet Union. His parents, whose names remain unknown, are originally from northern Ukraine. Usyk's mother was born in the Chernihiv region, while his father was a native of Sumy.

Usyk's mom worked in construction and moved to Simferopol for her education. On the other side, his dad was a military man who passed through Afghanistan. He also worked as a security guard in Crimea. Usyk's parents met each other in Crimea.

Besides, Usyk is the youngest of three kids. He was raised alongside his two siblings. His sister's name is Viktoriia Usyk, while his brother's name is Wladimir Klitschko. Talking about his early life, Usyk was initially interested in football. He also trained at the SC Tavriya Simferopol. And in 2002, he switched to boxing. 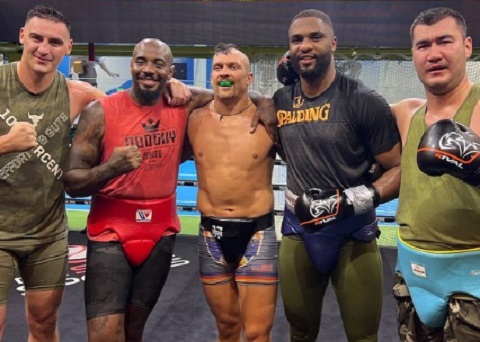 Regarding his educational background, Usyk went to Lviv State University of Physical Culture and later graduated. As an amateur, Usyk won gold medals at the 2011 World Championships and 2012 Olympics.

Usyk competed in the heavyweight division as a youngster and famously beat Joe Joyce back in 2013. In the same way, he has done well in many fights. His fantastic physique has also helped him give his best. Regarding his physical appearance, Usyk stands at an impressive height of 6 feet 3 inches (191 cm). And he weighs 100 kgs (220 pounds).

As said earlier, Usyk has a strong presence on Instagram. He has gained more than 1.8 million followers on IG. And Usyk shares details of his fights, events, and training session from his account. Usyk is a hard-working boxer whose training routine is pretty intense.

While fighting Joshua, Usyk used to wake up at five and train three times a day. Due to his long hours of training, Usyk could fight both encounters with Joshua. After beating Joshua in August 2022, Usyk is now expected to fight the Gypsy king, Tyson Fury. Critics of the intent say this fight may happen in early 2023.