Gossip Nolan Patrick's Sports Journey and Achievements He Has Gained; Also about his Earnings

Nolan Patrick's Sports Journey and Achievements He Has Gained; Also about his Earnings

Nolan Patrick, a 19-year-old Canadian professional ice hockey player has made himself the center point of attraction with his achievement at the young age. Currently, playing for the Philadelphia Flyers in the NHL, the jersey number 19 player, Patrick besides having a shining career is also blessed with a huge sum of economic benefit.

Playing professionally since 2017, Patrick with his only season in the NHL is playing in the millions. Though no endorsement deal of Nolan Patrick is out yet, the prominent hockey player is setting up all his way to lucrative deals and contracts. Let's know about his earnings, salary and professional career achievements.

Net worth and Salary of Nolan Patrick

The Canadian ice hockey freak, Nolan has not disclosed the detail of his earnings before his professional career fit-out. But after, being drafted by Philadelphia Flyers in the 2017 NHL Entry Draft, he signed an entry-level contract with the Flyers on July 17, 2017.

The #Flyers have signed C Nolan Patrick to an entry-level contract: https://t.co/NsmBiPuhXj

Currently playing alongside the players like Radko Gudas and Wayne Simmonds, Nolan is projected to earn the base salary of $832,500 alongside the signing bonus of $92,5000 for the 2018 season, while $2.85 million is reported to be his performance bonus. 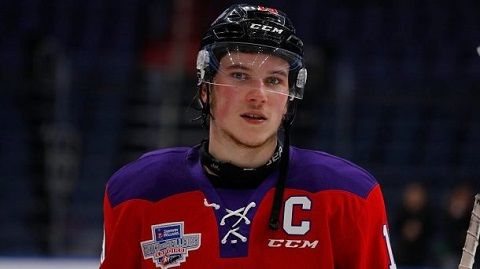 Reportedly, Nolan with his market value of $10.725 million, has not disclosed about his net worth, though predictions are made that he owns the net worth of around $1 million.

Well, it's an interesting fact that Nolan Patrick is from 2 athletic families. From his paternal side, his father Steve Patrick and his uncle James Patrick are former NHL players while his grandfather Stephen Patrick is a former footballer. 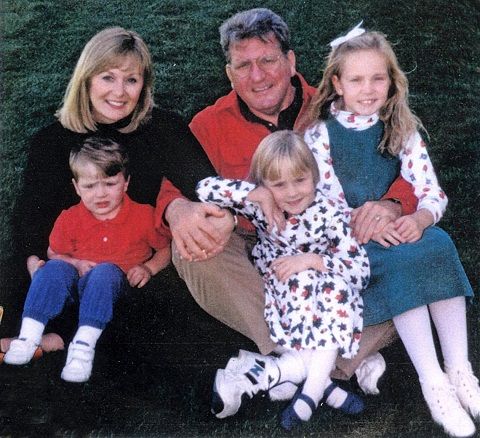 CAPTION: Nolan Patrick along with his parents and sisters SOURCE: The Marshall

Nolan Patrick,  from the athletic family background, initially in 2012 played for the Winnipeg Hawks of the AAA Bantam Hockey League Division 1 in his junior career and recorded 75 points in 19 games. Then in 2013 WHL Bantam Draft, he was picked up by Brandon Wheat Kings.

However, Patrick made his rookie debut in the 2014 season recording 30 goals and 56 points in 55 games. Though he missed 17 games due to injury that season, he was awarded Jim Piggott Memorial Trophy as the WHL’s rookie of the year award. 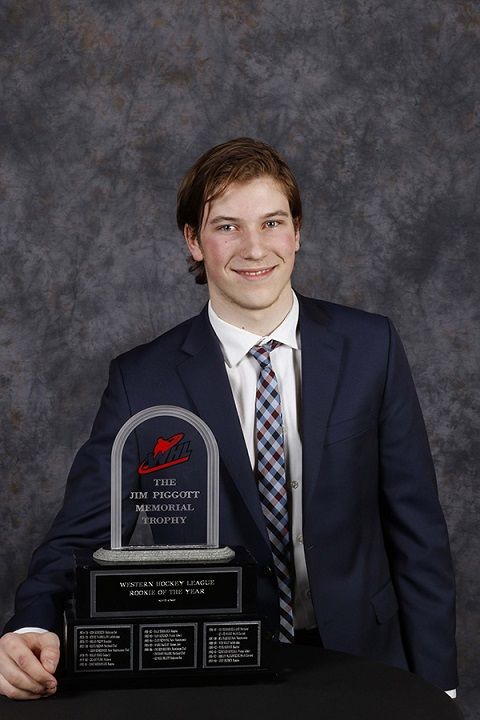 In the 2015 season, Patrick became the first 17-year old Wheat King to score over 100 points since 1976–77 tying with Ray Allison and Brian Propp. The WHL Playoff MVP, Patrick despite his injury played in the WHL Finals and 2016 Memorial Cup, though he later received sports hernia surgery.

Furthermore, in the  2016 season, Patrick was named the captain of the Wheat Kings and became the second-youngest captain in the WHL League behind Kootenay defenseman Cale Fleury, who was two months younger than him.

And in the 2017 season, he made his move to the NHL draft and became the second round overall pickup of the Philadelphia Flyers.

Nolan Patrick made his big breakthrough in his NHL debut on October 4, 2017, which was followed by his first NHL point in his third game with an assist on sophomore Ivan Provorov's goal against the Anaheim Ducks.

However, on October 24, 2017, after getting injured with a hit of Anaheim Ducks' Chris Wagner, he missed 9 games in his recovery break. Then in the game 2 series in the Stanley Cup playoffs against Pittsburgh Penguins, Patrick scored his first NHL Playoff goal.