On 7th June 2014, he challenged Arlisson Leandro Tavares de Mendonca at BC - Bitetti Combat 20. He won the fight via KO. On 3rd October 2014, he faced Jaciel de Souza Lima at Shooto Brazil - Shooto Brazil 50 and won the bout via TKO.

The following season, he had only a fight and that was against Eliel dos Santos e Santos. He won the bout via unanimous decision. 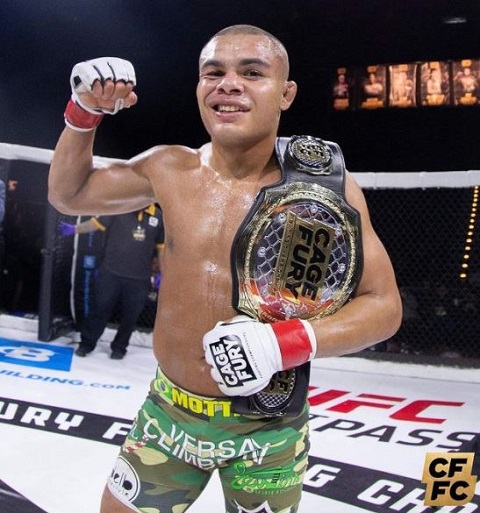 Ranked #128 Current Best MMA Lightweight Fighter, Nikolas Motta is currently signed with the UFC. However, his UFC debut is scheduled for February 2022.

Professional since 2012, he has compiled a record of 12-3-0 (Win-Loss-Draw). Though there is no exact information on Motta's career earning, his net worth is approximately $0.1 million.

There is no report on Nikolas Motta's love life, not even his relationship status. He has always kept his personal side away from the media. He is active on Instagram with 11.4k followers where he only posts his professional stuff. Since there is no confirmation, Nikolas Motta is believed to be single.