Jonathan Pearce is an American professional MMA fighter competing in the UFC's featherweight division. As of April 2021, his pro record includes 10 wins, 4 losses, and zero draws. He holds a purple belt in Brazilian Jiu-Jitsu.

Pearce made his pro debut on November 8 2014 in a bout against Noe Quintanilla at the ECSS - Evolution Combat Sports Series 2. The Tennessee native secured the win by a knockout at 0:22 of round one. In his next match, he defeated Anthony Morgan at Valor Fights - Valor Fights 23 on June 6, 2015. The 26th edition of the Valor Fights saw him besting Chris Wright by a TKO at 4:26 of round 1. 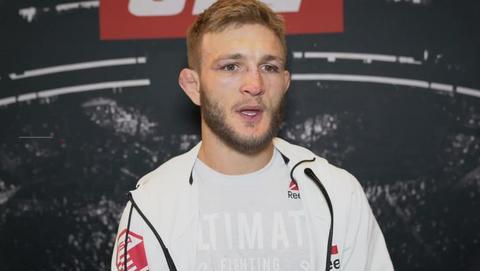 Jonathan Pearce has an MMA record of 10 wins and 4 losses SOURCE: UFC

On March 19, 2016, Pearce got his fourth straight career victory by upsetting Nickalas Martino at Valor Fights - Apex Fights 10. The 5'10" fighter went on to lose the next three matches sequentially losing against Lance Lawrence, Quinten Culpepper, and Peter Petties. He got back to his winning streak on August 19, 2017, by forcing Damir Ferhatbegovic to RNC submission at Bellator MMA - Bass Pro Shops NRA Night Race.

Two months later he got his sixth pro career win by besting Omar Johnson at Bellator MMA - Alabama 500. Pearce brought the winning attitude to Valor Fights- Strikefest 2 where he defeated Nick Baker on December 16, 2017. In his next two battles, he defeated Dedrek Sanders and Jacob Rosales - the former at WFC - Warrior FC 140 while the latter at Dana White's Contender Series - Season 3, Episode 3.

Speculation wise it can be construed that Pearce has received a number of show purses. These sums for the MMA fighters typically start from $5,000-$10,000 for the beginners to as high as millions of dollars for the likes of McGregor, Poirier, Khabib along other A-listers.

Add to that, the winners are usually guaranteed to receive double the show money. That said JSP should have amassed purses worth hundreds of dollars from his multiple fights - most of which are reputed for including show, fight, performance, and win purses.

Jonathan Pearce's Relationship; Is He Married?

For years Pearce was believed to be single and allegedly the man choosing to stand on his own. This changed on 2021 Valentine's day when the boy from Johnson City introduced Katie Rickert on his Insta feed. Pearce through a series of pictures wished Katie a "Happy Valentine's" - thereby announcing that he was officially off the market for the first time to his fans. 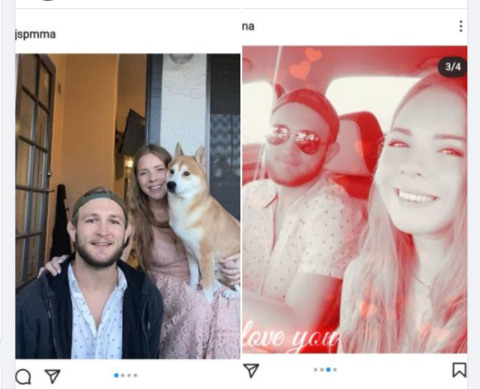 The imagings consist of several doting moments of the couple - from posing with an Akita to a cherry red-themed selfie.

Rickert however hinted at the relationship two months earlier by sharing a picture on her Instagram where she is giving a peck to the MMA star.