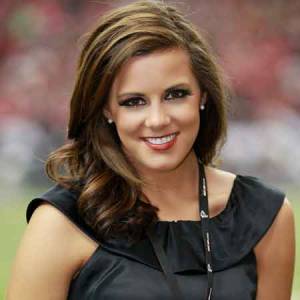 Niki Noto Palmer is a famous sportscaster currently working for ESPN.  Known for her appearance in various sports commentaries in different channels. She is a known tv sportscaster, reporter, and television host. Other than ESPN, she has also worked for many other channels like SEC Network, HLN, Fox Sports South, CBS Sports Network, PAC 12 Network, Georgia Public Broadcasting, Disney.com, PGA.com, NCAA.com, and Atlanta Falcons.

The resident of Atlanta, Niki Noto Palmer, reportedly earns around $100,000, as her yearly salary from the network, and as of 2018, she reportedly has an estimated net worth of over $2 million. She is married to her longtime boyfriend Michael Palmer and has a daughter Francis.

Niki Noto Palmer was born Birmingham, Alabama. She holds an American nationality and belongs to the White ethnic group. Details regarding her family were not available.  She has worked for sports information department during her college life.

She was fond of sports from her early age. When Niki was in 4th standard her teacher said that she was "most likely to have her own talk show" after seeing her dedication. Her adoration for sports only grew as her dad and grandparents questioned her on teams like the Braves and their team. 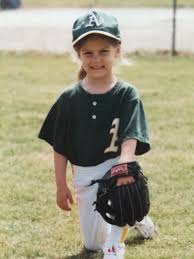 Niki attended Oak Mountain High Scool for her early education. After her High School, Palmer joined the University of Alabama and acquired her degree Bachelor's degree in telecommunication in 2009.

Niki Noto Palmer is one of the most popular sideline reporter and correspondent who has made a successful career as a reporter. As ESPN is a popular Sports Network, it is well known for paying a heavy amount of salary to its sportscasters.

As Niki Noto Palmer is a regular ESPN reporter, she earns a decent amount of salary from the network. The American sportscaster/reporter Niki Noto Palmer has an estimated net worth of $2 million.

As of 2018, the reporter might be receiving an annual salary of $100,000 from her successful reporting career with ESPN, because of her experience. Further, ESPN reporter receives an added sum of money from her radio and TV guest appearances as a sports pundit too.

Palmer started her career working in the media and marketing department for Tennessee Titans football Team. Later, she moved to Atlanta in order to work with Atlanta Falcons as an inside reporter covering the teammates and its cheerleaders.

She also worked for the Georgia Public Broadcasting( GCB) " Sports Central" as a co-host and correspondent at the high school, where she worked as a sideline reporter for the GHSA football and basketball state championships.

Niki joined ESPN in 2011 and took part in their adventures across the country. In the same year, she also became the freelancer reporter for CSS covering SEC football games and also hosted ATL Sports Experience. In the meantime, she has worked for NCAA.COM covering Final Four and Frozen Four, PGA.com hosting "Weekly Golf Buzz".

Noto began appearing on the HLN, talking about things like " Dr. Drew on Call" and anchoring the updates of " Bleacher Report" for Weekend Express. Niki also hosted the CBS Sports Network " Tailgate Turnover" and appeared in several advertisements and videos for places like Disney and Moe's Southwest Grill. Niki was published in various magazines, including Men's Health Magazine and JEZEBEL.

The resident of Atlanta, Niki Noto Palmer married her boyfriend Michael Plamer after being in a long romantic relationship in 2014 March with family and friends. The couple has a beautiful daughter Frankie. There are no rumors and controversies heard about their separation and are living a happy conjugal life.

She also has a dog named Pippa. In addition, her favorite food is Italian, mainly Sacco and spaghetti. Moreover, Niki is a member of Women in Sports and Events(WISE) and also a mentor for the Boys and Girls Club of Metro Atlanta's Youth of the Year.

Other than being a famous reporter, Niki is quite popular in social media with a huge number of followers.