Italian-born Nicola Zalewski is a professional footballer who currently plays for the team of Serie A club Roma. His main position is a midfielder, and he wears jersey number 59. As his parents are from Poland, Zalewski plays for the Poland national team at the international level. From a young age, he was a sporty guy who used to play football.

Nicola Zalewski, a midfielder for Serie A club Roma, is one of Poland's most prominent football players. Holding dual citizenship, Zalewski can play for both teams at the national or international level. Furthermore, he has appeared at various levels and has helped the team to win various titles.

Born on January 23, 2002, Nicola Zalewski is 20 years old. He is origiParents'nally from Tivoli, and he was raised by his parents, who are from Poland. So, Zalewski grew up in Poli. Furthermore, Zalewski holds Italian nationality, and his height is measured at 5 feet 10 inches (1.78m). 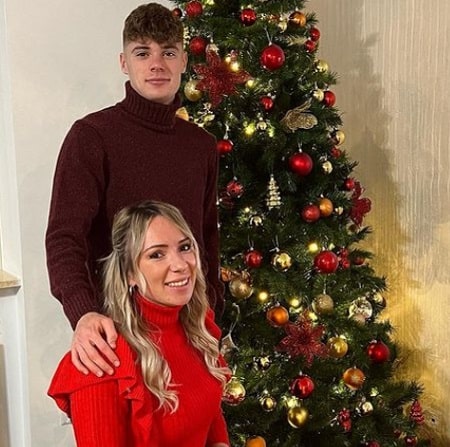 Sadly, Zalewski faced a devasting moment in his life when his father, Krzysztof Zalewski, passed away on September 24, 2021. For your information, his mother's name is Ewa. Moreover, we are unknown if he has siblings or not, as Zalewski has not shared much about his personal life.

Beginning Of His Career

The skilled footballer made his professional debut for Roma on May 6, 2021, in the Europa League semi-final match against Manchester United. He replaced Pedro in the 76th minute and was instrumental to the winning goal, an own goal by Alex Telles, seven minutes later. And three days later, on May 9, he made his Serie A debut during a home match versus Crotone.

On December 29, it was announced that Roma extended his contract until 2025. And on February 28, 2022, he first played as a starter for Roma in their 1–0 versus Spezia. Talking about his international career, he was first selected by the youth selections of the Poland national team after being uncovered by Zbigniew Boniek, head of the Polish Football Association and ex-Roma player. 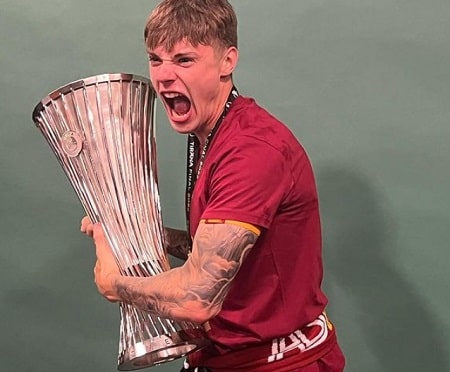 On September 5, 2021, Zalewski made his debut for the senior team in the World Cup Qualifier against San Marino, where he came on in the 66th minute and assisted Adam Buksa in the 94th minute, making it 7–1 for Poland. Not to mention, the current coach of the national team, Czeslaw Michniewicz, is closely watching Zalewski's career and viewing his appointment to the world title in Qatar.

Details On His Earnings: Salary and Net Worth

The young footballer began his professional career at a very young age, and now he is just 20 years old. So, he still has time to establish himself. At this age, Zalewski has participated in various games that have surely helped him earn a good profit. According to Salary Sport, Zalewski earns £2,900 a week and £150,800 a year.

So, we can say that he has preserved a huge sum as he is getting good pay from his current team. Not to mention, the highest-earning player in the team of AS Roma is Lorenzo Pellegrini earning £122,000 per week. On the other hand, Transfer Market reports that its current market value is around €12.00m.

The same report has said that he wears outfits of Nike. Some online sources have reported that the top earners of Nike athletes are $60,000. So, it can be said that he may earn around the same range. Like many other athletes, Zalewski may earn something from endorsement deals too. In addition to that, he has the potential to earn $871.5 - $1,452.5 from a single post on Instagram, where he has gathered over 294k followers. 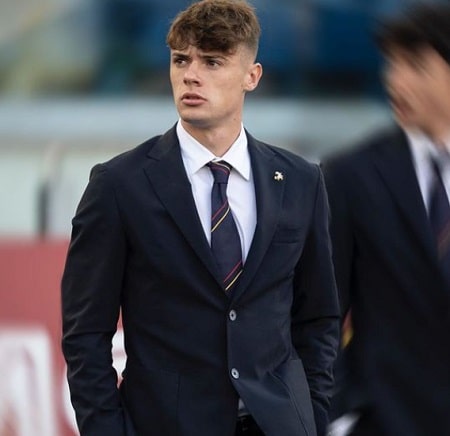 Moreover, he is one of the most skilled players on his team, and he is a rising talent whose income will surely increase in the future as Zalewski is actively participating in games. His contract with his current team expires on June 30, 2025. So, he may extend the contract with the same team or may choose a new club which may boost his income and makes his net worth in six figures.

Personal Life: Details On His Girlfriend

The 20-years-old footballer is a single life, and he is not involved in romantic affairs. As he is just 20 years old, Zalewski is focused more on his career. So, it can be said that Zalewski is working actively to make his career look marvelous.

Meanwhile, he is a secretive person, and he does not like to talk about his personal life in the media. So, Zalewski prefers living a low-key life. Due to this reason, he has not made a single post regarding his love affair on social media.

In the same way, none of the online portals have been able to collect the details regarding his love affair. Not to mention, Zalewski has shared some snaps with a girl named Jessica Zalewski. As both of them have the same surname, we can say that they are brother and sister. We can find Jessica on Instagram under the username @jessica_zalewski_.

Moving onwards, the professional footballer Zalewski is an active user of Instagram, where he is registered as @nico_zale, gaining over 294k followers. His IG account is already verified, from where he gives regular updates on his daily lifestyle.

Mostly, Zalewski shares pictures and clips of his games. On the other side, an Instagram fan page has also been opened under his name, and its username is @nicola.zalewski. The respective account has already collected over 56.8k followers.

Some Facts About Zalewski

Visit  PlayersWiki For More Contents About Your Favorite Football Players