Nico Hulkenberg is a professional car racer from Germany who currently drives in the Formula One series. He is associated with the F1 team Aston Martin as a reserve driver. He joined Aston in 2021 after leaving BWT Racing Point after the end of the 2020 season. His best record in F1 is when he secured the 7th position in 2018 when he was racing for the Renault Sport F1 Team.

He has been in the racing for more than 15 years. In his first season of driving, in 2005, he won the Formula BMW ADAC Series with Josef Kaufmann Racing Team. In 2-015, he also becomes the first in 24 hours of Le Mans along with Nick Tandy and Earl Bamber. In 2009, he won the Grand Prix Series with ART Grand Prix before moving to Formula One. 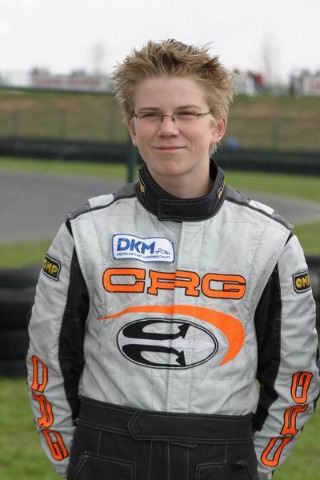 Before starting his career in racing, he worked as a freight forwarding agent at his company. The requirement to be able to communicate with different people must be the reason for him to be fluent in different languages including German, English, Dutch, ad French.

Like Sergio Perez, Nico also started his racing career from karting. He made his debut in Karting at the age of 10, in 1997. In 2003, he won the German Kart Championship.

InIt was in 2005 when he made his debut in the German Formula BMW in which he dominate the tournament completely.

How Much Is Nico Hulkenberg's Net Worth In 2021?

The 34-year-old German racer Nico has an estimated net worth of $10 million approximately. He is living a lavish lifestyle with his family and girlfriend in Germany. Nico Hulkenberg in front of his car SOURCE: [email protected]

As per reports from Sportrac, the Aston Martin's racer previously signed to Renault DP World F1 Team. Nico signed a contract worth $5.5 million along with Renault.

As per essentially sports, the former Renault driver Nico is sponsored by various brands such as Dekra, and Alpinestars. Dekra is a German vehicle inspection. However, in 2019, Dekra announced that they were ending the long-time partnership with Hulkenberg. The reason for it was strategic reasons.

Aston Martin's reserve driver Nico Hulkenberg is currently dating his longtime girlfriend Egle. The couple has been together since 2015, and in 2020 they engaged with each other.

Egle is a fashion designer by profession and is originally from Lithuania. Nico Hulkenberg with his wife and daughter SOURCE: [email protected]

The couple is blessed with a child called Noemi Sky. She was born in September of 2021. In her birth,, Nico posted a photo of him and his wife with their newborn baby expressing his happiness. He captioned,

"Something is different since last friday afternoon when our Baby girl Noemi Sky joined us in the world. Mother & Daughter are well and parents couldnt be more proud."