Caitlin Clark is a beautiful and talented American professional college basketball player for the Iowa Hawkeyes of the Big Ten Conference. Haweyes's Shooting guard has been named Iowa Miss Basketball and Gatorade State Player of the Year and awards with Tamika Catchings Award and the WBCA Freshman of the Year.

Clark was born on the 22nd January 2002 in Des Moines, Iowa, to Brent Clark and Nizzi-Clark, where he grew up with her parents. The Iowa Hawkeyes Shooting guard Clark was raised in Iowa with her two brothers Blake and Colin. Clark used to play football with them during her childhood resulting in her good physicals.

Clark's father, Brent, played basketball and baseball at Simpson College, making her grow interested in basketball. The Iowa Hawkeyes star played basketball at five with her brothers and father, while Maya Moore and Kevin Durant were her favorite players.

The Iowa Hawkeyes Shooting guard joined the Dowling High School, showing her effect in each game. During Clark's high school, she led her team to the state quarterfinals. 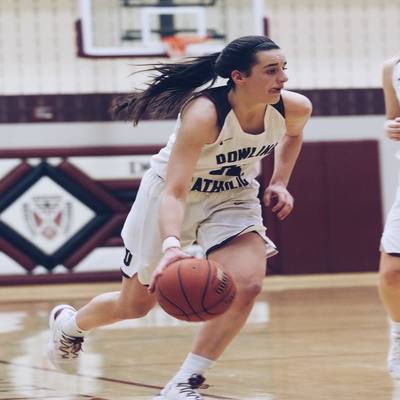 Soon in 2020, Clark made her college debut for Iowa with a win where she st the fourth-highest points per game in a single season resulting in her being the NCAA Divison I scoring leader. The Iowa Hawkeyes star won five Big Ten Conference Player of the Week awards.

Clark is one of the successful and promising basketball players who has had a series of awards and records for her. The Iowa Hawkeyes Shooting guard started her career at such a young age, which reflects she has collected some good fortunes to date. 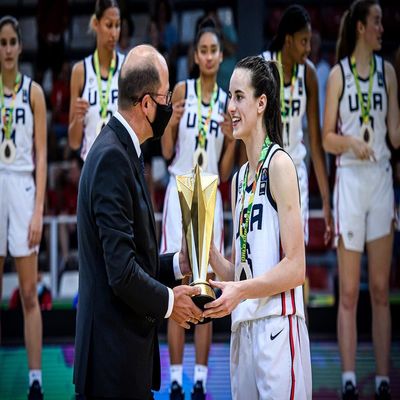 The Haweyes's star is currently playing for the college levels, so she is facilitated in her accommodations and fooding, and there are great years ahead of her. Clark's net worth is $1-$5 million approximately, and it has been increasing significantly.

No, The Hawkeyes Shooting guard is single to date and is focused on her career to date. Clark always has been loving her professional life than her love life.

The Hawkeyes star is also too young to have such relations, and there is not much information about her previous relationships. But who knows, she might get surprises in the coming years. Her Instagram is filled with all her professional and family life.

Clark is active on social media and frequently posts about her professional life, she has 48.5K followers on Instagram, and it goes by caitlinclark22.