Nicholas David Nurse, well recognized as Nick Nurse, is an American professional basketball coach who currently stands as the head coach of the Toronto Raptors of the National Basketball Associations (NBA) as well as the Canadian men's national team. Earlier, he served as an assistant coach for various other leagues.

Carroll, Iowa native, Nick, was born on July 24, 1967, under the star sign Leo. The fifty-three years is an American by nationality and is of white ethnic background. He stands 6 ft 1 in (1.85 m) tall.

How Much Is Nick Nurse Net Worth?

2020 NBA coach of the year, Nick Nurse is currently under a three years $10 million contract with Toronto Raptors. As per the deal, the head coach has an annual salary of $3.3 million for the role. Gregg Popovich, Doc Rivers, and Scott Brooks are the highest-paid NBA coaches. 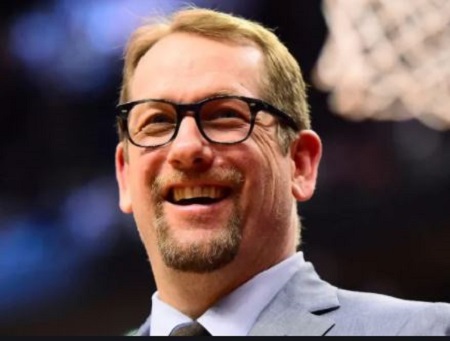 Before becoming the head coach at Raptors, he held the position of assistant coach at various basketball teams in other leagues. The average annual pay for an Assistant Basketball Coach Job in the US is $41,497 a year. As of 2020, his net worth is over $5 million.

Nick is married to his wife, Roberta Santos, for a long-time now. Santos is a Brazilian native Santos received her bachelor's degree in Resort & Hospitality Management from Florida Gulf Coast in 2008 and her master's from UTB in 2010 in Public Administration. She is formerly an assistant women's volleyball coach at Winthrop University. 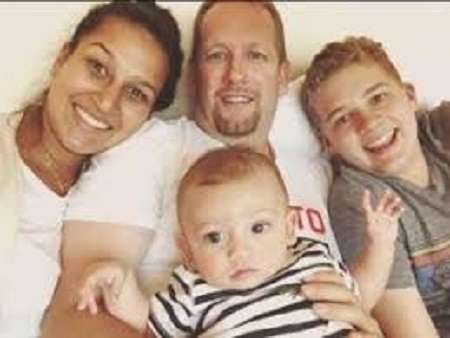 Nick's Mother Died At The Age Of 94

Nurse's mother, Marcella Nurse, died Monday on December 11, 2018, Carroll, Iowa, United States, where he was born in the city of Carroll. He said, "I'm here because my mother wouldn't want it any other way," Nurse said before the game.

After playing for the University of Northern Iowa, from 1985 to 1989, appearing in 111 games Nurse was appointed the head coach at Grand View University when he was just twenty-three years old. Following that, he coached in Europe for 11 seasons for Telindus Oostende, London Towers, Manchester Giants, Brighton Bears among others before taking over as the head coach of the Iowa Energy in the D-League in 2007.

Then after, he nearly went to the college ranks as an assistant at Iowa State but proceeded to stay with the Energy through 2011. Following that season, the Nurse coached the Rio Grande Valley Vipers from 2011-13. In 2013, he joined Toronto Raptors as an assistant and finally became head coach in 2018.