Nate Bjorkgren is a highly talented college basketball player turned NBA coach currently serving as the head coach for the NBA team, Indiana Pacers. Before that, he has worked as an assistant coach and a head coach for other teams. He has become an NBA Champion and NBA D-League Champion in his coaching history.

Hailing from the suburbs of Storm Lake, Iowa, Nate Bjorkgren was born in 1975. He celebrates his birthday on the 20th of June every year. He is currently 45 years old. Likewise, his zodiac sign is Gemini.

He is the son of Keith and Pat. He has a close bond with his parents and siblings (one brother and one sister). His family resides in their family house of Storm Lake, Iowa. For his education, he first enrolled at Storm Lake High School. Later, he attended the University of South Dakota before taking a transfer to Buena Vista University.

Nate Bjorkgren began pursuing basketball as a full-time career while playing for his high school team, the Storm Lake High School Tornadoes Basketball team. He was a brilliant player who had amazed everyone through his performance. In his senior year, he led his team to an excellent 17-4 season. 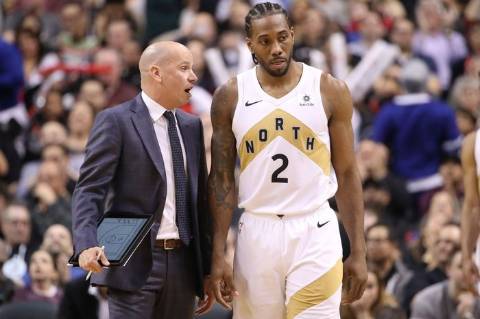 After completing his high school education, he went to the University of South Dakota and played college basketball. However, after playing a couple of seasons with the team, he decided to transfer to Buena Vista University.

Following his arrival at Buena Vista University, he began to showcase his amazing basketball skills. In the 1996-97 season, he led the team to their first conference championship since 1976, when they won the Iowa Intercollegiate Athletic Conference Championship. One year later, in 1998, Nate completed his graduation and seemingly left the college team too.

Career As A Coach

In 2007, he was hired as an assistant coach by Iowa Energy of the NBA D-League (currently known as NBA G League). He worked under head coach Nick Nurse and proved to be very useful. In his last season with Iowa Energy, the team was able to win the inaugural NBA D-League championship. Due to his works as an assistant coach, he was hired by Dakota Wizards (currently known as Santa Cruz Warriors) as the head coach. After some difficult years, it was time for Nate to shine in the NBA. When his tenure ended with Bakersfield Jam in 2015, he was hired by the Phoenix Suns of the NBA as their new assistant coach. However, the team's performance was very poor in that season, forcing the team management to fire the head coach and other coaching staff, except him.

After a bad season, Nate led the Suns' team in the 2016 NBA Summer League, tallying a 4-2 record. The coaching department was later handled by the new head coach Earl Watson. Unfortunately, the team's bad season continued, resulting in Nate being released on October 22, 2017. In 2018, he was hired as an assistant coach for Toronto Raptors.

He was with the team for two years. During his time there, the team's performance was very good, resulting in the Raptors becoming the 2019 NBA Champions. After two good seasons, he left the team and joined hands with Indiana Pacers as their new head coach. The news was officially announced on October 20, 2020.

Since then, he has been doing everything in his hands to improve the team's performance. But, with the team ending their 2020-21 season in the 9th position with a 30-34 win-loss record, Nate's future with the team seems fragile.

Taking Nate's coaching history into consideration, it must be pretty sure that he has earned some decent sum. As per reports, it is known that the net worth of Nate Bjorkgren is around $3 million - $4 million.

Personal Life: Is He Single or Married?

The NBA head coach is a happily married man. He has been married to his wife, Heidi Bjorkgren, for a long time. The married couple is blessed with two children in their marital life, a daughter named Kaylee and a son named Jarrett. Other than that, there isn't much information available about Nate's marital life. Likewise, his zero social media presence makes it even harder to collect details on his relationship.