The famous super start is married to his beautiful wife, Mickie James who is also a wrestler by profession. Also, he shares a son together with his wife. Additionally, he is believed to have a whopping net worth over $900,000. If you are interested in Nick Aldis, let's take a deep look inside about his Bio, Net Worth, Salary and personal life.

Is Nick Aldis Married? Know about his Love Life

Yes, the professional wrestler of England is already married. Further, he tied his wed knot to his loving girlfriend and his fellow wrestler, Mickie James on 31st December 2015. Before their marriage, the adorable couple had a baby boy named  Donovan Patrick Aldis on 25th September 2014.

Happy 3yr anniversary to my beautiful wife and mother of my son; 3 years ago we paid with cash we'd saved up in a safe from independent shows for what I think was a pretty kick-ass wedding/NYE party. So much has changed since then but no matter what I'm always thankful that you said yes...and years ago at Universal Studios you said "I'm a lookin' and I'm a likin"!" #happyanniversary I love you.

Although there is no information about Nick's past affairs nither his spouse has one. It was alleged that Mickie James had previously been engaged with Kenny Dykstra, a wrestler, but the relationship did not last long. Besides all those rumors, their life is going well and smooth. Also, he never fails to shower love to his wife and on the occasion of their anniversary, he posted saying

"Happy 3yr anniversary to my beautiful wife and mother of my son; 3 years ago we paid with cash we'd saved up in a safe from independent shows for what I think was a pretty kick-ass wedding/NYE party. So much has changed since then but no matter what I'm always thankful that you said yes...and years ago at Universal Studios you said "I'm a lookin' and I'm a likin"!" #happyanniversary I love you." 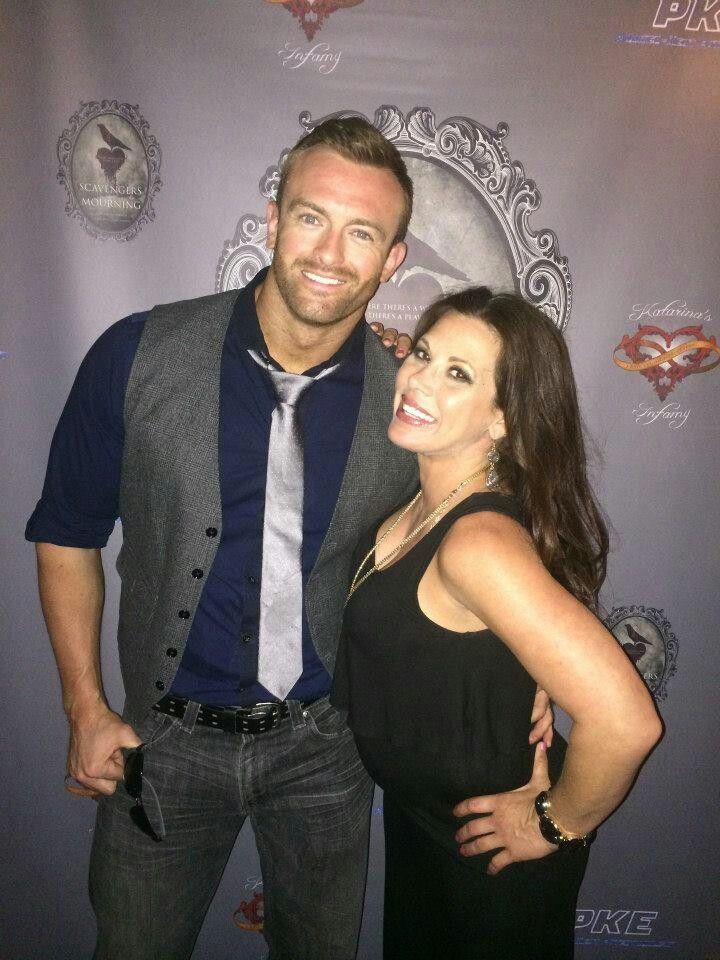 Despite the busy schedule, he keeps going o vacation with his family and spends quality of time with each other and keeps buzzing around each other. Talking about his body measurements, his height is 1.91 m and weight is around 240 lbs

How Much Nick Aldis Earn? His Net worth and Properties

As per the reports, a whopping net worth over $900,000. However, there aren't any exact details about his salary in the media yet.  Additionally, he was believed to have signed a contract with TNA in 2017 but the details about the contract are still behind the rock.

In particular, the known TNA talent pay grades range from $200 for local talent used for squash matches and $500 for the new TNA Contracted wrestlers and then next tier pay is $750 per appearances.

Additionally, it should also be noted that only 26 appearances are guaranteed for the standard TNA contracted wrestler. So as per the reports, $13,000/year is guaranteed for the first year and you can almost expect to make $19,500/year in your second year.

His Wife Mikie James Earnings; How much Salary and Net worth does she have?

Additionally, he is the husband of a famous wrestler, Mickie James who has a net worth over $4 million. So with the reference, we can assume she shares a net worth over $5 million together with his wife. Further, his wife Mickie enjoys $300,000 as her salary.

Other than wrestling, his wife Mickie has collected a net worth from other professions, as well. She's also a professional actor and country singer. She has worked in TV shows like Over the Ropes, Psych, etc., she appeared.

Nick Aldis was born on November 6, 1986, on Docking, Norfolk, England, the UK to the parents whose names aren't disclosed yet in the media. Further, he holds the nationality of England and has a racial background of the white. Also, his zodiac sign is Scorpio.

Aldis began bodybuilding after becoming skilled in swimming and tennis, ultimately leading to his training as a professional wrestler. Also, he started his training sessions at the age of sixteen, He made his professional debut in 2005 in a highly contested two out of three falls match against Doug Williams, which Aldis lost two falls to one.

Aldis signed Total Nonstop Action Wrestling (TNA) in November 2008. An episode of Impact on December 11, 2008! TNA began to air Aldis ' debut vignettes under the name of Brutus Magnus, a modern gladiator. An episode of Impact on 30 April 2009! With fellow British wrestlers Doug Williams and Rob Terry, Magnus dropped the gladiator character and formed a villainous group called The British Invasion.

Magnus started teaming up with Samoa Joe to participate in the Wild Card Tournament in December 2011. Magnus and Samoa Joe defeated A.J on the episode of Impact Wrestling on 5 January 2012. Styles and Kazarian to win the four-week Wild Card Tournament and become the TNA World Tag Team Championship's number one contestant.

It was announced on 29 June 2015 that Aldis had signed with Global Force Wrestling and is going to compete under his real name. On July 9, as part of the inaugural GFW Grand Slam Tour, Aldis made his in-ring debut defeating Tommaso Ciampa.

Aldis made his Hollywood Championship Wrestling debut on 23 September 2017, defeating Will Roode. Later after the match, for the NWA World Heavyweight Championship, Aldis challenged Tim Storm and Tim retained his title.