Mikey Williams was born Michael Williams on June 26, 2004, in San Diego, California. He is among the three children born to Mahlon Williams and his wife, Charisse Williams. His father played basketball for Sweetwater High School, where he made it to the ALL-CIF-SDS selection. Also, His mother played softball for Kearney High School and Hampton University. Mikey started his High School at San Ysidro High School but later transferred to Lake Norman Christian School for his Sophomore year. Williams stands six feet and two inches tall and weighs 84 kg (185 lb).

Mikey grew up in the athletic family background. He started training with his father as early as eleven months. He mainly played on an outdoor court in his apartment complex. Mikey worked as a ball boy for his High School team. In his middle school, Williams played for the Malcolm Thomas All-Stars travel team. While in middle school, The player was ranked the number one player in the 2023 class by the Naismith National Youth All-American Report.

Mikey scored his first 50 points in a game in his second match. Shortly after that, He broke the CIF San Diego Section (CIF-SDS) single-game scoring record, previously held by Tyrone Shelley since 2005. As a freshman, He led the San Ysidro to the CIF-SDS Division III title. Mikey finished his freshman year averaging averaged 29.9 points, 6.7 rebounds, and 4.9 assists per game. As a result, Williams was named MaxPreps National Freshman of the Year.

Williams transferred to Lake Norman Christian School for his sophomore year. Many top universities from NCAA Division I have reached Mikey with several scholarship offers for the 2023 class. However, He is yet to make any commitment in regards to his College team.

Who is Mikey Williams Dating? Know About His Girlfriend

Mikey is very much private about his personal life. He seems to be involved in a romantic relationship; however, much about his girlfriend is still under the radar. In September 2020, Williams tweeted about having a girlfriend. Many rumors suggest him to be dating Deja Kelly.

None of them have shared a word about their relationship and have not been spotted together except in some online video chatting.

Mikey has an estimated net worth of more than $100,000. He has successfully gathered most of his sum through his early success as a Social media influencer and several deals. Williams has more than 3 million followers in his Instagram account and earns a good amount through his posts. 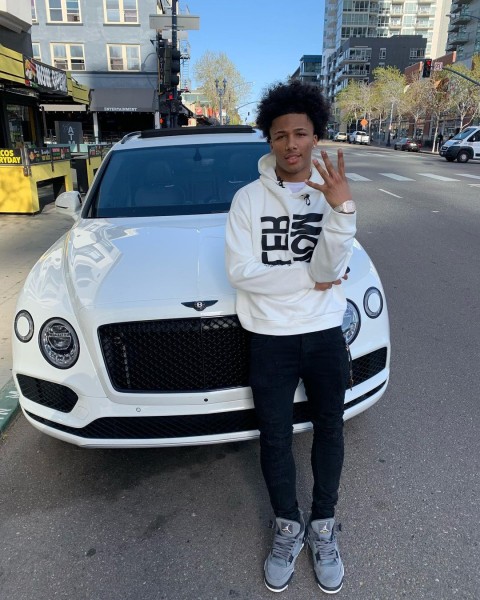 Mikey owns a fleet of luxurious cars and keeps sharing photos with them.