Mikel Arteta Amatriain better known as Mikel Arteta is a Spanish retired footballer who currently stands as the head coach Premier League side Arsenal. During his playing stint, he played for Barcelona, PSG, Rangers, Real Sociedad, Everton, and Arsenal, as an attacking and defensive midfielder. Besides, he represented Spain's national team through several youth levels but never played for the senior national team.

Born on 26 March 1982, Arteta is a native of San Sebastián, Spain, who holds Spanish nationality and is of Spaniard ethnicity.

On 12th March 2020, Arsenal announced its head coach Mikel Arteta has tested positive for the coronavirus, amid its pandemic in the UK. Now, the entire first-team squad and coaching staff will self-isolate for 14 days from the moment they last had close contact with Arteta. 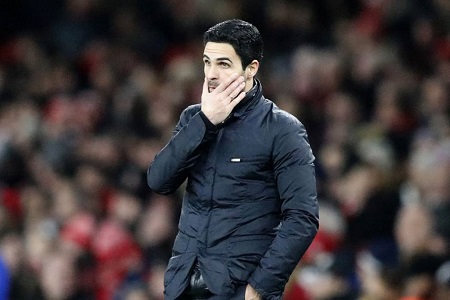 After the news broke out, the Gunners' Premier League clash with Brighton this weekend has been canceled as a result. Source confirmed, Callum Hudson-Odoi from Premier League club Chelsea has also been contracted with COVID-19.

As of 2020, Mikel Arteta has an estimated net worth of $13.5 million, mostly earned through his football career. He signed with Arsenal as their head coach in 2020 where he earns £5 million as his annual salary- similar to the salary of former Arsenal coach Unai Emery.

Reportedly, he had an annual salary of $3.64 million in 2012 while playing for the Arsenal. During his playing stint, the hunk was endorsed by various brands including Puma.

Though he has not revealed the exact figure of his salary, being a premier league manager, Arteta's annual salary is expected no less than the seven-digit figure from his current employer Arsenal.

Mikel Arteta, 37, is a married man. He tied the knot with an Argentine-Spanish actress, television host, and model, Lorena Bernal, in 2010, in an intimate wedding ceremony.

Arteta met Bernal back in 2002. His wife, Bernal relocated to Spain at the age of nine and was crowned Miss Spain in 1999. Further, she went on to finish in the top 10 of the Miss World pageant. 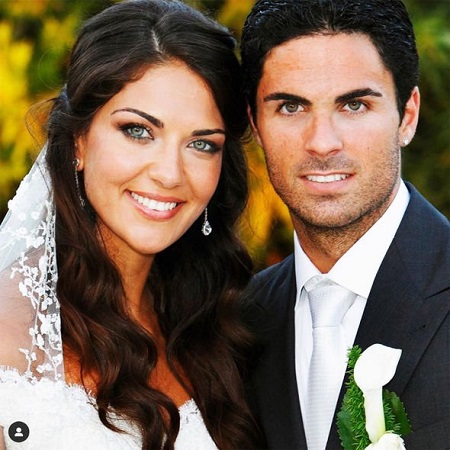 In 2009, the couple welcomed their first child, Gabriel while their other two children: Daniel and Oliver was born in 2012 and 2015 respectively.

Arteta played as an attacking and defensive midfielder, and mainly acted as a playmaker. He was a Barcelona youth player who never appeared in the first team and made his senior debut with Paris Saint-Germain as a loanee in 2001. In 2002, he signed to Scottish club Rangers, winning the domestic double of the Premier League and League Cup in his first season.

Further, Arteta joined Everton on loan in 2005 after a short spell with Real Sociedad; he then signed on permanently. In 2011, he moved to Arsenal where he won two FA Cups and served as captain from 2014 until his 2016 retirement.

Arteta represented Spain through different stages of youth but never played for the senior team.

Upon retirement, Arteta switched to coaching. He joined Manchester City, as Pep Guardiola's assistant coach in 2016. In 2019, he returned to his former club but this time as a head coach to Arsenal in 2019.