Callum James Hudson-Odoi is an English Professional Footballer who plays as a winger for Premier League club Chelsea and the England National team. He attended the Whitgift School in Croydon and joined the youth academy of Chelsea in 2007. He made his professional debut for the club in 2017. Recently, he was diagnosed with the coronavirus in March 2020.

James was born on 7 November 2000 under the star sign Scorpio. He is a native of  Wandsworth, England. He is the younger brother of non-league striker Bradley Hudson-Odoi and the son of former Ghanaian midfielder Bismark Odoi.

Callum Hudson-Odoi- One of the Highest-paid teenagers; How much is his Annual Salary?

The 5' 10'' tall signed his first contract on 18 November 2017 at the age of 17 with the Chelsea FC where he received minimum wages. The young and talented Odoi is in the starting phases of his professional career and hasn't accumulated much net worth to date. The net worth of the winger for Chelsea is £1 milion.

Hudson Odai signed a five-year contract with Chelsea FC on 21 September 2019 which will make him one of the highest-earning teenagers in the football world. He has signed a deal that will earn him a weekly salary of £120,000 which is truly remarkable for the 19-year-old. He will also replace Eden Hazard, who joined Real Madrid, as the new poster boy. 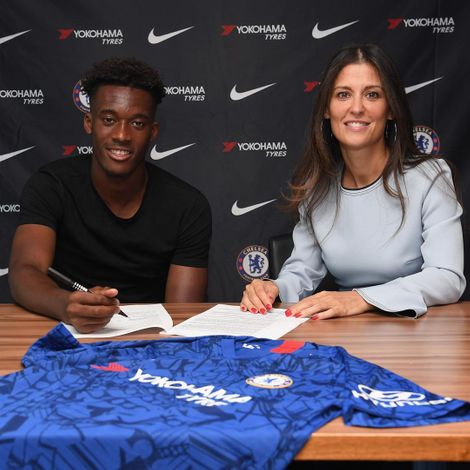 Hudson Odoi, in an interview with Matt Law, said:

“It’s been a long wait, but it’s done now and I’m really happy about that. I’ve been a Chelsea player since I was eight and this is the right club for me to be at."

In addition to the weekly wages, Hudson also receives sponsorships and endorsement deals from various companies that add a certain value to his net worth. Currently, he endorses Beats By Dre and is also sponsored by Addidas.

Who is Callum's girlfriend?

The Wandsworth native is currently single and hasn't been seen with anyone in his Instagram post. The talented Odoi is focused on his career and will continue his effort towards improving his skills to achieve greater heights in the football world. 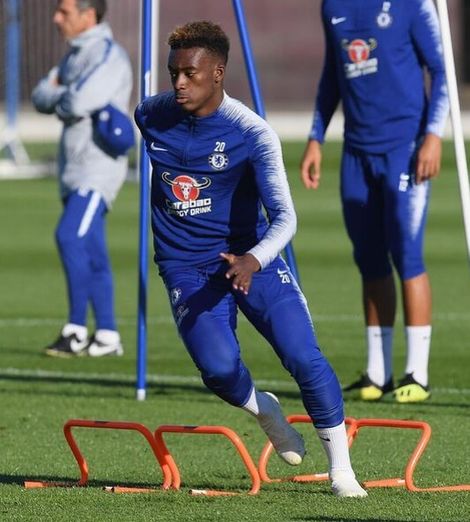 However, he is at a youthful stage in his life and doing something that he likes and isn't distracted by anything else. He is at a stage where he needs to be focused on his career and nothing else right now.

Callum showed symptoms of the COVID- 19 on Monday, 9 March 2020 and was kept out of the team's training session. His result showed positive on March 12 and was isolated for further treatment releasing a statement. He is the second Premier League personality to be tested positive following Arsenal's Manager Mikel Arteta diagnosed with the virus.

The No. 20 for the Chelsea started at the club since he was eight years old and had been continuing his journey since then. He was a part of the team since 2007.

In January 2018, he made his senior debut on the FA Cup win over Newcastle United and also became the youngest player to debut in a competitive match for England against the Czech Republic at the UEFA Euro 2020 qualifiers on March 2019.

The 79 Kg is also starting in the Premier League which will be facing Bayern Munchen in their next match held on 26 February 2020 where he will be playing alongside Olivier Giroud, Willian, and Tammy Abraham who are the forwards for the team.