Mike McCarthy is an American football coach by profession who is currently the head coach of the Dallas Cowboys In the NFL. He is a former Green Bay Packers Head Coach. He is among the only four head coaches in history to lead the same team to an appearance in eight straight playoffs.

Mike has his career highlight during his career at Green Bay where he led the team to Super Bowl Champion in 2011 and was named Maxwell Football Club NFL Coach of the Year.

2011 Super Bowl Champion's head coach was also voted the NFL Coach of the Year in 2007.

Mike McCarthy was born on November 10, 1963, in Pittsburgh, Pennsylvania, United States.  His father's and mother's names are Joe McCarthy and Ellen McCarthy. Joe was a firefighter for the Pittsburgh Fire Bureau and Ellen used to work in the restaurants. The McCarthy family also owned a bar named Joe McCarthy's Bar and Grill. 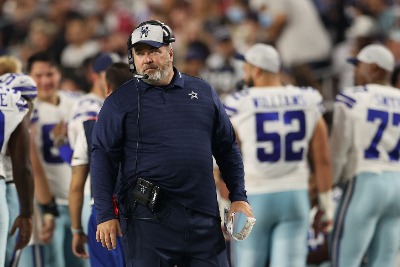 Mike went to St. Rosalia Primary School and he has 4 siblings including 3 sisters (Kellie, Ellen, and Collen) and a younger brother Joseph.

Mike McCarthy Salary and Net worth

Dallas Cowboy head coach Mike has accumulated a net worth of $9 million. His main source of income comes from coaching different teams in the NFL. According to sources, McCarthy signed a 5-year worth contract with Cowboy for 5 years in 2020. In the contract extension, the salary Mike is $3.4 million worth. It includes all the bonuses, incentives, and base salaries.

Later, he extended the contract for more than 3 years up to 2015. It paid him an average of $5 million for 5 years.

Read about Nick Rolovich's Net worth, Salary, and Personal Life

Relationship Status; Who is Mike's wife?

Mike McCarthy is presently married to his wife Jessica Kress on March 15, 2008, and the marriage ceremony was held in Maricopa County. Jessica was born on February 9, 1972, in Wisconsin and she is an elementary school teacher. 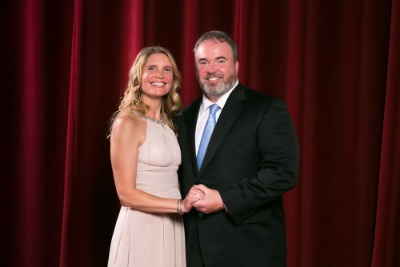 Before marrying Jessica, Mike was previously married to his high school sweetheart Christine. They got married in 1989 and later divorced in 1995.

Like Mike, this is also the second marriage of Jessica. Before, she was married to William Kress who was a former director of Green Day Packers.

Mike is blessed with 5 children from his two wives. With Jess, he had his first daughter Gabrielle Kathleen on October 22, 2008. Their second girl Isabella Conroy was born in 2011.

The 2011 Maxwell Football Club NFL Coach of the Year had one daughter named Alexandra Noel McCarthywith his ex-wife, Christine. And from Jessica's previous marriage, she had two sons, George and Jack. They all live together as a big happy family.