Nick Rolovich is an American football coach by profession and he is currently the head coach at Washington State University. He replaced Mike Leach, the former head coach at WSU, who recorded the third-most wins of any coach in the history of the school.

The current head coach at WSU was a former coach at the University of Hawai'i where he led the team to a division title and its first appearance in the Mountain West Conference Championship. The former head coach of Hawaii is also a former player who once played for Hawaii University giving the best performances in the history of the University.

Early Life and Career: The rise of Nick

Nicholas Robert Rolovich, mostly known as Nick Rolovich was born on February 16, 1979, in Daly City of California, USA. He went to Marin Catholic High School in Kentfield as a kid. After, he attended the University of Hawaii at Manoa.

The former quarterback started his coaching career at City College of San Francisco Rams as an assistant. His best highlight as a coach was at the University of Hawai'i where he led the team to a 10-win season. He left the Rainbow Warriors in 2019 and joined WSU in 2020.

Who is Rolovich's wife? Know about his beloved partner?

Nick Rolovich is currently married to Analea Donovan originally from Maui. Nick met his sweetheart Analea during his college days and since then the couple has been together.

The pair got married and are living together since then. 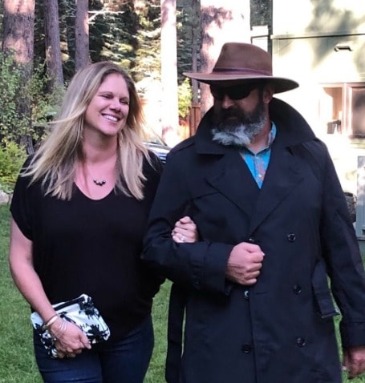 Nick and his love Analea have 4 children together, eldest son Daniel, daughter Alana Rolovich. They also have 2 twins named William and Patrick.

What is the Net worth and Salary of the WSU head coach?

Nick Rolovich signed a 5-year contract with WSU which pays him $3 million a year. It includes $2 million base salaries and $1 million pay for media according to Steve Berkowitz. If WSU fires Nick, he would get 60% of his base salary.

Before joining WSU, in Hawaii, his total contract pay was $2.1 million without including bonuses and incentives.

A football genius from childhood,  the American football coach played as quarterback during his school days and even leading the schools to 2 times championships. During his college days, in 1999, he also led the City College of San Francisco to a national championship.

What are his recent controversies?

The WSU head coach came into highlight when he recently denied getting vaccinated. But he never revealed the reason. 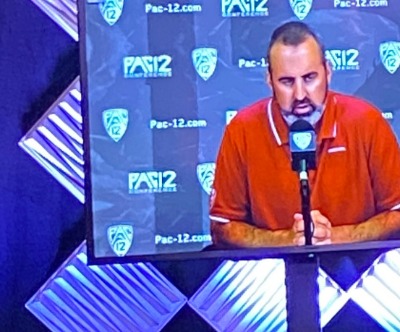 Due to this reason, he could not participate physically in Pac 12 football media event in Los Angeles.