Mike Matheson is a Canadian professional Ice-hockey player who currently plays as a Defence for the Florida Panthers of the National Hockey League (NHL). Additionally, he was initially drafted by the Panthers in the 2012 NHL Entry Draft as a first-round 23rd overall pick.

As of 2019, Mike has an estimated net worth over $5 million, which is entirely generated from his professional career. Reportedly, he has collected $9,061,694 as entire career earnings. Besides, he is a married man and currently, enjoying a marital relationship with his wife, Emily Pfalzer.

Mike Matheson Earnings; How much is his Net Worth?

Mike, who has been playing professional Ice-hockey since 2015, has collected a massive net worth over $5 million. Additionally, he has accumulated $9,061,694 as entire career earnings. Moreover, Mike earns $4.875 million as an average annual salary. He signed eight years/ $39 million contract with Florida Panthers which includes $7,000,000 as a signing bonus and $39,000,000 as a  guaranteed amount on October 7, 2017.

Below table gives the details about Mike career contract and earnings:

Moreover, he is the 7th best-paid player of Florida Panthers while Sergei Bobrovsky, Aaron Ekblad are among the highest earner with an annual average salary of $10,000,000 and $7,500,000 respectively.

Additionally, he stands in the 196th position among the highest earners of NHL whereas Connor McDavid and Artemi Panarin are the top-2 highest earner with an annual average salary of $12,500,000 and $11,642,857 respectively.

In addition, he also earns an additional amount of money, promoting the product of renowned brands. However, he has never talked about his endorsement deals and valuable assets like cars and house in the media to date.

Is Mike Matheson Married? Know about his Personal Life in details

Mike Matheson is happily married to his beautiful wife, Emily Pfalzer. Reportedly, the couple started their relationship during her high school days. Additionally, Mike engaged with his long term girlfriend during the summer of 2018.

The couple exchanged their marital vows on July 19, 2019, at Fort Lauradale. Reportedly, Mike dated his girlfriend for long before he finally decided to exchange marital vows. Form the pictorial evidence; it seems like they had a lavish wedding ceremony in the presence of their friends and family. 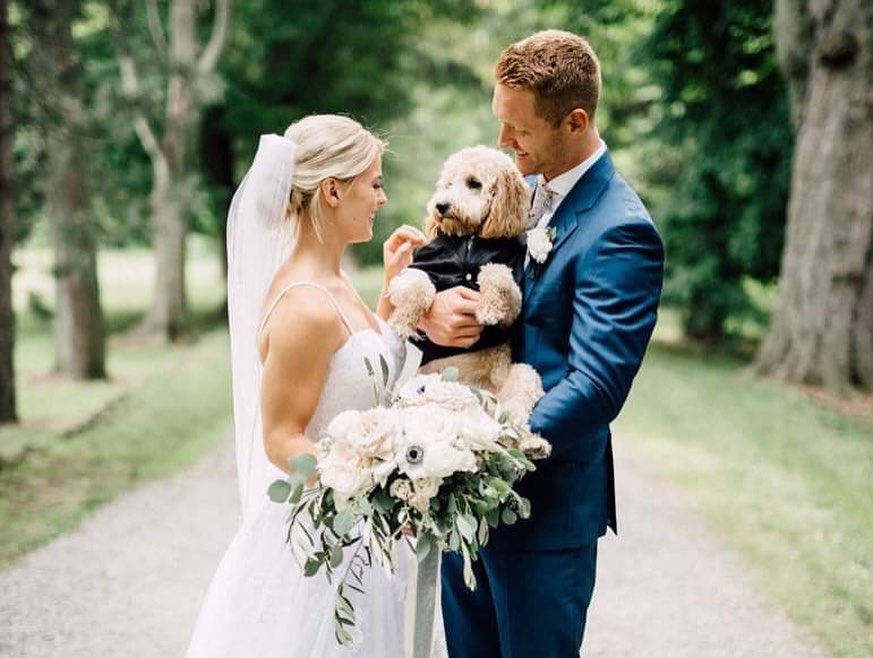 Although there isn't much information about his relationship history, he is living a smooth marital life without any rumors of divorce or separation in the media yet.

In contrast, the love birds often go for a vacation to spend their romantic time together. Moreover, the couple doesn't seem to be ready for parenthood as they haven't planned for their child yet. In fact, we may hear about them being pregnant soon. 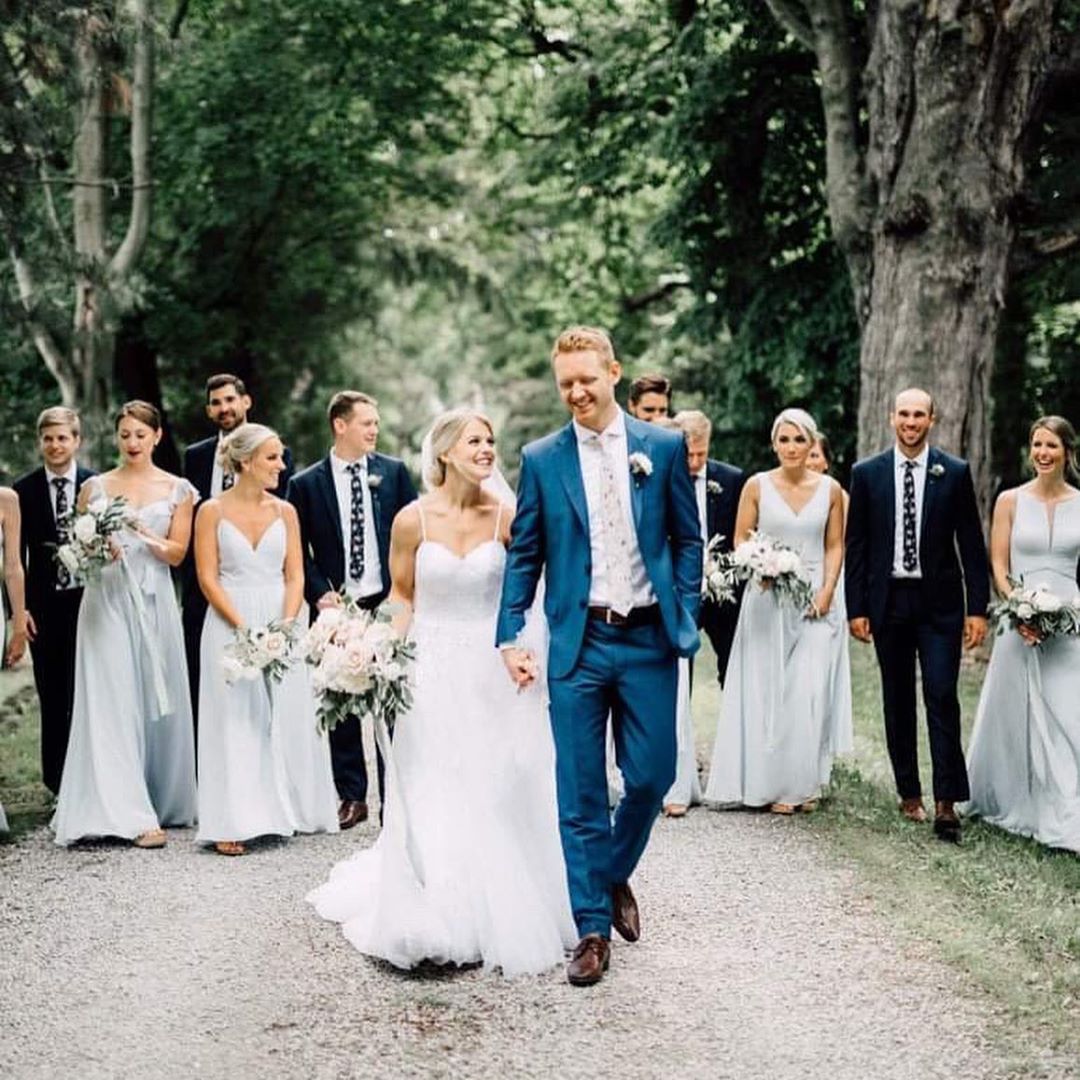 Mike Matheson and his wife Emily Pfalzer on their wedding SOURCE: Instagram

Apart from love affairs, he has maintained a good social life as he regularly hangs out with his friends, involving in recreational activities like traveling, Surfing, and many more.

Also, he is actively engaged in social media but yet to gain popularity. Besides, he is pretty famous in real life with a huge fan following. Also, Mike and his wife have a dog named Hankthetank with whom they never miss a chance to spend their time.

Who is Emily Pfalzer? Know about her in detail

Emily, who is also a professional Ice-hockey player who currently plays as a captain for the Buffalo Beauts of the National Women's Hockey League (NWHL). She was born on June 14, 1993, in Getzville, New York, the U.S to David Pfalzer and Jill Pfalzer. Additionally, Emily is an American native and belong to the ethnic group of white. 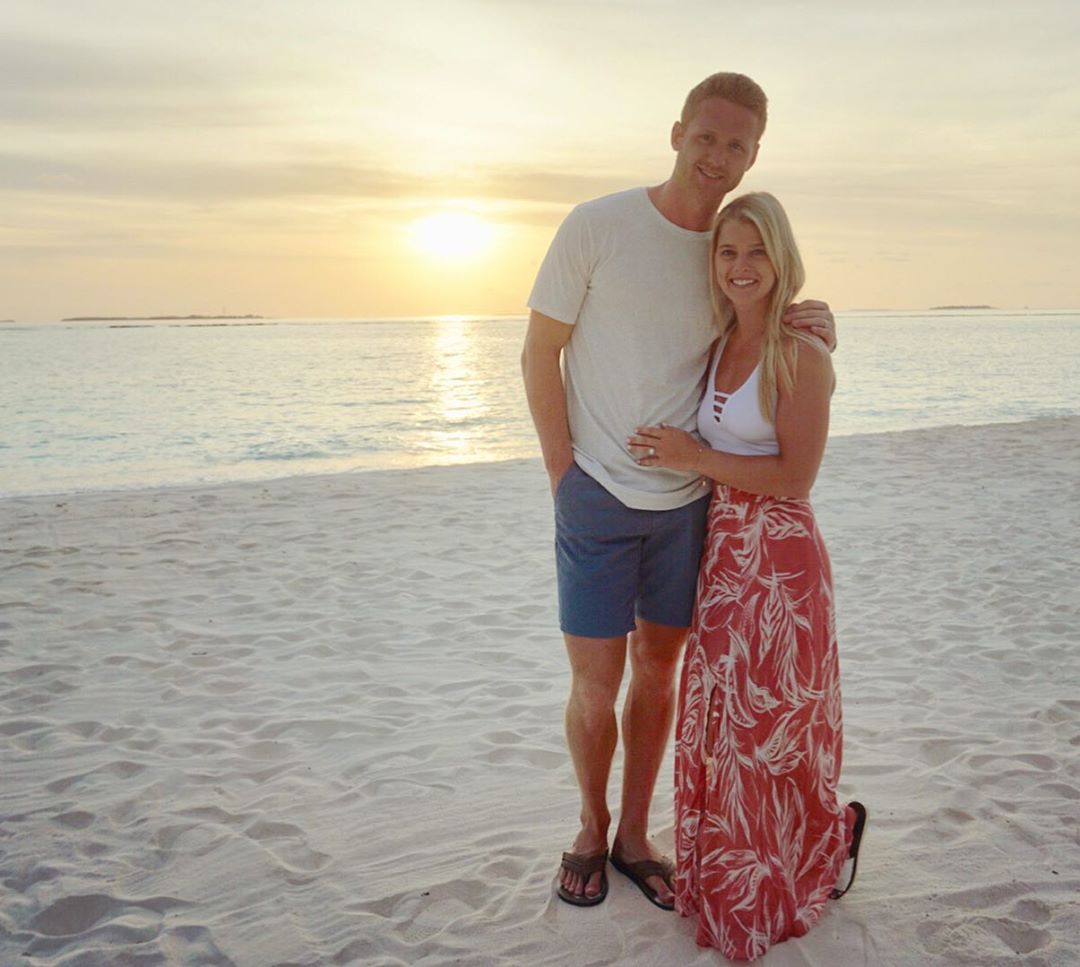 Further, Emily made her professional debut in the NWHL on October 11, 2015. Previously, she played for the team Mississauga Chiefs and has also played college-level Ice-hockey, representing Boston College. 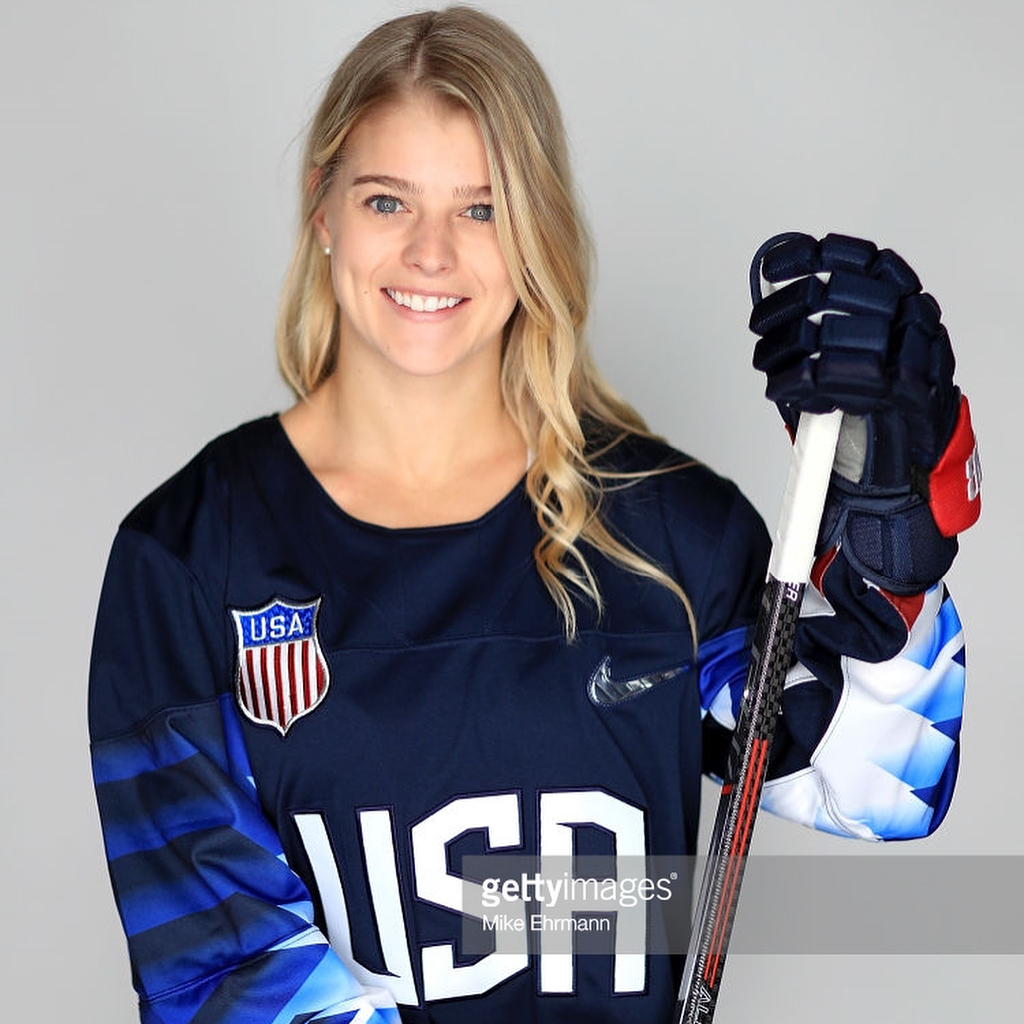 Talking about her body measurement, she stands in the height of 5 feet 2 inches tall (1.5 meters) and weighs around 57kg (125 lbs). As of 2019, she is 26 years old. Talking about her education, she attended Nicholas School. And later enrolled at Boston college for her higher education.

Mike was born on February 27, 1994, in Pointe-Claire, Quebec, Canada but the details about his parents are still undercover. Mike is a Canadian native by birth and was born under the star sign Pisces. Moreover, Matheson is of the white ethnic group. Additionally, the details about his siblings and childhood are not in the media yet.

As a young player, he played in the 2006 and 2007 Quebec International Pee-Wee Hockey Tournaments, representing Major Hockey League Team, from West Island. Later, he joined Boston college and committed to play for the college team in NCCA.

As of 2019, Mike plays as a Defence for the Florida Panthers of the National Hockey League (NHL). He was initially drafted by the Florida Panthers as a first-round 23rd overall pick in the 2012 NHL Entry Draft. Mike made his NHL debut on March 23, 2016, playing against Winnipeg Jets.

Additionally, he scored his first goal on October 18, 2016, against the Tampa Bay Lightning. On October 13, 2018, Matheson hit forward Elias Pettersson during a game against Vancouver Canucks, leading to Pettersson leaving the game with a concussion. As a result, he was suspended for two games and fined $52,419.36.