Connor McDavid is a star center for the C since 2015 and he is one of the most talked-about hockey prospects in years. The Greater Toronto Hockey League's player of the year, McDavid became the first player to win the “Enterprise NHL Fastest Skater Competition” event back-to-back, with times of 13.310 in 2017, and 13.454 in 2018.

Born in Toronto, Canada on January 13, 1997, Conor McDavid grew up playing hockey in his area.  Son of Brian and mother Kelly McDavid, Conor is the youngest sibling and has an older brother Cameron McDavid. 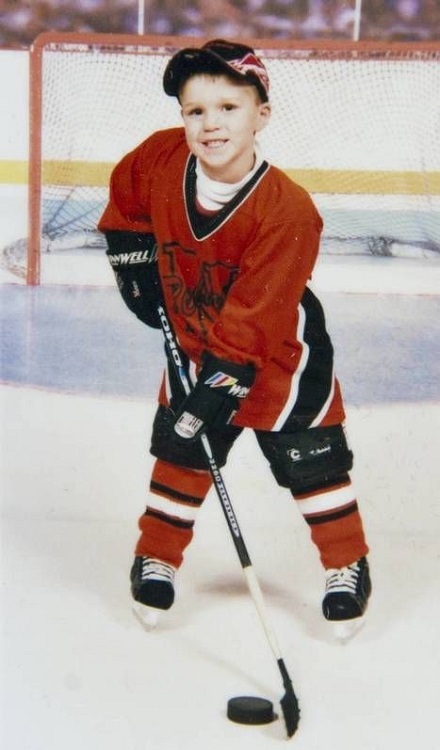 When Connor got his first pair of rollerblades just before his third birthday, he instantly rolled around the family’s unfinished basement without falling and just like that his parents knew that Conor wasn't like the other kids.

At 4, the only question was exactly how good he would become. In his first year of hockey, instead of joining the usual swarm of children hacking at the puck, Connor would calmly wait outside the throng, waiting for the puck to emerge. When it inevitably did, he would take off with it, the other children chasing him.

Seeing McDavid's special talent he was given the status of "Exceptional Player" by Hockey Canada, which allowed him to play major junior hockey one year earlier.

Income and Net Worth

On July 5, 2017, McDavid signed an 8-year, $100 million extension contract with the Edmonton Oilers. The average annual value of $12.5 million per year for the gifted McDavid is the highest in the NHL, surpassing the $10.5 million contracts previously held by Carey Price, Jonathan Toews, and Patrick Kane.

Despite having a salary of $832,500  thousand per year, Conor's net worth is still unknown.

In 2011–12 McDavid recorded 79 goals and 130 assists for 209 points in 88 games at the minor midget level and was named the Greater Toronto Hockey Leauge (GTHL) Player of the Year. After gaining so much praise, McDavid was permitted McDavid to play in the Ontario Hockey League (OHL) bu the governing body for amateur hockey in Canada.

McDavid first played in an Ice Hockey World Championship (IIHF) tournament in 2013 when he joined the Canadian under-18 team at the 2013 IIHF World U18 Championships in Sochi, Russia.

During training camp for the 2014–15 season, McDavid was named the captain of the Erie Otters. In the 47 games that McDavid played with the Otters during the 2014–15 regular season, he registered 44 goals and 76 assists, finishing third in OHL scoring.

At 19 years old, the versatile center was selected by the Edmond Oilers in the 2015 NHL Draft and was named the captain of the team in October 2016, becoming the youngest captain in the history of NHL.

On November 19, 2016, in a game against the Dallas Stars, McDavid recorded his first career hat-trick in a 5–2 win ending a 10-game goal drought. McDavid became the first Oiler in history to score a hat-trick in an opening night game, which took place on October 4, 2017.

In such a short period of time, Conor managed to gain so much reputation with his game. He has a huge number of followers on his Facebook, also with 559k Instagram followers and 290k Twitter followers, Conor has no shortage of admirers.

McDavid used to date former volleyball player Lauren D’Andrade but soon broke up and after a short period of time, he found  Lauren Kyle. 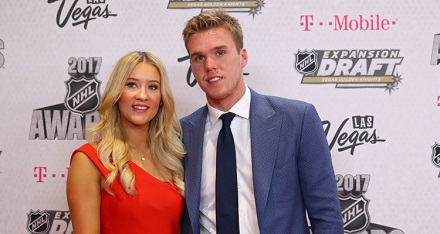 The Canadian beauty is a model for the Ford/Robert Black Agency, and the couple is often spotted together in public places being cozy with one another. Lauren and Conor seem very adorable together and their relationship seems to bloom