Akebono Taro has an estimated net worth over $1 million. During his wrestling career, Taro earned up to $80,000 as an annual salary. He is married to his longtime partner Christiane Reiko Kalina. The couple has two sons and a daughter.

Born as Chadwick Haheo Rowan on May 8, 1969, to parents Randolph and Janice Rowan, he is of Hawaiian descent. His birthplace is Waimanalo, Hawaii, of United States. Taro belongs to Japanese descent. He grew up with his two younger brothers, one of whom, Ola Taro became a sumo wrestler for a brief period.

You may like: Olympic Wrestler Jordan Burroughs Early life and Career

Akebono attended Kaiser High School in Hawaii, where he played basketball for the high school team and became an All-star center. Further, he went to Hawaii Pacific University on a Basketball scholarship.

Akebono Taro Net worth and Salary

As per reports, the professional Sumo wrestlers are divided into 6 different divisions according to their performance. Yokozuna is the highest ranks in sumo wrestling, where the wrestler can earn up to more than $80,000 a year.

The official salary of Akebono Taro is not released. However, considering his performance and ranks, it can be assumed that during his sumo wrestling career, Taro's annual salary was somewhere between $30,000-$50,000. In 1993, he received $80,000 as a winning prize for becoming the top-ranked sumo wrestler.

Taro has kept his personal earnings and Net worth secret for the eye of Media and Public eyes. During his 8 years at the yokozuna rank, Akebono won a further 8 tournament championships, for a career total of 11.

The estimated net worth of Akebono Taro is somewhere between $1 million-$1.5 million.

During his high school days, Taro wanted to study Hotel Management, but he was always interested in Sumo Career. Further, he went to Japan and began his professional wrestling career in 1986. Taro made his professional Sumo wrestling debut in March 1988.

Altogether, there are six rankings in Sumo wrestling; JonoKuchi, Jonidan, Sandanme, Makushita, Juryo, and Makuuchi. Akebono rose rapidly through the ranks. He was promoted to Juryo in March 1990, and to Makuuchi in September 1990. 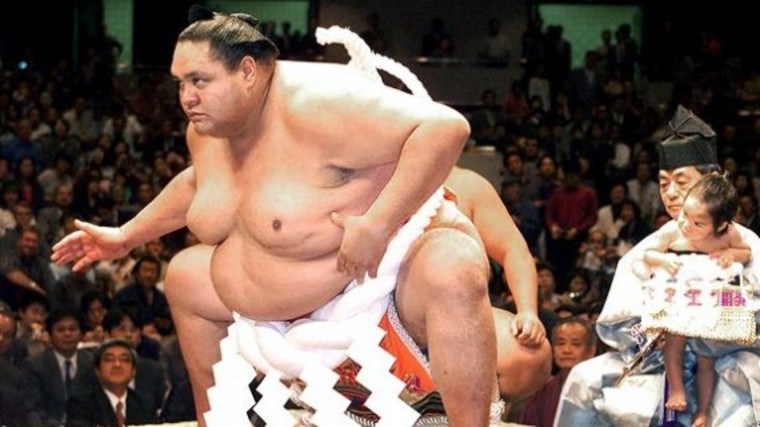 During the summer of 1992, he won consecutive championships in November 1992 and January 1993. Further, he was promoted to the highest rank in Sumo, which is Yokozuna.

In January 2001, after a serious injury, Taro decided to retired and became a member of the Japan Sumo Association as a Coach.

Taro has won several awards and championship during his wrestling career. In 2005, he won the Newcomer Award and Best Tag Team Award. Also, he has won numbers of World Tag Team Championship. 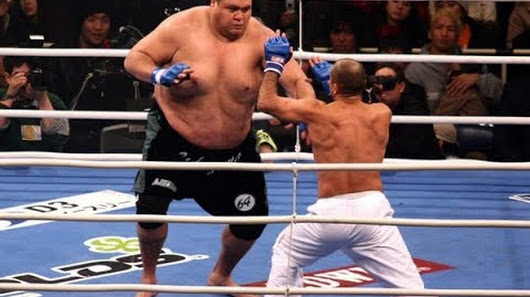 During 2005-2017, Taro worked as a freelancer wrestler and appeared in several tournaments including World Wrestling Entertainment (WWE), and All-Japan Pro Wrestling (AJPW). Taro currently works as a professional wrestler. 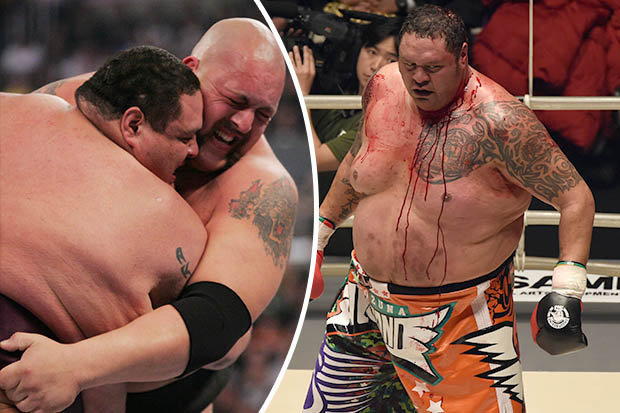 On March 31, 2005, Akebono made an appearance on SmackDown to accept the Big Show's challenge to a sumo match at WrestleMania 21, where Taro defeated Big Show. Akebono made his wrestling debut later that night, defeating jobber Eddie Vegas.

Regarding personal life of Akebono Taro, he is 49 years as of 2018. He is a former successful sumo wrestler and is currently working as a professional wrestler.  Taro was engaged to a former television celebrity, Yu Aihara in 1996. They broke up the following year due to some personal misunderstandings.

Apart from his relationship with Aihara, Taro's personal affairs are a matter of gossip. 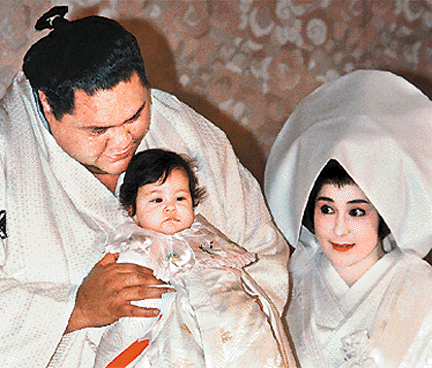 Later, in February 1998, Akebono announced his engagement to Christiane Reiko Kalina, a teacher who is of Japanese and American descent. They married in September 1998, and have three children; two sons and a daughter. Taro's current spouse works as a teacher.

Some of the facts of the Akebono taro are: