Mayar Sherif is a rising Egyptian professional tennis player. She has been playing at the professional level since 2019. Sherif has already won the WTA Challenger title and Nine ITF titles. Representing her country in the 2019 African games, Mayar won the gold medal in the Single, Double and Team.

Mayar Sherif was born Mayar Sherif Ahmed Abdel-Aziz on May 5, 1996, in Cairo. She is among the four children born to Amal Thabet and Sherif Ahmed. Mayar has three siblings Rana, Dalya and Rawan. Sherif enrolled at Pepperdine University in Malibu and graduated with a Bachelor of Science in sports and medicine. Mayar stands five feet and eleven inches tall and weighs 65 kg.

Mayar Sherif has an estimated net worth of more than $500,000. Mayar has earned most of her net worth through her successful career in WTA and ITF events. A tennis player does not need to win an event to earn their prize money. They earn as per the round they reach in the event. Also, A tennis player makes a handsome amount from their sponsorship and advertising deals with numerous brands. 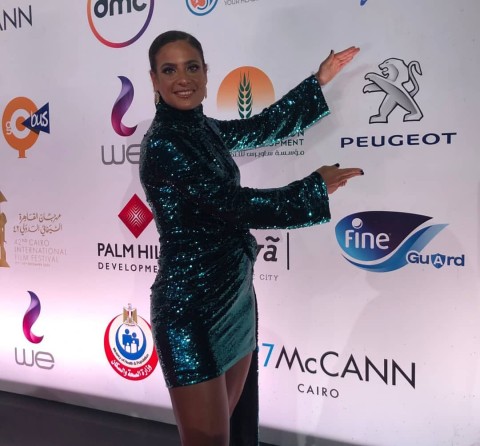 Sherif has signed numerous deals with major companies like Vodafone, National Bank of Egypt, Allianz, Peugeot, Ora Developers (Zed). In August, she announced a brand new agreement with Mastercard. Last year, Mayar took home prize money of more than $120,000 from WTA events and had earned the most from US Open after reaching R128.

In 2020, Sherif won the ITF/USTA and earned her prize money of $15,000. Mayar earned a good amount of $66,000 in the Grand Slam Roland Garros event. Totaling her prize money from WTA events, it sums to $556,749. The player is very early in her career and will be making millions in the future.

Mayar shows a good presence on social media. The tennis player has not shared a word about her relationship status in public. Mayar could be single, dating or even engaged to her fiance. There is no rumor of Sherif dating anyone in public.

Mayar started playing tennis along with her siblings and parents. Her sister Rana played tennis from the early days. The player played locally for several years before getting her recognition. Mayar went to the states to complete her undergraduate and played tennis for Pepperdine.

Mayar made her professional debut after qualifying in the Australian Open but lost the first round of qualifiers to Ann Li. The player appeared in the French Open and left a good remark. In 2020, Sherif won her first match at the Grand Slam-winning math against Chloe Paquet. The same year, She earned her spot in the Tokyo Olympics after winning the 2019 African Games. At the end of the season, Mayar entered into top 100 rankings.