Ann Li is an American rising tennis player. She was the runner-up at the 2017 Wimbledon Junior Championships. Her highest ranking is recorded No. 370 on 18th November 2019 and is currently ranked No.557 as of 2nd November 2020.

King of Prussia, Pennsylvania native, Ann Li was born on 26th June 2000, under the star sign Cancer. She holds an American nationality and is of Chinese descent.

Is Ann Li in a Relationship? Know Her Personal Life

Ann Li has successfully hidden her love life from the public.  Neither she has openly talked about her affairs or boyfriend nor the tennis player has been spotted with a guy who is assumed to her potential partner. Additionally, her IG only features a post from tennis and some with her friends. 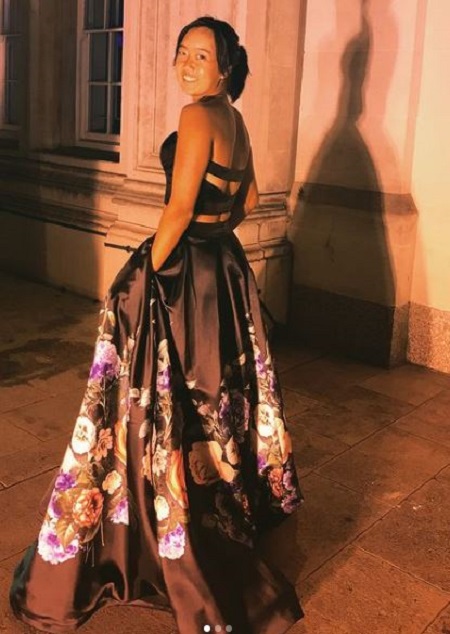 The twenty years old is currently believed to be single and much focused on her career rather than anything else.

Born to Chinese immigrant parents, Ann both her mom and dad were college athletes. She said, "My dad played soccer in college, my mom ran track," Li told the press. "We kind of have a history of sports, but they didn't know anything about tennis really." Also, her aunt was a professional speed skater in China.

Ann started playing tennis at the age of five. Growing up she was much inspired by Li Na to pave the way for Chinese players by winning two Grand Slams and climbing as high as No. 2.

In 2018, Ann Li joined the Kentucky Bank Championship where she won against Renata Zarazua, Julia Glushko, Anastasia Nefedova, Jessica Pegula prior to losing to Asia Muhammad in straight sets. At the Koser Jewelers Challenge, Li defeated former British No. 1, Heather Watson, and Wimbledon finalist, Sabine Lisicki, however, lost to Madison Brengle in the quarterfinals.

Subsequently, she entered an ITF event in Texas where she lost to Naomi Broady. Her best result after the US Open was at Stockton, defeating Jovana Jaksic, Lauren Davis, before yet again falling to Madison Brengle. In Templeton, she won against Nicole Gibbs before losing to Hailey Baptiste.

At the 2020 Australian Open, he advanced to the main draw of a Grand Slam tournament for the first time, after winning all of her qualifying matches. She proceeded to the second round, where she lost to the eventual champion, Sofia Kenin.