Matthew Smith is a professional football player from England who plays as a midfielder for EFL League One club Milton Keynes Dons. Despite being born in England, Smith represents the Wales national team who made his debut for the senior team in 2018.

Starting his career with West Bromwich Albion, Smith has played for various clubs, including FC Twente. Being with them, Smith also helped them to win the title of Eerste Divisie: 2018-19. Currently, Smith wears jersey number seven.

Matthew Smith Shares a Child With His Fiancee

Starting with his love life, Smith is engaged to his girlfriend turned fiance, who uses Instagram under the username @emjs_xx. Her name has not been shared openly in the media. Smith and his partner have been in a romantic relationship for five years.

Not only that, but the pair are already engaged, but the date of their engagement also remains a mystery. On March 6, 2022, Smith posted a photo with his fiance saying, "5 years." From this, it can be said that the pair have been dating since 2017. 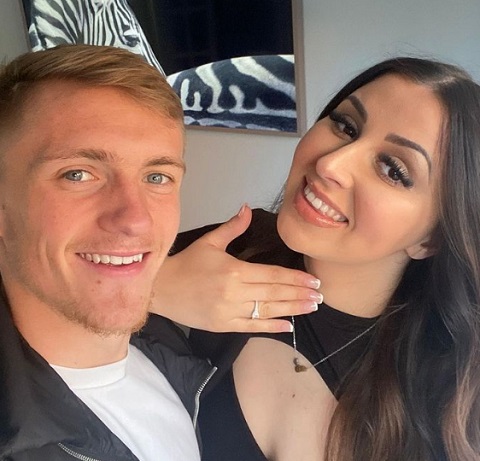 Matthew Smith has a daughter with his fiance SOURCE: Instagram @mattsmith

Apart from that, Smith and his fiance have already started a family. On April 18, 2022, Smith and his partner became parents for the first time after welcoming their child, a daughter named Bobby Riley Smith. The professional footballer had also shared a snap on Instagram of the baby holding the hands of the Smith couple.

Smith makes most of his gains from being a professional football player. He has played for multiple teams in the past, with whom he had a fantastic deal. He has also played for famous teams like Manchester City and Hull City. During his time on those squads, Smith appeared in various games, and his performances might have received some cash prizes. 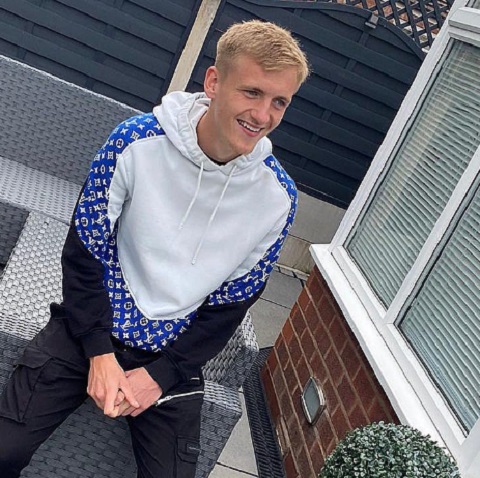 Since January 31, 2022, Smith has played for EFL League One club Milton Keynes Dons. So, being a part of the team, Smith might be taking home a decent salary, but the actual amount remains under review. A report shows that Championship football players are getting about £35,000 per week on average.

Moreover, it can be said that Smith is enjoying his life as he has preserved a considerable fortune. It is believed that Smith's current net worth is in the six figures while his market value is €450,000, but the highest value was €1.50 million on June 30, 2019.

When he was young, Smith joined the academy of West Bromwich Albion. Later, in 2013, he moved to the academy of Manchester City. In July 2018, Smith was loaned to Dutch Eerste Divisie club FC Twente. After making 34 appearances for them, he moved to play with Queens Park Rangers, with whom he appeared in 8 games.

In 2020, he also played for Charlton Athletic in just two games. For the 2020-21 season, Smith went to play with Doncaster Rovers, and for the following season, he was loaned to Hull City. On January 31, 2022, Smith signed a deal with EFL League One club Milton Keynes Dons. 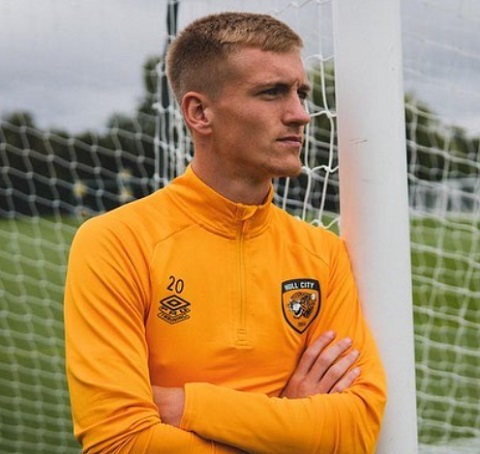 Talking about his international career, he represents the national football team of Wales despite being born in England. Smith has represented the youth team of Wales and finally made his debut for the senior team in 2018.

Insights on His Early Life & Parents

Matthew Robert Smith was born to his parents on November 22, 1999, in Redditch,  England. His mother's name is Stella Hemming, while his father is Ian Smith. Besides, Smith appears to have a brother named Jamie Smith. 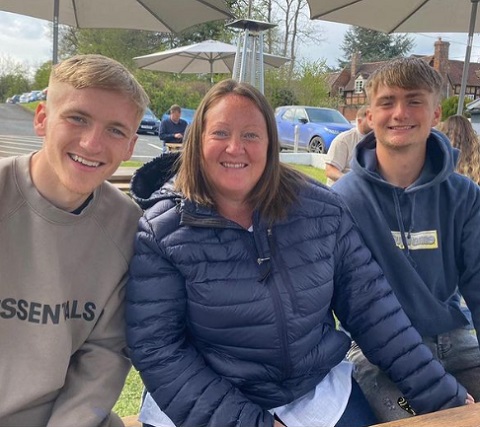 Matthew Smith with his mom and brother SOURCE: Instagram @mattsmith

It is reported that some of his family members also have an athletic background, as his dad is a former footballer. Furthermore, Smith holds English nationality. Speaking of his physical appearance, Smith peaks at an average height of 5 feet 9 inches.