English football player Amari'i Bell has been playing as a left-back for the EFL Championship club Luton Town since joining the club on July 1, 2021. Apart from playing as a left-back, Bell can also take a role as the left midfielder. The 5 feet 11 inches tall footballer wears jersey number 29 on his current team. Being among the most skilled footballers, Bell has also received some honors for his performances, including the PFA Team of the Year: 2017-18 League One.

Well, Amari'i Bell is a very private person who likes to stay away from the media rather than share his personal details openly. So, till now, Bell has not talked about his love affair yet. But his social media posts show that Bell has already become a father of a son.

Together with a little boy, Bell has visited different places, and he has also shared some moments on his Instagram handle. In those images, people were happy to see them together, and many were also asking questions if he had a son or not, as Bell has not talked anything about the topic yet. Amari'i Bell is the father of a son SOURCE: Instagram @amariibell

From this, it can also be said that Bell has a partner, but he likes to keep his love life far from the public domain. All of this may be due to privacy reasons. So, rather than getting involved in unwanted controversies, Bell stays low-key but to get more updates about his ongoing lifestyle, we can follow him on social media.

Salary and Net Worth Revealed

Bell is a football player who is currently playing for the EFL Championship club Luton Town. From his current team, Bell might be taking home a decent salary, but the actual amount of his salary remains unknown. Meanwhile, he has previously represented some teams with whom Bell had signed impressive deals. 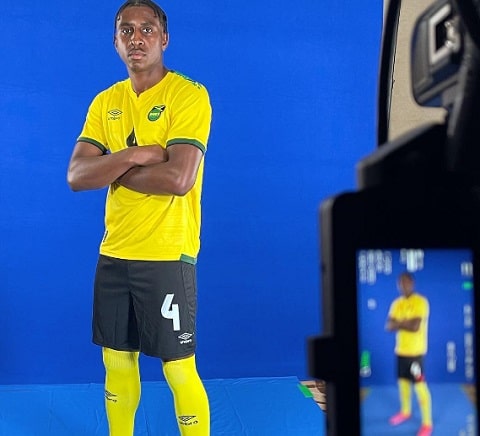 Apart from being a part of various clubs, Bell is also a national player who plays for the Jamaican national team. A source claims that a football player in Jamaica has an average salary of TT$3,000 and TT$5,000 per month. And being a professional footballer, Bell surely takes home a decent profit from endorsement deals, and if he shares a sponsored post on Instagram, the advertiser will surely pay him well.

Taking all the above facts into deliberation, we can say that Bell lives a lavish life as he has preserved a considerable net worth. Bell's lifestyle can be explored by following him on Instagram.

Starting with his career at the club, Bell began playing football when he joined West Bromwich Albion. After that, he moved to play with Solihull Moors. In 2011, Bell went to Birmingham City's academy. After one year, in June 2012, Bell signed a professional contract with the team. After giving his best performances in the 2012-13 season, he was given another one-year contract.

Meanwhile, he was loaned to Conference Premier club Nuneaton Town in July 2013. And his debut for the team came against Macclesfield Town. Later, he was given a squad number. After having some injury, he was out for some games but later re-established himself at left-back. And on January 28, 2014, he made his first team debut by playing against Championship leaders Leicester City. 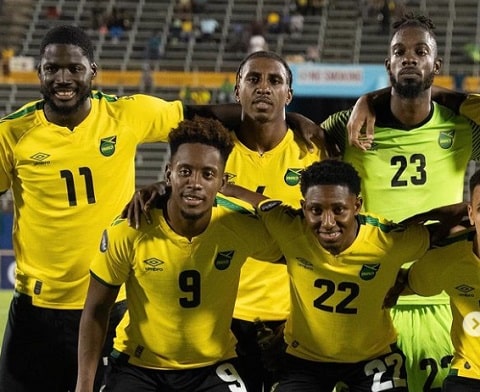 On March 6, 2014, Bell joined Conference Premier club Kidderminster Harriers. His first senior goal for the team came on April 15 while playing against Cambridge United. For the 2014-15 season, he signed to League Two club Mansfield Town on loan. Despite that, he recalled only three matches, and Bell joined Swindon Town of League One on September 26, 2014.

Later in March 2015, he went on to play for League One Gillingham, with whom he had just made seven game appearances. And on July 1, 2015, Bell signed a deal with League One club Fleetwood Town. From 2015 to 2018, he played with them and made 115 game appearances, scoring six goals. And since joining Luton Town on July 1, 2021, Bell has been playing for them. Talking about his international career, Bell plays for the Jamaican national team. And on March 25, 2021, Bell made his debut for the national team. Moreover, Bell was also a part of the team that participated in the 2021 CONCACAF Gold Cup.

Amari'i Kyren Bell was born on May 5, 1994, in Burton in Trent, England, to parents coming from Jamaica. Bell spent most of his early days in the Quinton district of Birmingham. Besides, Bell went to Four Dwellings High School.

From an early age, Bell was passionate about playing football, and he joined West Bromwich Albion. Talking about his physical appearance, Bell has great stamina, and he peaks at the height of 5 feet 11 inches (1.80 m).

Amari'i Bell is an active Instagram user who is verified on the platform under the username @amariibell. From his IG account, Bell shares updates about his personal and professional life. Not only that, but Bell has been using Twitter since creating the account in February 2011.