Marvin Vettori is an Italian MMA fighter who is currently signed to the Ultimate Fighting Championship (UFC) of the Middleweight division. A brown belt in Brazilian Jiu-Jitsu, he took MMA professionally since 2011 and has previously competed at UCMMA, Impera, European MMA League, and Venator.

Marvin Vettori Net Worth & Career Earning As Of 2020

Middleweight fighter, Marvin Vettori's net worth is approximately $0.6 million as of 2020. Much like the entertainment industry, MMA fighters get paid in a number of different ways. A lot of their pay has to do with how popular they are at the time. Furthermore, sponsorship and endorsement deals play a vital role in making money.

Currently, the hunk is signed to the UFC where he is earning a substantial amount. His UFC career earning is disclosed below:

Before UFC, he widely competed in his country mostly for Venator. As reported, there a fighter makes $1000 per show and other cash depends on wins and fight of the night bonus.

Among others, Audi is one of his sponsors. Also, he is seen promoting his t-shirt brand on social. 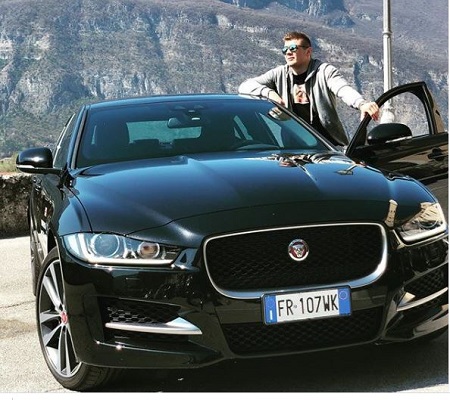 With decent earnings and net worth, the fight seems to have a lavish lifestyle. His love for four-wheelers can be seen on his socials accounts.

Active on Instagram with 94.6k followers, Marvin often posts pictures with his family rather than lovey-Dobey things. A matter of fact, there is no single pictures on his socials that could hint his relationship or love life. Information regarding his hook-up, break-up, and girlfriend are yet to discover by the media. 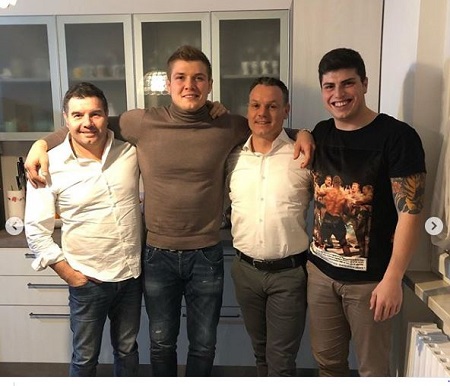 As the fighter has maintained a low-key personal life, Marvin is believed to be possibly single.

Marvin was into MMA when he was young and was inspired to train MMA after watching fighters such as Fedor Emelianenko, Mirko Filipovic, and Mauricio "Shogun" Rua's fights at PRIDE on TV when he was 16 years old.

When he started out training MMA in Italy, Marvin went to six different gyms to get all the skills and training he needed, At that time, the sport was still growing in Italy and a proper MMA gym was hard to find. Further, he relocated to London for two years to train MMA and then to the United States to train at Kings MMA.