Martin Smith is an American sports journalist currently working for ESPN. He is famous for his works with ESPN where he did NASCAR coverage. He further hosted an interview show named SportsCenter Presents: Marty Smith’s America.

Martin Smith, reportedly earns around $250 thousand dollars, as his yearly salary from the network, and as of 2018, he reportedly has an estimated net worth of over $2 million dollars. He is currently married to his longtime girlfriend, Lainie Smith and has three children, Cambron, Mia, and Vivian with her.

Martin Smith was born on April 15, 1976, in Pearisburg, Virginia to Leo Smith and Joy Massey Smith. He holds an American nationality. Further, his zodiac sign is Aries.

Martin Smith studied at Giles High School where he was a member of the school's 1993 state champion football team. After high school, he joined the Radford University and acquired his degree Bachelor's degree.

Marty Smith began his career as a football player during his high school days. He was a member of the school's 1993 state champion football team. However, he chose journalism as his career and joined ESPN in 2006 as a NASCAR reporter. 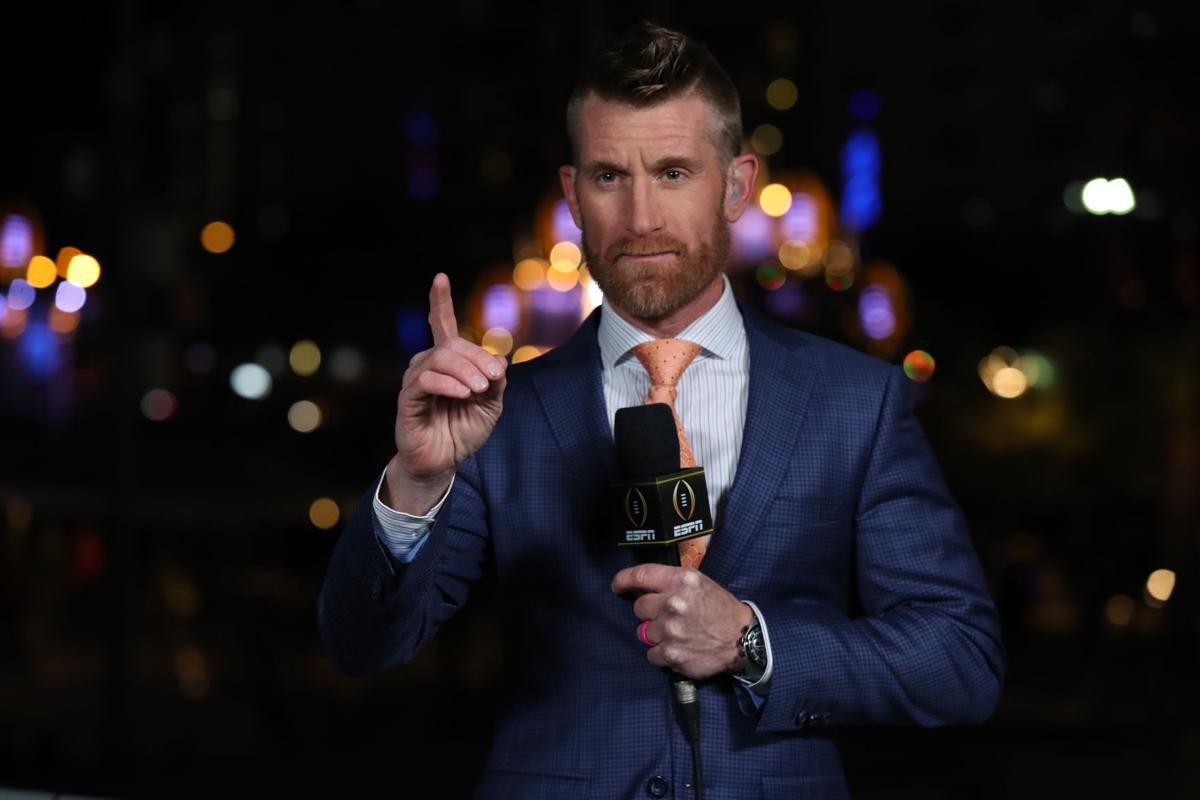 Marty Smith did coverage for Sports Center as well as also appeared on NASCAR Countdown and NASCAR Now. Furthermore, he hosted SportsCenter Presents: Marty Smith’s America, and has interviewed athletes such as Tim Tebow, Cristiano Ronaldo, and Cam Newton.

Marty Smith is a married man who exchanged the vows with his longtime girlfriend Lainie Smith. Together, they have three children Cambron, Mia, and Vivian.

Happy INDEPENDENCE DAY everyone.
I am so in love with my family. #Merica pic.twitter.com/5BDcAFmJ7t

Since their marriage, the couple has maintained a good relationship between them. Marty hasn't been involved in other affairs apart from his wife. The couple is enjoying a happy married life ever since.

Marty Smith's Net worth and Salary

Martin Smith has an estimated net worth of $2 million dollars. As of 2018, the reporter receives an annual salary of $250 thousand dollars from his successful reporting career with ESPN.

Apart from being a successful sports journalist, Martin Smith is pretty famous in social media. He has 246k Twitter followers and 22k Facebook followers.

Facts and Stats of Marty Smith