Cameron Jerrell Newton a.k.a. Cam Newton is an American football quarterback for the Carolina Panthers of the National Football League. He finished his collegiate career at Auburn and was drafted as the first overall pick by the Panthers in the 2011 NFL Draft.

The twenty-nine years old has an estimated net worth over $50 million and an annual base salary of $16.2 million in 2019. He is dating his long-time girlfriend, Kia Proctor.

Net Worth and Endorsement of Cam Newton; Contract and Salary

Cam Newton has an estimated net worth over $50 million in 2019, including all of his assets and incomes. The Net Worth of Cam Newton has seen a hike of 110% over the past few years. Furthermore, the NFL star has made $104,692,164 through eight seasons with the NFL.

What Endorsement Deals does Newton have?

Cam Newton owns a few of the best luxury cars in the world. The Car brands owned by Cam Newton include Corvette, Chevrolet, Cadillac, Audi and Range Rover. He is currently living in Charlotte, the real estate value of his house is over $3 million.

He has impressed his fans and followers with his extraordinary performance in the game. He bags huge fan followers on Twitter and Facebook. The American footballer Cam Newton is 6 feet and five inches tall in height.

Talking more about Newton loves basketball and baseball besides football and was an active baseball as well as a basketball player in his high school days too.

He completed his degree by specializing in sociology in the spring of 2015. Talking about his personal life and affairs, he is neither married nor engaged, however, sources confirm that he is in a relationship with his longtime girlfriend Kia Proctor. The couple began dating in 2013 and is still living happily together. 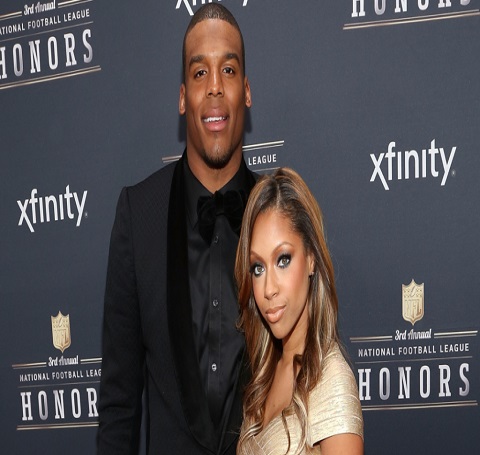 The couple together has two children, a son  Sovereign-Dior born in 2015, and a daughter, Campbell Newton born on 3  February  2017.

Newton and Kia are not engaged in a married relationship, but they love each other very much, which closes the door for a breakup or any extra affair rumors.

Cam Newton was born as Cameron Jerrell Newton on 11 May 1989, in Atlanta, Georgia, the United States. He was born to Cecil Newton Jr. and Jackie Newton. He is an American by his nationality and his ethnicity is of Afro-American ethnicity. His star sign is Taurus.

He attended Westlake Lions high school and further joined the University of Florida.

He is a young and dynamic player is currently at the pick of his career. Cam his early school days, played for the Westlake Lions high school football team. He was also successful in college career and played for the University of Florida, Blinn College, and Auburn University and won several awards like Maxwell Award, Walter Camp Award, Manning Award, and others honored him.

In the year 2011, he turned professional and signed a contract with the Carolina Panthers. He became the first NFL quarterback to throw for 400 yards in his debut game, breaking Peyton Manning's first-game record by 120 yards. 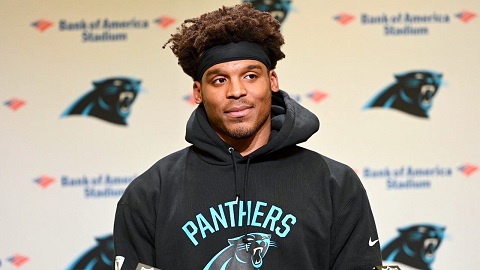 Since 2011, he has been one of the prominent players of Carolina Panthers, he is still active in his career and had a successful future ahead. Newton further tied John Elway's Tittle for 10th all-time in rushing touchdowns by a quarterback with 33 in 2014.