Marshall Williams Manning was born to an NFL legend. Likewise, his family holds a significant legacy in the NFL world. Many fans wonder if Peyton Manning's son will play football. And as the pressure for the athlete's kid looks immense. Stepping into his preteen years, Marshall showed his interest in the sport since most of his family played football.

Peyton married his wife a decade before he'd welcomed his children. And on March 31, 2011, Marshall was born alongside his twin sister. And currently, the twins are in their preteen years, eleven to be precise. The NFL star and his wife, Ashley Manning, welcomed their kids in New Orleans, Louisiana. And even in his early years, Marshall kept showing his growing interest in football.

One of the perks of having a successful athlete as a father; is wealth, and Marshall's dad Peyton commands a massive amount of money. Manning, the former Denver Broncos quarterback, owns an estimated $250 million as his net worth. And yes, he retired from football, but his name carries a lot of value. 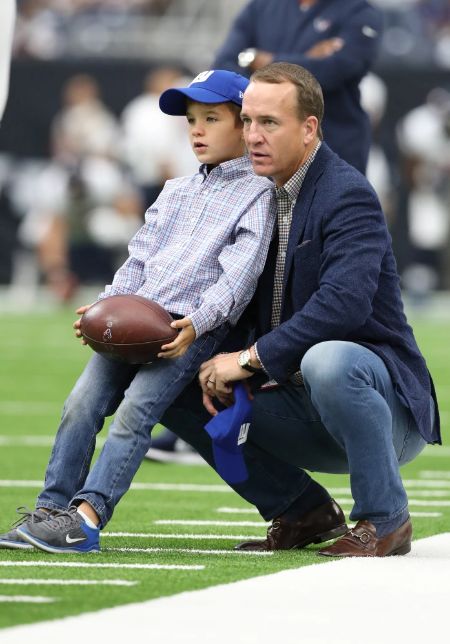 Marshall Williams Manning and his father, Peyton Manning, took pictures on the field together. SOURCE: USAToday

Despite his retirement, Peyton draws in massive cash flow from his sponsorships. And over the years, many top brands signed endorsement deals with Manning. Names like Sony, MasterCard, Reebok, Nike, and more once held a deal with the former football player. Manning also started Omaha Production and works as the head of the entertainment company.

Marshall leads a blissful life thanks to his father's wealth. Given his age, the young lad currently doesn't command assets of his own. But from his dad's wealth, Williams enjoys a lavish life alongside his family.

Peyton Manning commands massive fame thanks to his long football career. And his married life is no secret; on St. Patrick's Day, Manning married his wife, Ashley Manning. Likewise, the couple first met during Peyton's first year in college. 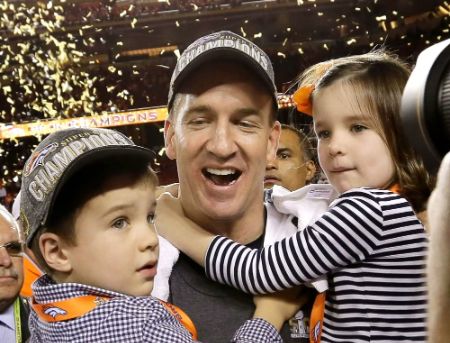 Peyton Manning was carrying his children in his arms. SOURCE: usmagazine

A couple of years of their meeting, Manning and Ashley started their relationship. A few years later, the NFL star married his long-time girlfriend. And after a decade, Peyton and Ashley finally welcomed children.

And over the decades, both Peyton and Ashley kept themselves from any unsavory scandals. And so far, the Mannings remain free of any divorce rumors or news.

Marshall isn't the only child of his parents, as we mentioned earlier. His parents welcomed a daughter as his fraternal twin. Peyton and Ashley named their daughter Mosley Thompson Manning. 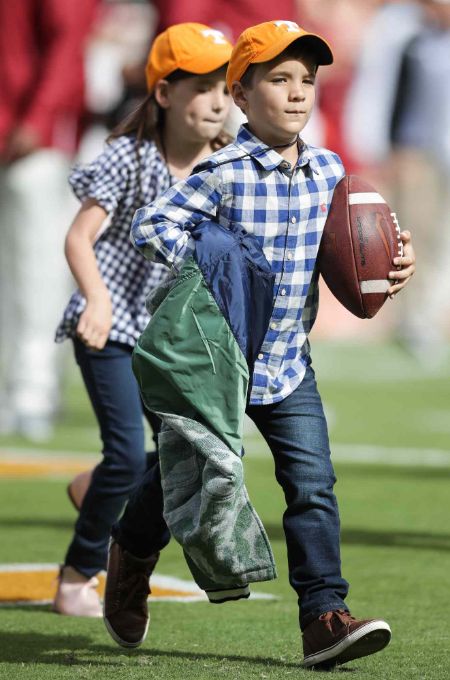 Marshall Williams Manning and his sister, Mosley Thompson Manning, were on the field together. SOURCE: people

Despite the fame and the spotlight on Peyton's children, both live their lives away from view. And the Manning couple successfully provides somewhat of a normal lifestyle to Marshall and Mosley.

Coming from football royalty, Marshall eventually showed interest in the said sport. As seen from the pictures online, his father, Peyton, is over the moon. However, Peyton isn't his son's idol; no, that honor belongs to Patrick Mahomes of the Kansas City Chiefs.