A celebrity's spouse automatically gains celebrity status, and Ashley Thompson came to the limelight as a spouse to an athlete. Besides, she married one of the American football legends and the former quarterback, Peyton Manning. And after Ashley tied the knot with Manning began her ascend in the media. Although Thompson gained stardom decades earlier, she preferred to lead a low-key life. But, things never were the same after her marriage; fans and paparazzi would swarm the celebrity wife if seen in a public place.

Although her husband, Peyton, the Pro Football Hall of Famer, owns hundreds of millions of dollars as his net worth, Ashley also owns assets worth millions. And no, not from her marriage to the American football legend. Thompson is a headstrong businesswoman and a real estate developer. Thinking about the couple, many of Peyton's fans wonder how the relationship between the former NFL star and his life partner is. Please read about Manning and his squeeze, Ashley, and their married life!

Ashley Thompson Manning and her husband met before Peyton Manning was a freshman!

Not quite a high school sweetheart, but Ashley Thompson and Peyton Manning had their first encounter when the former NFL star was heading to college! And the duo of Ashley and Peyton were introduced by Thompson's next-door neighbor in the early 90s. Likewise, some would consider it "love at first sight" for Manning. 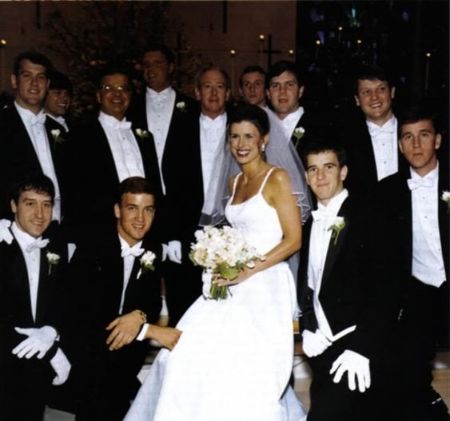 As luck would have it, Ashley joined the same college as Peyton. And in 1994, Manning and his future wife, Thompson, joined the University of Tennessee. After they reconnected in college, the American football legend started dating his now-wife.

Ashley and Peyton dated throughout college and after finishing college. Thompson earned a degree in finance and marketing. And the athlete's wife used her education to make millions. Manning and his squeeze continued dating for years after leaving their college life behind.

And finally, on March 17th, 2001, Ashley and Peyton tied the knot. On St. Patrick's Day, the couple officially became husband and wife. The first years of their lives as a married couple went on the same. Likewise, Ashley and Peyton stayed focused on their respective career. As such, Manning and his wife didn't choose to welcome kids for almost a decade of their marriage.

Ashley Thompson and Manning gave birth to twins in 2011!

After a decade into their marriage, Ashley Thompson and her husband, Peyton Manning, became parents. Sometimes it feels that fate does have a sense of humor, as Thompson welcomed a pair of kids in 2011. Although Manning and his wife may have had trouble handling twins in their first parenting experience, he and his spouse were over the moon when they had a pair of angels in their marriage. 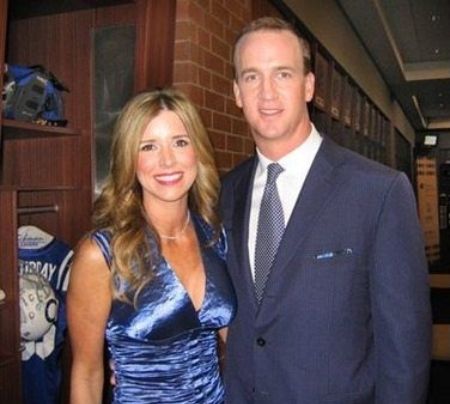 On March 31st, 2011, Peyton and his supporting wife, Ashley, gave birth to fraternal twins. The married duo, Manning and Thompson, welcomed a son and a daughter for their first time as parents. And they decided to name their children Marshall Williams Manning and Mosley Thompson Manning.

Besides their birth date and names, Ashley keeps her babies away from the limelight. Like their mother, the twins enjoy a life away from the spotlight. And their parents, Thompson and Peyton, do their best to protect the privacy of the little ones. And as of 2022, Ashley's twins turned eleven years old.

Peyton Manning and his wife, Ashley Thompson, do their part to help the community!

Many athletes dip their hands in philanthropic projects, but Peyton Manning started his charitable organization shortly after his career in the NFL took off. Likewise, The Peyback Foundation helped thousands, if not millions, of disadvantaged kids in Louisiana, Tennessee, Indiana, and Colorado. The NFL legend was also honored with Samuel S. Beard Award for his efforts with the foundation. 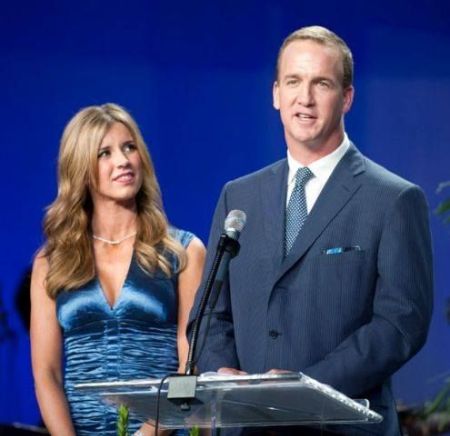 Peyton Manning and his wife, Ashley Thompson, were on stage giving a speech. SOURCE: Pinterest

St. Vincent Hospital in Indianapolis renamed its children's hospital to Peyton Manning Children's Hospital in September 2007. And the ex-NFL star and his wife probably donated millions of dollars to the medical center, but the exact amount of the said donation remains hidden from the public.

And in more recent times, the former quarterback and his wife, Ashley Thompson, launched a scholarship program. And they started the program in honor of Peyton's late teammate Demaryius Thomas. In the beginning, the Peyback foundation teamed up with Georgia Tech for the scholarships, and after some time, six other colleges and universities joined the scholarship program.