The Bazooka aka Markie DeLuca, with a Pro Boxing Record of 24-2-0, fights in the Welterweight Division. He joined the United States Marine state Corps in 2008. He has an alliance with Murphys Boxing, founder Ken Casey who is also his Promoter. He trains under Hector Bermudez. He lost against Kell Brook in his last match on 8 February 2020. He made his debut on 7 April 2007 at Freeport (I.B.E.W) Hall in Dorchester.

The Massachusetts native is born on 12 February 1988 under the star sign Aquarius. His father's name is Mark Senior. Mark jr is the eldest in the family and grew up alongside two brothers and two sisters whom he had to care of and had a responsibility to them, according to the reports from Nigel Collins from Sony ESPN.

DeLuca, fighting out of Whiteman, Massachusetts, looks upto Rocky Marciano, Marvin Hagler, and Tony Demarco, local guys who made it.

Mark DeLuca's Net Worth and Career Earnings in 2020

The former marine of the United States who also served time in Afganistan has a estimated Net Worth of $350,000. Mark accumulated earning from his fighting career and his time at the Marine. His recent earnings from the bouts against Brooks sum upto $250,000 plus Fight Purse Payout. 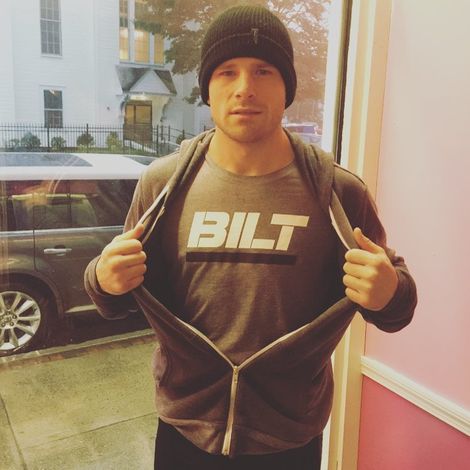 He served in the marine corps in 2008. He served two years of his life at the Marine Corps. A U.S Marine Corps earns between $24,917 to $100,523 annually. However, the reason for Mark to join the Marine was to help out. According to DeLuca, "The No.1 reason I joined the Marines was to help out and do my part for the United States."

The Welterweight champ also has sponsorship and endorsement deals from different companies that add value to the 68.9 Kg DeLuca. WowHydrate signed a Two-Year deal with DeLuca whose Ambassadors include Tyson Fury, Ruben Loft-Cheek, and Billy Searle. He also has a clothing line that sells different Bazooka Merchandise. He has endorsed Bilt.

Mark De Luca is currently single and hasn't been seen with anybody other than her siblings and fellow fighters in his Instagram post. He is fully concentrated on his career and spending time at the gym perfecting his skills. 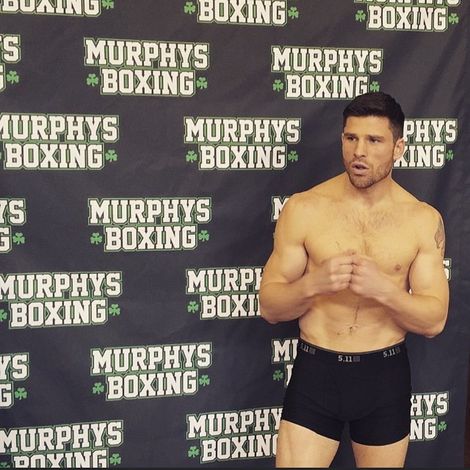 Having thousands of dollars yet still living a simple yet fulfilling life is one of the qualities of DeLuca which he acquired during his life at the marine corps and his boxing training. He lives a simple life and enjoys alongside his family whom he loves very much. As he is from a fighting background, he is well disciplined and focused, which might be the reason for his single life.

The 5' 9'' has faced a total of 26 bouts altogether and has lost only two bouts to date which is very impressive for the 31-years-old fighter. Unfortunately, he lost to Kell Brook in his last bout. 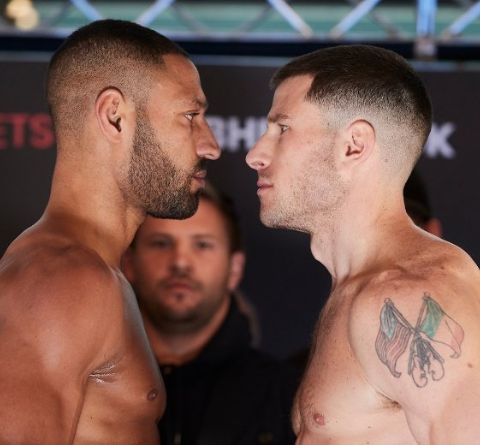 Other than kell, his only defeat was against Walter Wright. His other bouts were against Brandon Brewer, Jimmy Williams, and other fighters which he all won. He has won 12 bouts by Knockouts which again is impressive for the champ. His next bout is yet to be confirmed.

The 68.9 Kg Mark grew up in a home consumed by the boxing culture. His father Mark Sr. was a former fighter and used to run the South Shore Police Athletic League gym in Quincy, his hometown. He inherited the nickname "Bazooka" from his father who got the name because of how hard he hit his opponents. 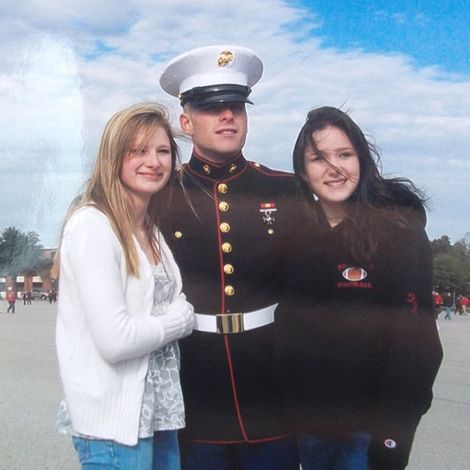 Mark DeLuca alongside his sisters at the Marine Corp Gr SOURCE: [email protected]

He grew alongside 4 siblings, all of whom boxed at one time in their life including her sisters Rachel DeLuca, Alison DeLuca. His brothers are Matt DeLuca, Zack DeLuca.