Marco Antonio Barrera is a Mexican former boxer why competed professionally from 1990 to 2011. During his tenure, he held multiple world championships in three weight classes: 2X WBO junior featherweight 1995 and 2011, the Ring magazine and lineal featherweight titles between 2001 and 2003, and the unified WBC and IBF super featherweight titles between 2004 and 2007. Inducted into the International Boxing Hall of Fame in 2017, he is currently ranked #89 greatest pound-for-pound boxer of all time by BoxRec.

How Much Is Marco Antonio Barrera's Net Worth In 2021?

Marco Antonio Barrera entered the top 10- highest earnings boxers of all time in 2014 with an estimated net worth of $85 million. His highest purse is reported $3 million for fighting Pacquiao by Golden Boy in 2007. About the highest pay-per-view to date was his fight against Juan Manuel Marquez which generated 225,000 pay-per-view buys and $10.1 million in television revenue. Though there is no exact figure how much he made from his boxing career, it is sure he made no less than the six-digit figure per fight.

No doubt Marco Antonio has a lavish lifestyle. However, the boxer has always lived a lowkey life. There is no information about his real estate properties, vechiles, or other investments.

Marco Antonio Barrera maintains a very private stance about his personal life. The boxer often commented that his family is very important to him. Currently, he is married to Sandra Barrera with whom he shares two children Jimena and Marco Jr. 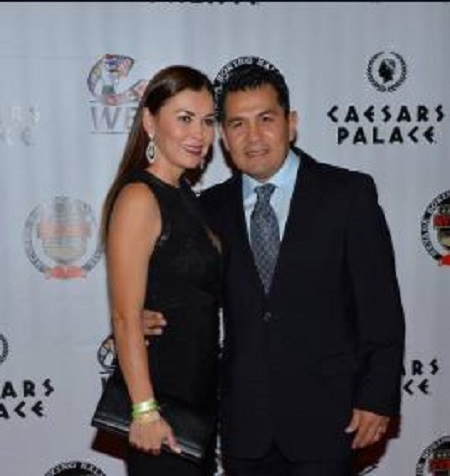 Unlike other wags, Sandra remains a bit distant from the limelight, however, she was present when her husband was inducted Boxing Hall Of Fame in 2017.

Career and Next Fight

On 22nd November 1989, Marco Antonio made his professional debut against David Felix. He won the fights via TKO. After a series of 15 wins, he won his career's first title, Mexico super flyweight title, and retained five more times. On 28th March 1993, he won NABF super flyweight title defeating Eduardo Ramirez.

His last fight was against Jose Arias on 12th February 2011.