Makur Maker is an Australian basketball player. For now, he is entering the 2020 NBA Draft. The NBA agreed to allow Maker, to be eligible for the upcoming draft class though the nineteen years old was two credits short of graduating with his original 2019 high school class in California.

Agile at nearly 7-foot, Maker declared for the 2020 NBA Draft. Maker, the No. 75 prospect in the ESPN top 100, has taken a circuitous route to the NBA draft. He first started to receive NBA attention at the Pangos All-American Camp and Adidas Nations in the summer of 2017.

His recruiting profile increased with his game on the summer AAU circuit with Dream Vision, where he averaged 14.7 points, 7.9 rebounds, and one block in 26 minutes per game. The NBA draft is projected for June 25, 2020, in Brooklyn. However, it is uncertain for now due to the ongoing global Covid-19 pandemic. 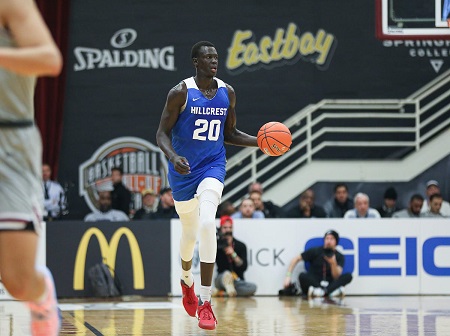 As a matter of fact, Makur has just finished high school and yet to turn professional Hence, the information regarding his financial aspect would be inappropriate again. Nevertheless, if Maker goes pick in this upcoming draft, he will have his annual salary in a million. As per estimation, the 2nd round late draftee the three years contract worth $4,198,912, earning annually $1,399,637.

Born as one of eight children, Makur has six brothers and one sister. He has been away from his family for nearly five years now and admits it takes its toll. He said, "Missing family is one of the hardest things about being away from home. I've got six brothers and one sister. Every time I'm on the floor, I'm doing it for them. Just missing them, not seeing them every time." Further, he added, "But, I'm used to it now, and take that as energy, and fuel to the fire." 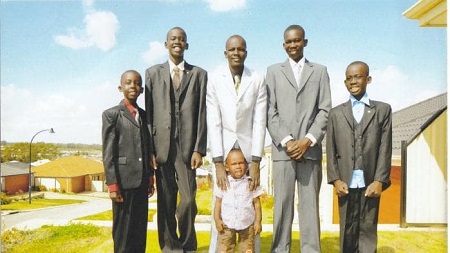 On the other hand, Makur's fan is curious to know his love life. However, the big young man has held his personal life private. He is possibly single.

After immigrating to Perth as a one-year-old, he grew up as a typical Perth boy. He enrolled at St. Andrews Catholic Primary School, before joining Irene McCormick Catholic College for high school. Before basketball, soccer was his main interest, playing as a striker, and going to the beach with his friends to play beach soccer.

His height giant 6'11, closing in on 7-foot as well as skillset guided him toward basketball, where an opportunity to play in the United States opened up. Further, he went to The Tech Academy in Sault St. Marie from Chaminade High School in California, and even a year of homeschooling, before settling in at Orange Lutheran High School, back on the West Coast.

Later, he transferred to Pacific Academy in Irvine, California. There he continued his career with the affiliated program, Center of International Basketball Academy.  On October 17, 2019, he announced he submitted paper eligibility for the 2020 NBA draft.

On December 18, 2020, he joined Hillcrest Prep in Phoenix, Arizona, for the remainder of the season.

A consensus five-star recruit, Maker is one of the most highly rated centers in the 2020 recruiting class. What's more, for the collegiate career he was offered by UCLA, then Oregon, then USC; now, the likes of Kansas and Kentucky are calling, but he already declared for the NBA Draft.