Two times Big Ten player of the year, Maggie Lucas is an American professional basketball player who currently plays as a Shooting guard for the Atlanta Dream of the Women's National Basketball Association (WNBA). Additionally, she was first selected by the Phoenix Mercury as a 2nd round, 21st overall pick in 2014 WNBA draft.

Born and raised in Philadelphia, Pennsylvania, Lucas is an American native. Also, she was born on November 29, 1991, under the star sign, Sagittarius. Maggie who belongs to the white ethnic group was born to Betsy and Albert Lucas.

The famous WNBA shooting gaurd, Maggie is Lesbian by her sexual orientation. Moreover, she is in a relationship with a beautiful girl named Miss Jyane.

The love between them is clearly evident from their respective social accounts. In addition, Maggie never misses to comment and react on almost every Instagram picture of Jyane with love and kisses. 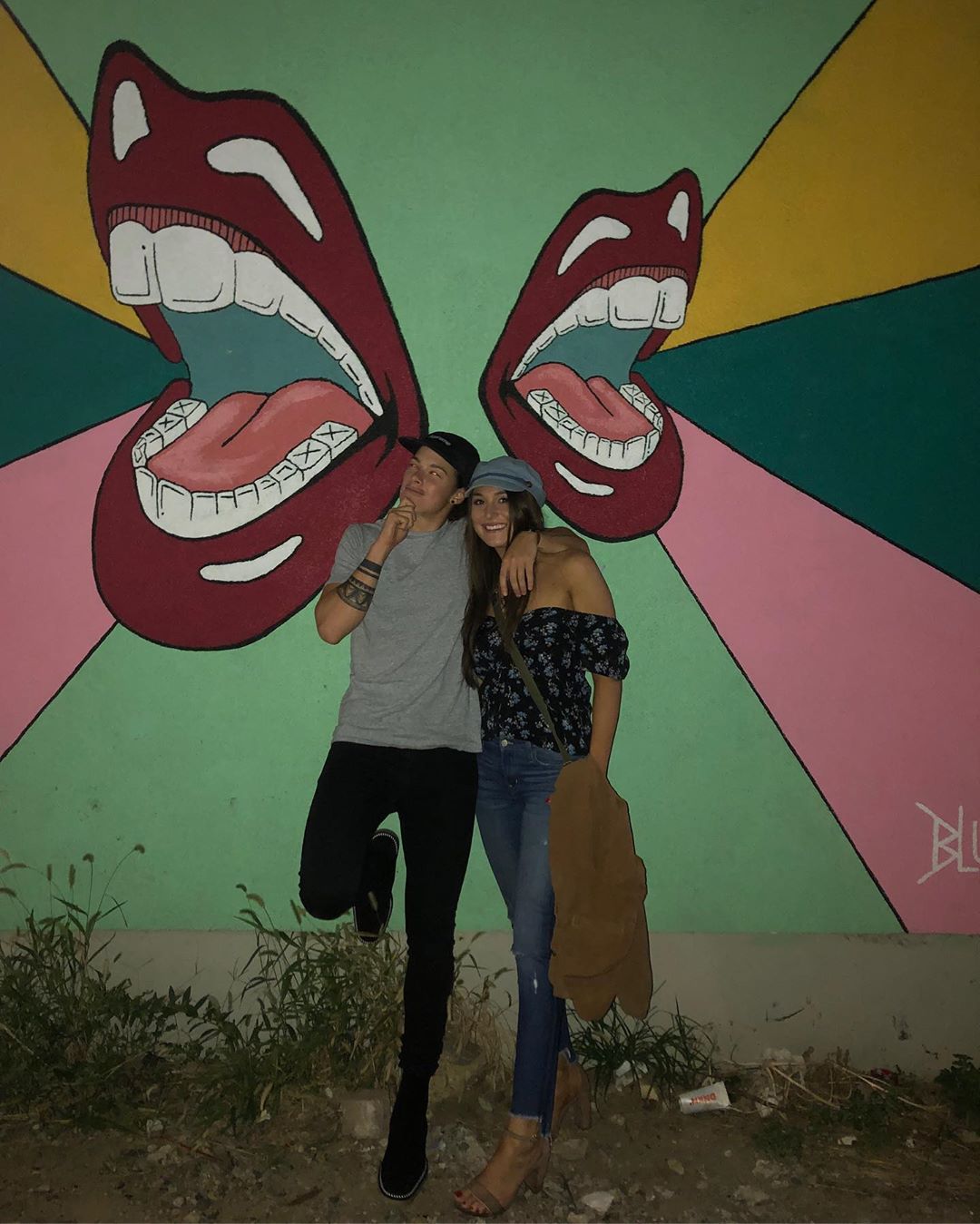 She often posts pictures with Jyane on her Instagram and out of many, in one of her posts, she posted a picture. Captioning "Thankful for this galllll right here and Philly agrees with ya ."

Additionally, on the occasion of Jyane's birthday, she posted a romantic picture captioning: 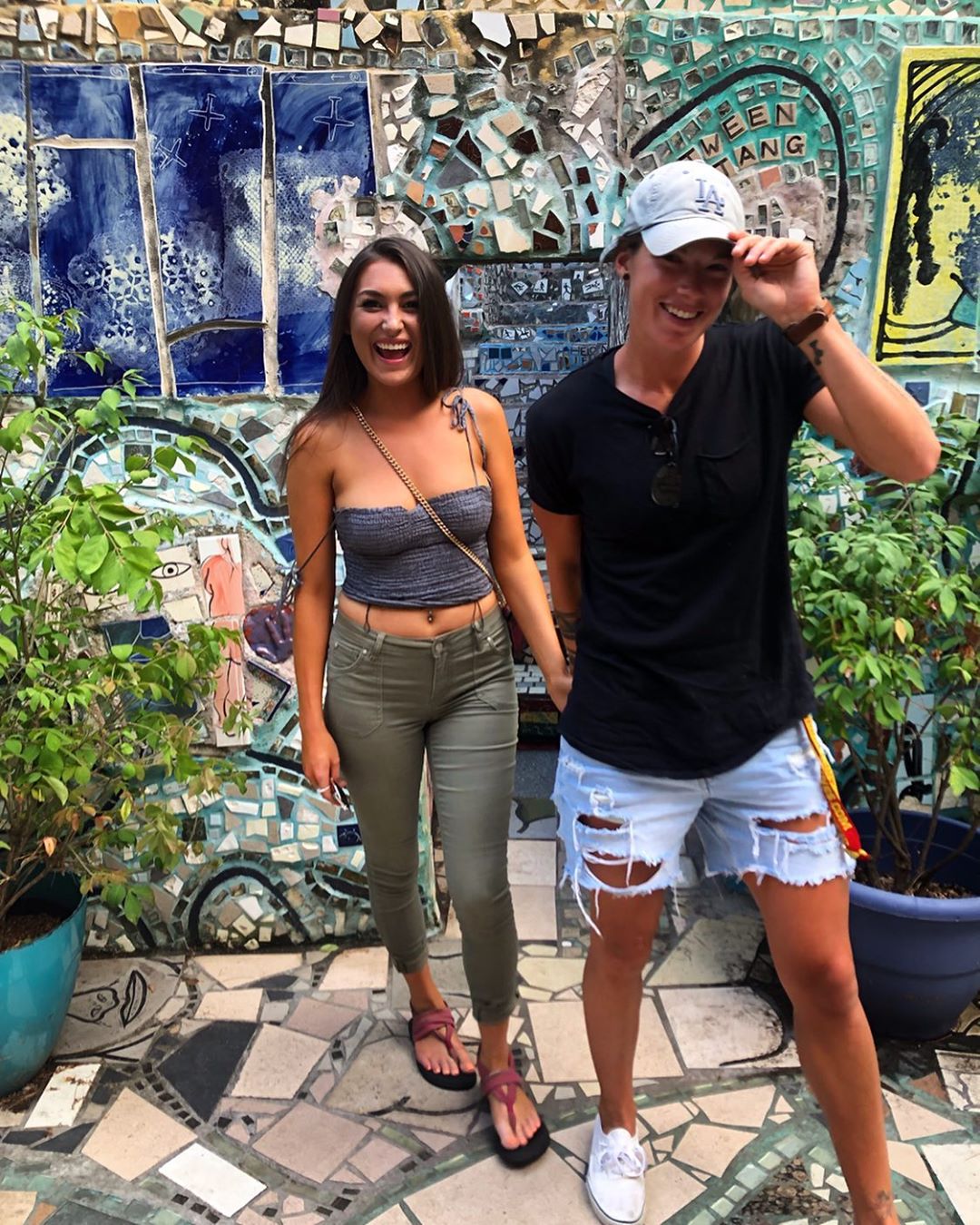 On the other hand, recently on November 29th, 2019, on the occasion of Maggie's birthday, Jayne showered an immense love to her partner, posting a picture to make the date memorable. 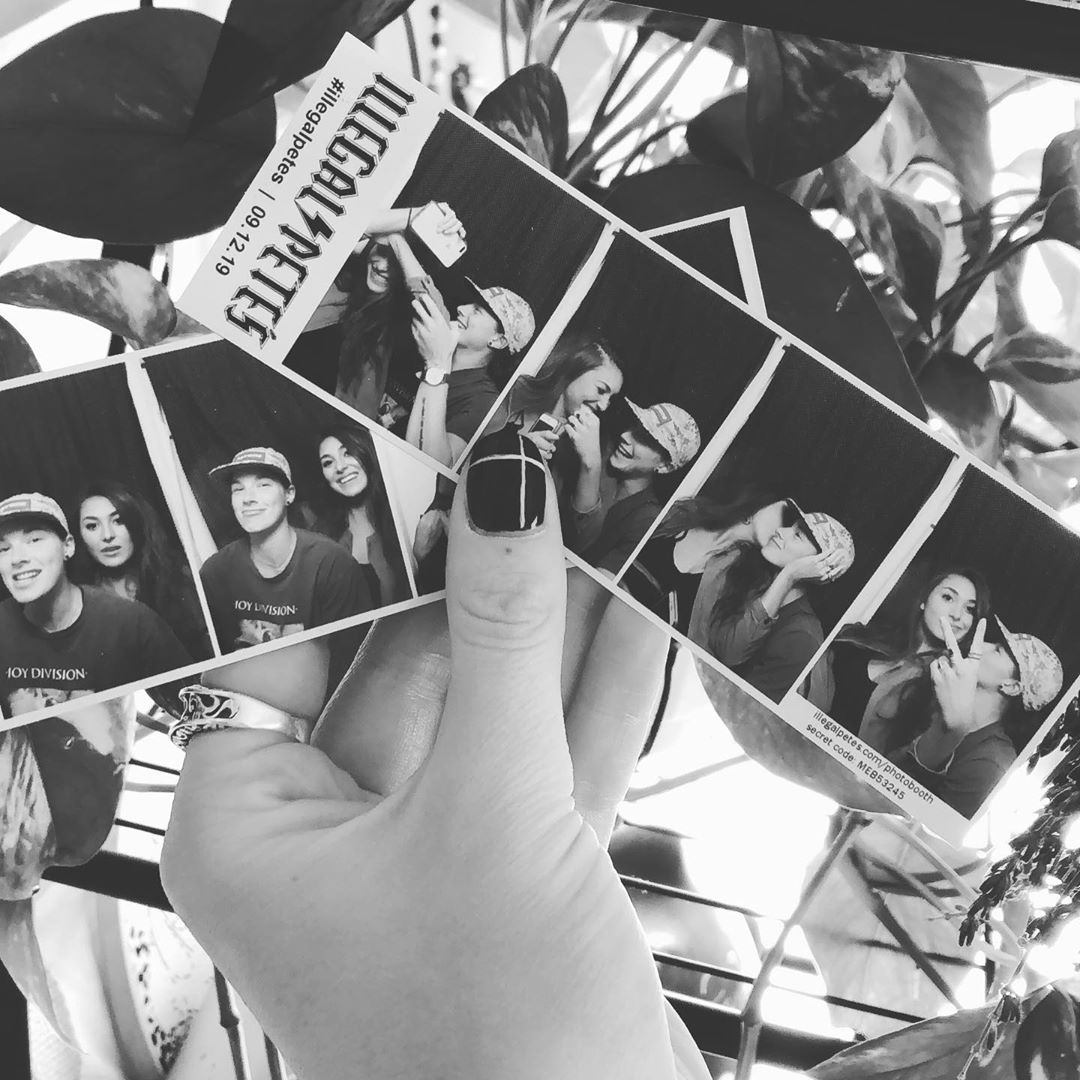 She captioned the picture saying: "you are the sweetest thing that’s ever touched my heart. I’m forever grateful for our little love story and for what’s to come happy birthday you sexy thaang, I love you."

Apart from relationship and affairs, she seems to be a travel freak as she has been spotted enjoying her time in some of the exotic holidaying spots including China. Additionally, Maggie is a Gym freak who has a perfect and bulky body which she regularly flaunts in her social accounts. 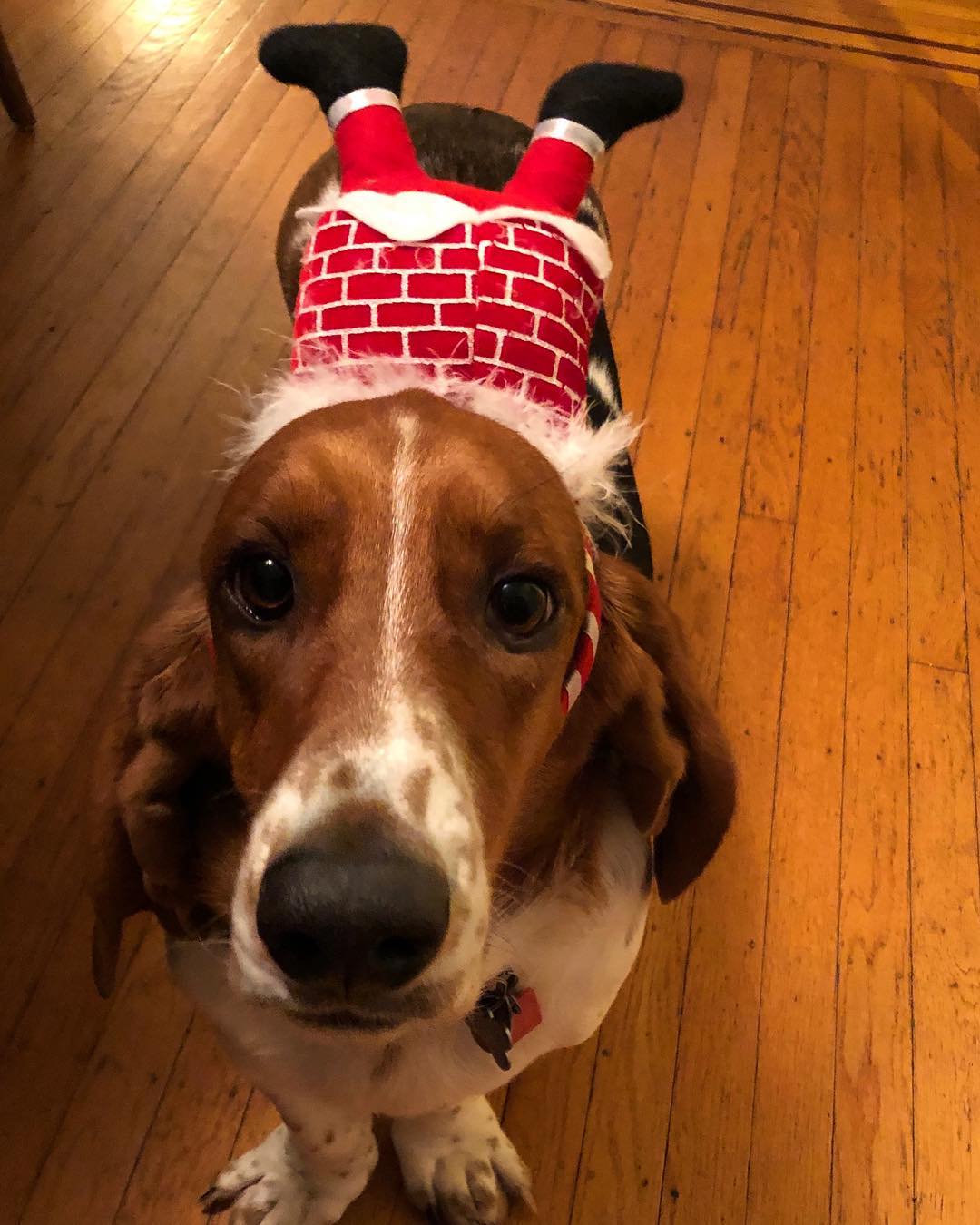 The Pennsylvania State University graduate, Lucas seems to be a pet lover as she is currently parenting two dogs. Moreover, she often posts a picture of her dogs on her Instagram account and considers them as her son. She once posted a picture of her dog, Stanely.

captioning the picture with "Someone’s in the Christmas spirit!  see you in two weeks son!!"

Currently, she is playing for the WNBA team, Atlanta Dream and reports suggest that she might be earning around $55,000 as an average annual salary from the team. Comparatively, the renowned players of the team such as Angel McCoughtry, Elizabeth Williams is earning $117,500 as an annual average salary respectively. 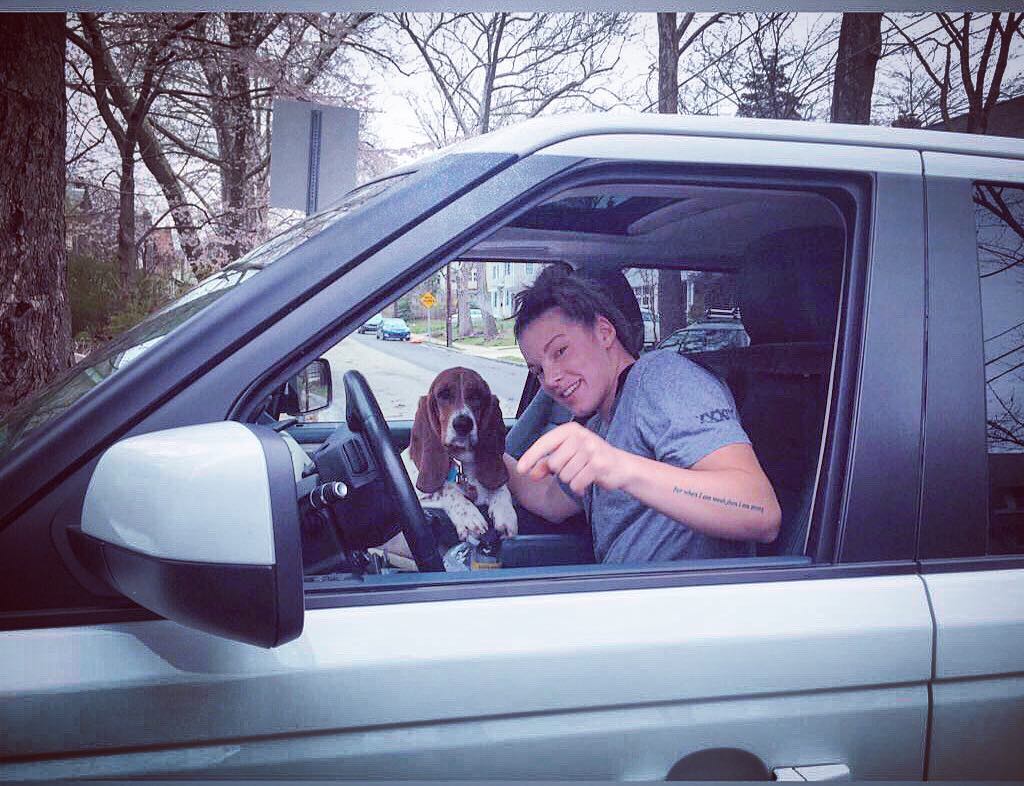 Maggie Lucas posing with her dog in her car SOURCE: Instagram @maggielucas33

The 28 years old young basketball player, Maggie is enjoying an endorsement deal with Nike brand through which she must be earning a convincing amount of money. Additionally, she also owns an expensive car which she has flaunted on her Instagram account.

My journey, my path is mine. It hasn’t been easy coming back from what I’ve faced. Even when you are “back” it takes time to adjust and find your rhythm again. I was out for two years and the game of basketball didn’t just stop and wait for me to heal. I’ve worked thru self doubt, physical pain, and mental hurdles and I still do every day.. but it feels DAMN GOOD when everything starts to click again.. the work never stops and the challenges continue but wouldn’t have it any other way. #MGM #XXXIII #NOQUITINME Thank you @3dglobalsports again for the amazing opportunity! For any of your highlight video needs hit up the extremely talented @frost__video ????

Germantown Academy Alumni, Maggie has been playing basketball since 2014 and with the reference, it's obvious for her to have gathered a massive net worth. Although the exact figure is not available in the media yet, her net worth is assumed to be around a five-digit figure.

As of 2019, Maggie is currently playing for the Atlanta Dream of the Women's National Basketball Association (WNBA) as a Shooting Guard. Additionally, she was first selected by the Phoenix Mercury as a 2nd round, 21st overall pick in 2014 WNBA draft.