Angel McCoughtry is an American professional basketball player who was picked first overall by the Atlanta Dream in the 2009 WNBA Draft and is considered its franchise player. She has also played internationally in Slovakia, Turkey, Lebanon, Russia, and Hungary.

Angel McCoughtry Net worth and Salary

McCoughtry's net worth is reported to be around $2 million as of 2020. The significant source of her income is her basketball career.

New WNBA rules allow a maximum base salary of $215,000 for the incumbent team, which McCoughtry could have earned had she been cored by the Dream.

Also, she owns an ice cream store called "McCoughtry's Ice Cream" in Atlanta which also adds a decent sum to her bank account.

With tremendous net worth, she is living a lavish lifestyle.

Angel McCoughtry has a gigantic height of 6 feet and 1 inch. She has a huge number of fans on social networking sites. People followed her on Twitter. One can see her status and uploads photos on Facebook. Her fans are extensively growing on Instagram.

Angel McCoughtry came out as a lesbian in April 2015, announcing through the Instagram post while dating actress girlfriend Brande Elise. The two also got engaged in Turkey and planned for the wedding. 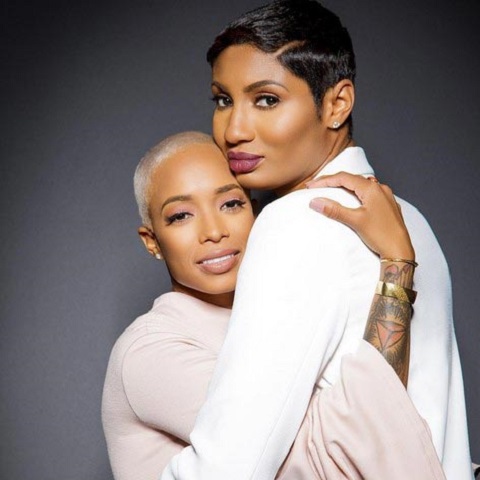 “Yes, we have been discriminated against! We lost friends! Family members are upset! They said I disgraced my religion! One thing I do know is that LOVE is a great feeling! My last overseas team threatened my job if I didn’t write a fake letter on social media saying my relationship was a lie. But all I know, Love is a great feeling! I understand we all judge and it's in human nature, but the more I speak to God I never feel judgment front the man upstairs, even tho he has all the power too! He tells me to fall, learn, and grow because that's life. But to always keep my heart pure and believe totally in him. All I know love is a great feeling and GOD is Love.”

However, the two seem to have parted ways and are no more together. Hence, she is possibly single and unmarried.

Angel McCoughtry whose full name is Angel Lajuane McCoughtry was born on September 10, 1986, in Baltimore, Maryland USA. McCoughtry finished her college career at the University of Louisville in 2009.

At an early age, McCoughtry established herself as a successful basketball player. Her nationality is American and ethnicity is black. Her birth sign is Virgo.

She was born to Sharon and Roi McCoughtry. She is popular among her fans. She played her collegiate career from 2005 to 2009. She was the star basketball player of the University of Louisville. She plays at the position of forward for her team.

From an early age, she has shown her great devotion at the game of basketball. She excelled in the game of basketball through her basketball career. After accomplishing her high school, she attended the University of Louisville. She played there for four years. She was there from 2005 to 2009. She played her awesomely throughout her collegiate career. It also has provided him a perfect career to enter into the WNBA world.

After her collegiate career, Angel McCoughtry was selected first overall by the Atlanta Dream in the 2009 WNBA Draft and considered its franchise player. She also has played for the Turkish team Mersin BSB in the Turkish Women’s Basketball League.