Michael McCorkle Jones is an American football quarterback for the New England Patriots of the National Football League. He was selected by the Patriots in the first round, with the 15th overall pick. He finished his collegiate career with the Alabama Crimson Tide, winning 2 CFP National Championship (2017, 2020), Davey O'Brien Award (2020), was named the First team All SEC (2000), and SEC Scholar-Athlete of the Year (2020).

Jones was born on September 5, 1998, in Jacksonville, Florida to Gordon and Holly Jones. His father was a tennis player at Florida State University while his brother played soccer at Mercer University and his sister played tennis for the College of Charleston.

Jones was redshirted in his Alabama freshman year in 2017. That season, in the Crimson Tide's spring game, he threw for 289 yards and two touchdowns.

The next season, Jones appeared in 14 of the Crimson Tide's 15 games and added a 94-yard touchdown pass to Jaylen Waddle, the second-longest in school history in a win against Louisiana men's football.

In the second half of the 2019 season, he served as the starting quarterback in the absence of Tua Tagovailao who was sidelined due to a hip injury. That season, Jones led Alabama to a 35-16 win over Michigan in the Citrus Bowl and altogether finished the year with 14 touchdown passes for 1503 yards in 11 games. 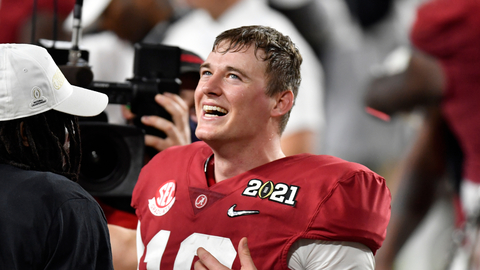 Jones was one of five quarterbacks and six Alabama players taken in the first round. SOURCE: University of Alabama Athletics

The 6-foot-3 quarterback would finish the season throwing for 4500 yards with 41 touchdowns and 4 interceptions. Jones was also named a finalist for the Heisman Trophy, which went to his teammate DeVonta Smith.

The former Crimson Tide's no 10 and North Dakota State quarterback, Trey Lance were considered the most probable selections of the San Francisco 49ers. The 49ers, however, selected the latter while Jones was drafted 15th overall by the New England Patriots.

Considering his contracts with the New England Patriots, Jones is four years shy from amassing a net worth no less than $10 million. The supposition is under the projection that the rookie is going to receive a four-year deal with the value, $15.58million (fully guaranteed) including an $8.6million signing bonus. This means he already has millions of dollars being dropped in his account. 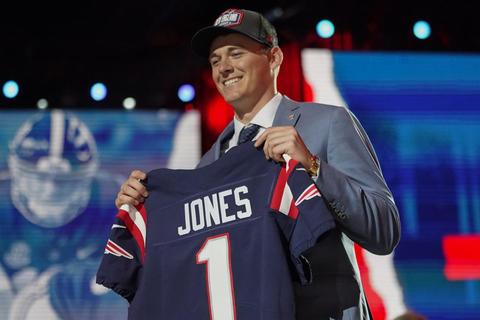 CAPTION: Mac Jones played college football at Alabama where he was recognized as an All-American in 2020 SOURCE: NFL Committee

The accord will also include a fifth-year option. Analysts say, had Jones gone to the 49ers at No 3, he would have signed a four-year, $34.105million deal that was fully assured.

Jones is currently in a relationship with his fellow University of Alabama alum, Sophie Scott. The couple was last spotted together at the NFL Draft 2021 in Cleveland, Ohio. Scott studied at Kirkwood High School and like her better half, was also an athlete during her teenage years. She was a Division I recruit with Kirkwood's soccer team. After graduating high school, she suffered two subsequent ACL injuries.

Sources mention his girlfriend, Scott is pursuing kinesiology and exercise science at the University of Alabama. She is also employed at the University of Orthopedic Clinic. Scott, often, has been seen supporting Jones' games - she was by the visitor dugout for her boyfriend's CFP National Championship final. 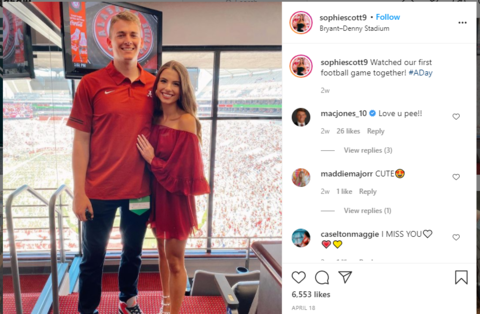 On September 29, 2020, the pair celebrated their first anniversary of being together. They have dated since September 2019 and met during their first year of college.