Davon Montel Godchaux aka Davon Godchaux is a well-known Professional American football player. He serves as a defensive tackle for the New England Patriots in the National Football League (NFL). The 6x Super Bowl champion New England Patriots, based in the Greater Boston area, is one of the top NFL teams managed by the head coach Bill Belichick. Davon represented and played his college football at Louisiana State University (LSU).

Davon Godchauz is a 2017 NFL draft selected in the 5th round by the Miami Dolphins. He was the 178th pick in the overall 2017 NFL Draft. He is also one of the popular faces in the American football business. He is also known by his nickname "Big Poppa." Davon is now signed to the NFL team New England Patriots and playing as a defensive tackle. He is the given jersey number 92 on his team.

Davon Montel Godchaux famously known as Davon Godchaux was born in Plaquemine, Louisiana on 11 November 1994. As per nationality, he is American. Further, the 27-year-old footballer belongs to the Afro-American ethnic neighborhood.

Davon Godchaux, the NFL player peaks 6 ft 3 inches or 1.91m in height. He weighs around 311lbs or 141 kg. He is a hugely built player who regularly hits the gym to maintain his physique. Davon is also regarded as one of the strongest defensive tackles in the NFL. Furthermore, his sun sign is Scorpius, and he has a dark skin complexion with short black curly hair.

Davon Montel Godchaux, the Plaquemine, Louisiana-born athlete, is born to his beloved father, Raynard Parker and mother, Albertha Godchaux. Both of his parents are of American nationality. The player was born in a well-to-do family where everything seemed to be the proper place.

Observing his social media, Davon seems to be more closed to his mother. He doesn't appear to be in a good term with his father, Raynard. His parents are also strong Christians who obey and believe in their faith and values.

For your information, he is not the only child in his family. Along with him, he has three siblings. They are Raynard Godchaux, his twin brother Devin Godchaux and his sister Jemica Godchaux who had stage IV cervical cancer. Luckily, she beat it and is healthy now. Raynard is the eldest among all. Godchaux's siblings are very supportive and share a strong bond.

With his twin brother Devin, he attended the coeducational public high school Plaquemine, located in Louisiana. Later on, he joined Louisiana States university for further studies. His academic level was not impressive; he was not interested in studying; rather, he spent most of his time in Football. He is a 2016 LSU graduate. Hoever, there is no clue about the subject he graduated on.

The 6 ft 3 inches, 141 kg NFL defensive tackle Devon Godchaux joined Plaquemin Highschool, where he played as an All-state defensive lineman for the team. In his first year at Plaquemine, Devon had 60 tackles and four sacks. Davon's performance and form were at their peak during that time. Plaquemine, the Louisiana native, was even honored as the US All-Army All-American. The American international Devon was ESPN's four-star recruit and no. 22 defensive prospect. 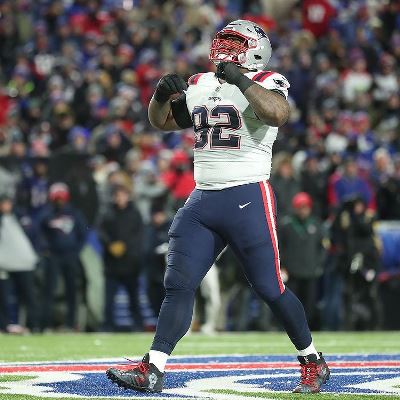 After high school, he was offered by LSU and UCLA. The footballer chose LSU and was committed to playing college football from 2014 to 2016. Likewise, he was an essential player for the Tigers as well. In his fresher season, former Miami Dolphins star player performed as a defensive end in LSU's 3-4 defense with the, playing in 36 games, conceded 62 tackles, 8.5 sacks for losses of 6.5 sacks, one pass defense and two fumble recoveries. Shortly after the 2106 Citrus Citrus, he declared for 2917 NFL.

His dreams of playing in the National Football League were accomplished when Miami Dolphins drafted him in the 5th round, 178 pick overall of the 2017 NFL. The tackle was placed on the reserved team on 16 October 2021 and spent three playing for the team. After his contract with the Dolphins ended, the New England Patriots signed him on 23 March 2021, agreeing with the cap hit of $15,000,000 for the two seasons. As per the report updated in 2021, the former LSU player has over NFL stats of 244 tackles, four sacks, forced fumbles, and two deflected passes.

Davon Godchaux is currently dating Chanel Iman, the fashion model and Instagram star with more than 2.9 million followers. Chanel is five years older than Davon, but as we all know age is just a number. The couple is very genuine about their relationship with the public. Both of them share their shots on thier Instagram handles. People started dishing when the duo attended the Coach Valley Music and Arts Festival in 2022. 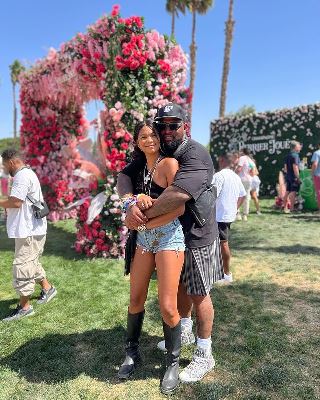 Finally, on 17 April, his GF Chanel opened up about them by sharing of romantic picture of her kissing Davon on her Instagram. Onwards, the couple attended several shows and events. The nosy defensive tackle Devon also has a son from his previous partner. However, he has kept his son's mother in the dark. The footballer feels blessed to have him as a son and take him wherever he goes.

What are the net worth and annual earnings of NFL star player Devon Godchaux? 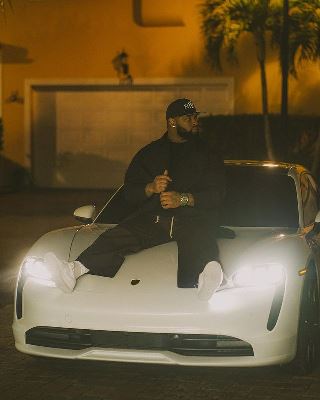 Besides football, he also set football into the clothing and real estate business, which led to massively growing his net worth. The American nationality, Davon, is also fond of fashion and prefers branded products. In addition, he has an amazing limited-edition sneaker collection which he flexes on his social handles.

Davon Godchaux, the discreet and heavily built NFL defensive tackle, appears to be an active media user. He uses his social media very wisely. The American nationality is available on various media. But in comparison, Davon favors Instagram and Twitter over others. He goes by the Instagram name @chauxdown, a verified account with followers of 38.1k.

Likewise, his Twitter handle is @Davon Godchaux, with 13.6 followers. Via these social media, Davon keeps his fans up to date about their personal life and sports-related news. The athlete also utilizes his handles as a channel for advertising his brands and sponsorships. Big Poppa is also one of the most dug American football players in the United States.