Luke Joeckel is a retired American football offensive lineman. Following his collegiate career at Texas A&M, he was picked by the Jacksonville Jaguars with second overall in the 2013 NFL Draft. With Jaguars he played until 2016 and a season with Seattle Seahawks.

Arlington, Texas native, Luke Joeckel was born on 6th November 1991, under the star sign Scorpio. The thirty years old holds an American nationality and is of white ethnic background. He stands 6 ft 6 in (1.98 m) tall and weighs 307 lb (139 kg).

How Much Is Luke Joeckel's Net Worth In 2021? NFL Career Earning

Luke Joeckel is a wealthy footballer from NFL. His net worth as of 2021 is approximately $15 million.

For sure, Luke Joeckel is living a lavish lifestyle but has maintained it low-key.

Luke is married to Cameron. The couple met at Texas A&M University and it was Luke who approached first at a local bar near the University.

After dating for two years, Luke decided it was time to get engaged. In January 2015, he asked Cameron's parents for her hand in marriage and then began planning an engagement trip to California.

Luke said, "She knew I wouldn't propose without her family there, so this helped keep it a surprise." 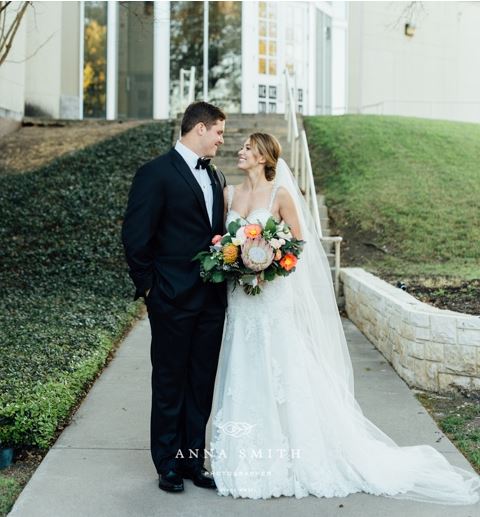 He secretly arranged for Cameron's family to be there too.  They engaged on March 13, 2015, in Alpha Omega Winery, St. Helena, CA. the ring was from JB Star/Underwood's Jewelers.

The following year in April, Luke and Cameron had a grand wedding.

Luke Joeckel is the son of Reecanne and David, a trial lawyer in Fort Worth. His father was an offensive lineman at Texas Tech. Further, his grandfather, Reece Washington played a tight end for Texas Tech as well.

Luke has a twin brother, Matt, a former quarterback for Arlington, and an elder brother, David was an offensive lineman at DePauw.

Joeckel attended Arlington High School, where he was an All-State offensive lineman for the football team. Upon graduation, he chose to enroll at  Texas A&M University, where he played for the Texas A&M Aggies football team from 2010 to 2012.

In the 2013 NFL Draft, Luke Joeckel was picked by the Jacksonville Jaguars with second overall.

Despite playing at the left tackle position during his college. He started as a right tackle in NFL.

On 22nd June 2013, he signed a four-year contract with the Jaguars. The deal was worth $21 million including a $13.8 million signing bonus. On 1st October 2013, the Jaguar traded left tackle Eugene Monroe to the Baltimore Ravens which returned Joeckel to his natural position on the left side.

His rookie season was short-lived, appearing only in five games due to sustaining an ankle injury.

In the 2014 season, he made his comeback. He was viewed as one of the worst offensive tackles in the NFL that season by Pro Football Focus and held him responsible for eight quarterback sacks. That season, he played all 16 games at left tackle.

On 2nd May 2016, the Jaguar announced that they would not pick up the fifth-year option on Joeckel's contract. On 30th August 2016, Joeckel was switched to the left guard position after the newly acquired free agent Kelvin Beachum took over at left tackle.

On 4th October 2016, he was listed on injures reserve after knee surgery. Overall, he concluded his Jaguars career starting  35 games at left tackle from 2013–2015, and four games at left guard in 2016.

On 11th March 2017, Joeckel joined the Seattle Seahawks. That season he started 11 games at left guard.