Luis Moreno is a Panamanian former footballer who is one of the BOD of the Panamanian Football League (LPF) as side Tauro where he also played. Also, he represented his national side, Panama's national football team from 2001-2011, earning 76 caps with no goal. Also, he is notorious for the Owl kicking incident: the bam owl died due to the kick for which he was banned for two matches, a $560 fine as well as community service at a zoo.

The Right back, center back was born on 19th March 1981, in Panama City, Panama. His star sign is Pisces. The thirty-nine years old is a Panamanian by nationality and is of African ethnic background. He stands 1.84 m (6 ft 1⁄2 in).

Along with a name and fame, Luis Moreno has earned a tremendous sum of money through his football career. Mostly played for the Colombian and Panamanian league, he earned $0.1 million per annum during his peak career. Further, there was also a salary from playing for the Panama national team.

After retirement, Moreno is employed as one of the board of directors of the Tauro F.C. As of 2021, his net worth is approximately $0.1 million.

Since retirement as a footballer, Luis Moreno has completely distanced himself from the spotlight. Additionally, his official Instagram has not been updated since then. 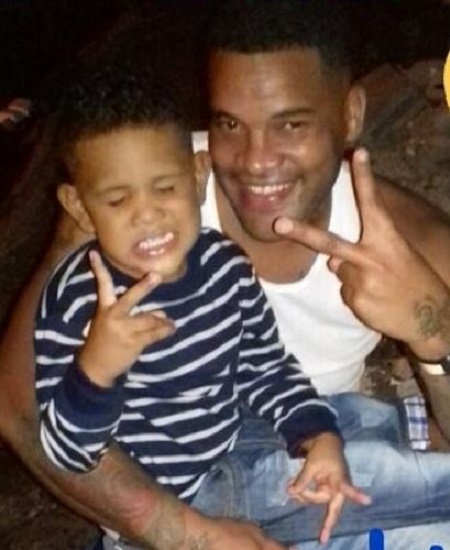 About his relationship status, he has not talked openly about it. It's still unknown if the former footballer is married, dating, or single. But one thing is for sure, he is s father, He has a son.

In 2000, Moreno started his football career professionally with Venezuelan side Deportivo Italia. The following year, he signed to the first division club Tauro. Further, he has a brief stint with Colombian club, Envigado during 2005 and 2006, and later returned to Tauro. In 2006, the Peruvian side Universitario de Deportes offered him however, he chose playTauro.

In January 2007, Moreno joined a Colombian league, Independiente Santa Fe. Later five months, it was announced that Santa Fe terminated his contract following a disciplinary incident. After that, he returned to Tauro, but shortly after signed to the Mexican Primera Division A side Tiburones Rojos.

In the early 2011 season, he was loaned out to Deportivo Pereira. After eight matches, he returned to Tauro. With the team, he has won its tenth league title in 2013.

At the international level, Moreno made his debut for his native nation, Panama in a friendly match against Venezuela in June 2000. He represented Panama in 17 FIFA World Cup qualification matches and has been a key member of the side representing in 3X CONCACAF Gold Cup finals (2005, 2007, and 2009).