Lucas Browne is a well-known Australian professional boxer. He is best known for holding the WBA Heavyweight title in 2016 after beating Ruslan Chagaev and is the first heavyweight champion. Lucas also had the Australian and Commonwealth heavyweight titles between 2012 and 2015. Browne is also a Mixed Martial Artist and Kickboxer.

Lucas Browne was born on April 14, 1979, in Auburn, New South Wales. He seems to the only child born to Leonie Brownie and her husband, Graeme Browne. Lucas started his career as a Nightclub Bouncer and also a professional rugby player in the U-18 team. Browne also made it to the top 50 of Australian Idol 2004. Talking about his physical appearance, Lucas stands Six feet and five inches tall ( 196 cm) and weighs over 120 kgs (264 lbs).

Lucas Browne has an estimated net worth of more than $2 Million. He has accumulated most of his net worth through his successful career in boxing. Also, Lucas must have earned a minimal amount from his career as a bouncer. A boxer earns a reasonable sum from his endorsement deals, contract, and sponsorships. 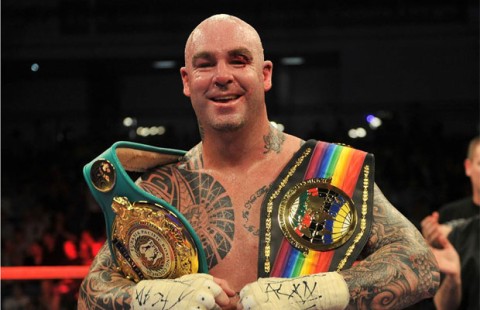 In 2019, Lucas made more than $350,000 from his single fight against David Allen. He lost the match, and his opponent took home $50,000 from the game. In 2020, Lucas made a statement of not playing in Australia, as the pay scale is very much less than other nations. In 2016, Solomon Haumono offered $1 Million as his prize money for Lucas to fight against him. However, Browne never made the final deal.

Lucas Is the Father of Three Children

Lucas is the proud father of three children. Lucas is living a single happy life along with his children. Browne was married to his former wife in his mid-20s. However, Within years after the marriage, Things started to work differently. So, They eventually divorced and moved on. 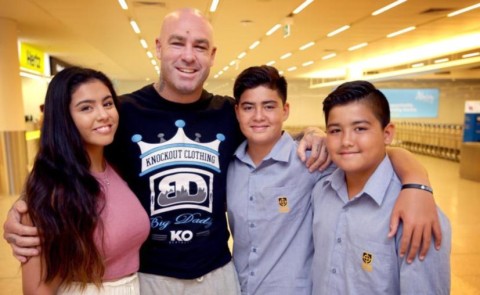 Lucas has three children Angelica, 22, William, 18, and Isaac, 16. There is not a single piece of information about their biological mothers with the public. He has become successful in keeping his personal life away from the media.

Lucas Browne was a Mixed Martial Artist in his early days. He turned professional at the age of thirty in 2009 against Jason Keir and won the match via KO. In 2011, Lucas won his first title of UBC Intercontinental Heavyweight title against Clarence Tillman. Shortly, He won WBF ASIA-Pacific heavyweight title.

In 2014, Browne won Commonwealth and WBC-EPBC heavyweight titles against Eric Martel-Bahoeli. He retained his titles twice. In 2016, He on WBA heavyweight title against Ruslan Chagaev. In 2018, Lucas lost his first professional match against Dillian Whyte. The Australian boxer has played a total of thirty-one games and has won twenty-nine and lost two games. Lucas is going to make a comeback and face Paul Gallen.