LiAngelo Ball is a professional basketball player who played in the Junior Basketball Association( JBA). Prior, he has also played for BC Prienai of the Lithuanian Basketball League as a shooting guard. Ball spent four years at Chino Hills High School in Chino Hills, California, gaining national exposure in 2015–16, playing with his brothers.

Ball has earned a massive net worth which is calculated around $4 million. Liangelo Ball is currently dating his girlfriend Jaden Owens.

Ball’s current net worth exceeds $4 million which he soled made from his basketball career. The annual payments of players can vary from $20,000 to millions of dollars per year, depending on a number of considerations.

Well, he remained undrafted in the NBA so far due to which his earnings are not similar to other professional NBA players. Despite this, he earned a huge sum from his junior leagues which is quite excellent.

Furthermore, the monthly salary reported for the JBA players is around $3,000 and they receive $80 per jersey sale. Although most professional NBA players earn almost $2 million, a few with crossover agreements with the D- League receives as little as $50,000. 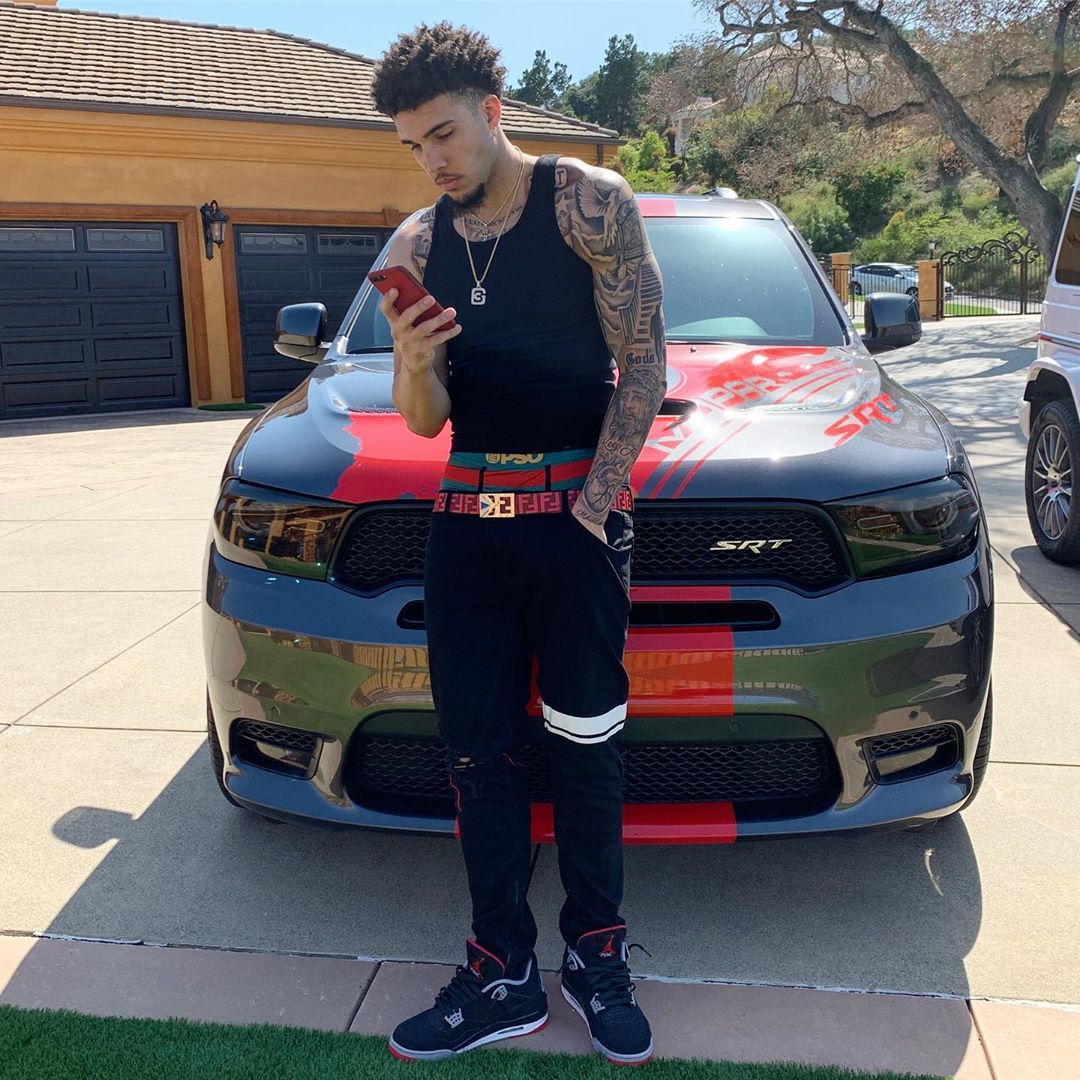 Apart from all his career income, he is also rich in assets as he owns some expensive cars and he is living a luxurious life.

Earlier, LiAngelo Ball dated a girlfriend named Isabella Morris who is YouTuber and social media influencer by profession. In LiAngelo's on-and-off relationship with his girlfriend, Izzy was once rumored to be pregnant.

In November 2018, he confirmed that he has split up with his longtime girlfriend who he started dating in his junior year of high school. 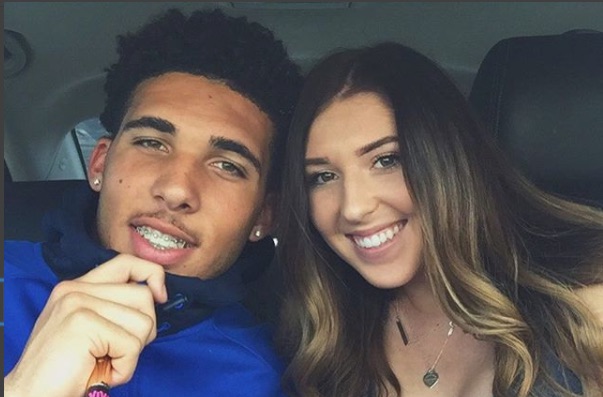 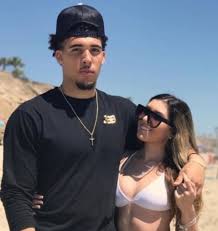 Ball said that he and Owens first met on Instagram and then they met in person when the Los Angeles Ballers played the Atlanta Ballers in Dallas in July. He seems to be popular in his country almost having 2.4 million followers in one of this social media account (INSTAGRAM).

LiAngelo Ball was born on 24 November 1998 in Anaheim, California. LiAngelo Ball is American by birth and has a height of 6feet 5 inches. He completed his high school education from Chino Hills High School.

LiAngelo Ball was born to Lavar and Tina ball, both of his parents were professional basketball players. Lavar played basketball at Washington state of NCAA division one whereas Tina is a former college basketball player. 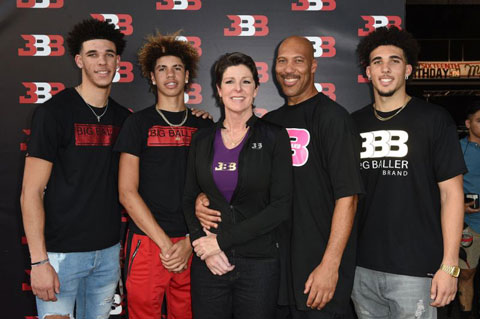 LiAngelo Ball often played basketball in his childhood against older opponents, with teams of fourth and fifth graders while he was in kindergarten. He began to work out and train at the age of four and competed first with his brothers Lonzo and LaMelo at the age of six.

LiAngelo grew up playing basketball with his brothers at Big Ballers VTX which is an amateur athletic union( AAU) under 17 created by their father and coached by both parents.

On August 2011, LiAngelo and his brother took part in the junior phenom camp and LiAngelo was ranked one of the best players in his at the event hosted by The Hoop Online and also played the all-star game of his age group.

During his freshman season in 2013–14, Ball started playing at Chino Hills High School in Chino Hills, California, where he was coached by Steve Baik and was part of a starting lineup with his brother Lonzo Ball, a sophomore at the time.

Read: In which Club Does Lonzo Ball Plays? His Salary, Career Achievement, and Wins

At Southern California regional division one final on March 22, LiAngelo scored 10 points which weren’t enough for his team to win the game against Centennial High School.

In the summer before his 2014–15 Chino Hills sophomore campaign, Ball suffered a foot injury and was excluded from a Fairfax High School tournament in June 2014. On September 14, 2014, he scored 30 points at the Ron Massey Memorial Fall Hoops Classic to beat Cathedral High School, 104–96.

He scored 35 points with seven three points in the title game against Maranatha High School. LiAngelo scored nearly 30 points per game at the tournament and became the most valuable player( MVP).

In the quarterfinals of a tournament hosted by Maranatha High School in December 2014, Ball scored 53 points in a 111- 80 win over Dorsey High School. As his team finished third, he finished the event with 33 points vs. Maranatha.

On March 28, chino hills reached the CIF state Division One championship game where they lost to San Ramon Valley High School, despite Ball’s 23 points including a three-pointer. On April  21, LiAngelo committed verbally to play basketball for UCLA Bruins.

On December 11, LiAngelo signed with the team BC Prienai of Lithuanian Basketball League (LKL). He signed a contract for the remaining season, with both sides having the option to terminate the contract after a month. Ball made a debut on January 9, 2018, for the team Prienai at big baller brand challenge games.

Ball failed to score in his professional debut in the 2017–18 LKL season, shooting 0-of-3 from the field in limited playing time while his team lost to Lietkabelis Panevežys. Ball recorded a game-high of 20 points and 3 rebounds in a loss of 116–93 to Pienso žvaigzdes Pasvalys in his second LKL game.

A week later, he made his debut in the starting lineup for Prienai — and won his first LKL game — with 13 points in a 97–95 victory over šiauli. Later on March 25, in the loss to Nevežis Kedainiai Ball scored his career-high 28 points along with six three-pointers.

On April 25, Ball left Prienai along with his father and brother displaying resentment towards the team’s head coach Virginijus Šeškus.

On 9 July 2018, Ball announced that he was playing for the Junior Basketball Association Los Angeles Ballers, a league founded by his father. Throughout four regular seasons games, ball averaged a league-high 51.8 points and 12 12 rebounds per game.

Later he was named in the roaster for the JBA All-Star game and also took part in Three-point Contest. Ball scored 39 points, 15 rebounds, 7 assists, and 3 steals and with this performance, he was the winner of All-Star Game MVP award. 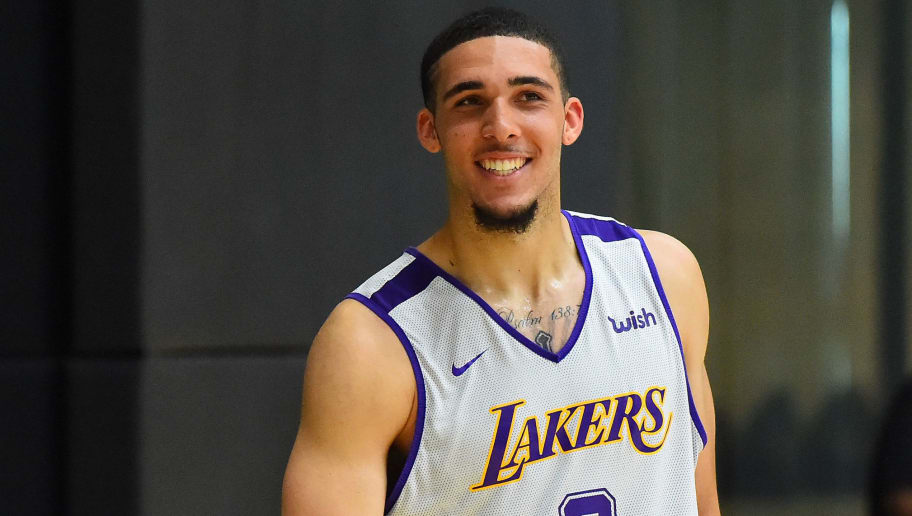 Also read: American Basketball Player Michael Jordan Has Net Worth of $1.39 billion in 2017! Know in details

On August 12, the last day of the 2018 JBA season due to his outstanding stats, Ball was named MVP of the JBA Finals with 58 points, 11 rebounds and 6 assists in the 132–121 victory over the Seattle Ballers. Ball announced that he would enter the player pool to sign in the NBA G League on November 6, 2018.

The NBA player's official registered height is 6 foot and 5 inches but he recently was caught in a height-related debate after fans who went to his practice session for Lakers noticed that he didn't look like a 6'5"er.

Further, he certainly looks smaller than his brother Lonzo and is taller than his teammate Jayne Kamin-Oncea. So, he might be 6 foot 5 inches tall but people are finding the fact hard to swallow.