Gossip In which Club Does Lonzo Ball Plays? His Salary, Career Achievement and Winnings

In which Club Does Lonzo Ball Plays? His Salary, Career Achievement and Winnings

Lonzo Ball is the trending name of the prominent future basketball star. The 20-year-old American basketballer currently plays for Los Angeles Lakers in the NBA as a point guard. And outside the court,  Lonzo is also the loveable boyfriend of his sweetheart Denise Garcia,  a woman's Division I college soccer player with whom he is expecting his first child.

Talking about his career, Lonzo Ball, born as Lonzo Anderson Ball, was drafted by LA Lakers in 2017 NBA draft and in short period of time, the jersey number 2 player has become the favorite of all.

Let's know more about his career, his achievement, and winnings along with his salary from his team.

Lonzo Ball's Salary from the current team: Los Angeles Lakers and his Net worth

Lonzo is reported to be playing basketball at the age of 2, however, the introduction to the basketball got the display in the court after Lozo attended Chino Hills High School. Then in 2015, after Lonzo went to the University of California, his incredible play for the college team marked himself on the watch list of NBA  teams. 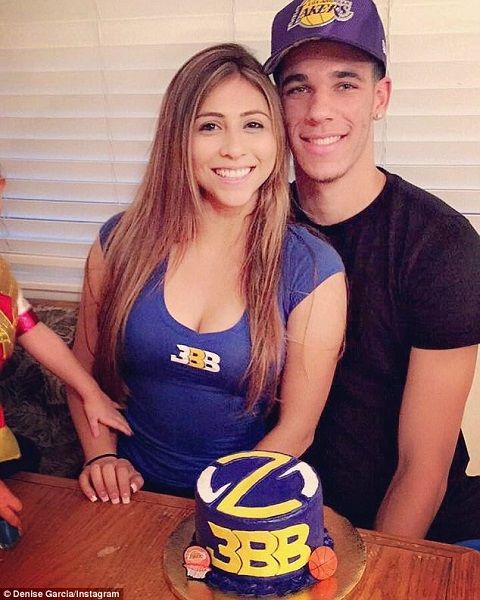 As reported, Lonzo's net worth as of 2017 was reported to be around $5 million.

Lonzo's has earned a lot of honors and awards besides his record,  in the young age. Well, Lonzo's father LaVar and mother, Tina Ball, both are former basketballers, so the same blood of basketball craze runs in him. Furthermore, Lonzo's brothers LiAngelo and LaMelo, also verbally committed to playing college basketball for UCLA (University of California, Los Angeles).

Initially while as a junior in Chino Hills High School, Lonzo averaged 25 points, 11 rebounds, 9.1 assists, 5 blocks, and 5 steals. In 2016, Lonzo led his team to an undefeated record, as well as a national championship for which he won several awards while playing as a high school senior.

Here is the list of Lonzo's award and honors of 2016 listed below:

Then later in November 2015, Lonzo signed a National Letter of Intent to attend the University of California, Los Angeles (UCLA), where he later played for the Bruins.

While starting his 2016 season in UCLA, Lonzo along with his fellow freshman T. J. Leaf shared skills and ideas, leading up the national rankings of UCLA, bouncing back from a 15–17 record from the year before.

Lonzo made 19 points, 11 assists, and eight rebounds in his debut game against Pacific in college. Later, Lonzo was named the MVP of the Wooden Legacy tournament after helping UCLA to a win over Texas A&M in the championship game in 2016. 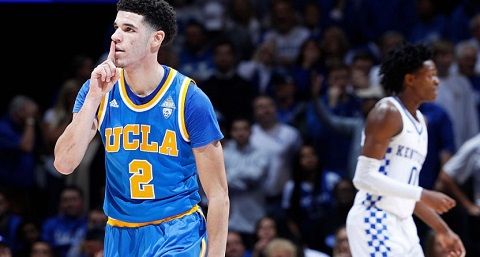 Lonzo also had 22 points, six rebounds, and five assists, while in the blowout win against Washington Huskies and made his career-high 14 assists in a 77–68 win over Washington State. In 2016, Lonzo broke  Gary Payton's 30-year-old Pac-12 season record for assists by a freshman and later won Pac-12 Freshman of the Year in 2017.

For his performance in the college, Lonzo was honored with Wayman Tisdale Award in 2017.

If you don’t believe in yourself, then who will?

Lonzo was also selected to play in the Rising Stars Challenge during NBA All-Star Weekend, however, previously Lonzo's spraining his left shoulder, made his condition even worse and had to withdraw from the contest.

As of now, Lonzo is fully recovered. Let's wish him best and stay tuned for more updates!